The Exploration of the Moon and then onto Mars 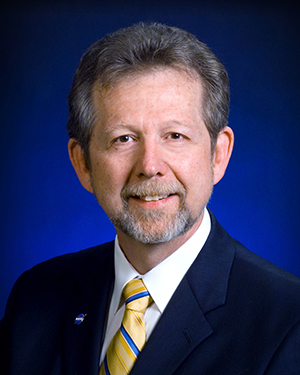 Abstract: Scientists believe that the Moon was formed out of a collision between the Earth and a Mars-sized planet named Theia at a very early stage of the development of the solar system. From then on, the Earth and the Moon’s evolutions have been intertwined. The Moon has kept the Earth’s rotational axis pointing in the same direction, providing a significant level of stability for the Earth’s climate. Today, the Moon holds many fascinating mysteries for scientists to explore. Scientifically, there have been several stunning advances in lunar science as well as a realization that going back to the Moon will provide scientists and explorers the opportunity to live and work on a planetary surface. NASA’s plan is to go to the Moon to stay and then onto Mars. Today, planetary scientists are extensively studying the Red Planet in a way that will prepare humans to be able to live and work there beginning in the late 2030s or early 2040s.

Biography: Jim Green is a scientist and senior advisor in the Office of the Chief Scientist. Prior to this appointment he had been NASA’s Chief Scientist and was the longest serving director of the Planetary Science Division with the overall programmatic responsibility for the New Horizons spacecraft flyby of Pluto, the Juno spacecraft to Jupiter, and the landing of the Curiosity rover on Mars, just to name a few. Dr. Green was awarded Japan’s Kotani Prize in 1996 in recognition of his international science data management activities and received the NASA Exceptional Achievement Medal for the New Horizons flyby of the Pluto system. He has written over 115 scientific articles in refereed journals and over 50 technical articles. In 2015 Jim helped coordinate NASA’s involvement with the film The Martian. Dr. Green received a BA in 1973, an MS in 1976, and a PhD in 1979 in Physics, all from the University of Iowa.

Questions regarding the meeting? Please email units@aps.org for assistance.

After registering, you will receive a confirmation email containing information about joining the webinar.

53rd Annual Meeting of the APS Division of Atomic, Molecular and Optical Physics
May 30-June 3, 2022