Physicists at the National Institute of Standards and Technology (NIST) have built a quantum simulator that can engineer interactions among hundreds of quantum bits (qubits)—10 times more than previous devices. This quantum systems simulator allows scientists to examine systems that are difficult to study in the laboratory and impossible to model with a supercomputer.

The NIST simulator consists of a tiny, single-plane crystal of hundreds of beryllium ions, less than 1 millimeter in diameter, hovering inside a device called a Penning trap. The outermost electron of each ion acts as a tiny quantum magnet and is used as a qubit—the quantum equivalent of a “1” or a “0” in a conventional computer. 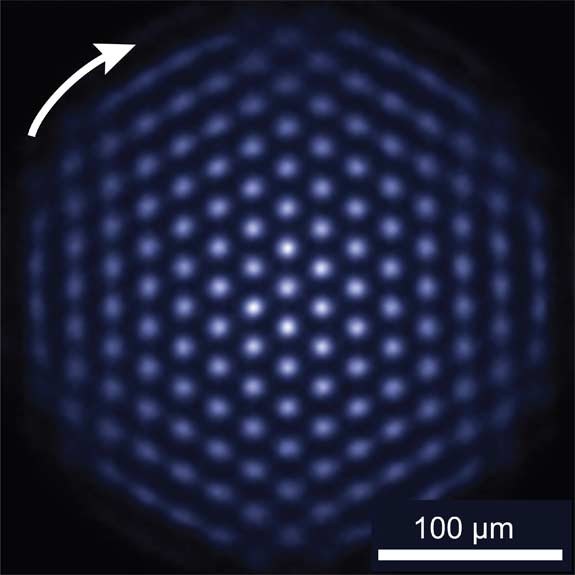 Image Credit: Britton/NIST
In this photograph of the crystal, the ions are fluorescing, indicating the qubits are all in the same state. Under the right experimental conditions, the ion crystal spontaneously forms this nearly perfect triangular lattice structure.