Congratulations to CERN and All of Physics from the APS 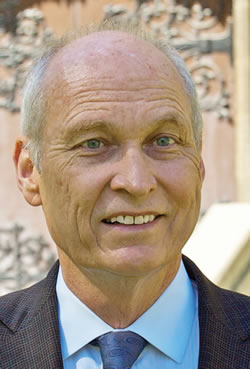 Francois Englert and Peter Higgs won this year's Nobel Prize in Physics for predicting the Higgs mechanism, the process that gives elementary particles their mass. This comes one year after CERN observed the Higgs boson at the Large Hadron Collider.

As President of the American Physical Society I write to you as Director General of the laboratory where the Higgs particle was discovered.

On this day, as Francois Englert and Peter Higgs are honored with the 2013 Nobel Prize for their seminal work of almost 50 years ago, I congratulate you and your laboratory on making this day possible. You brought together thousands of physicists from around the world (including many from the US) to build the most ambitious, most complicated and most expensive science experiment ever mounted, and you succeeded in finding the needle in the haystack. This remarkable achievement captured the attention and the imagination of physicists, scientists and people around the world.

This is a great day for Englert, Higgs, CERN, physics and all of science.