The Division of Astrophysics (DAP), organized in 1970, engages in observational and theoretical investigation that relates to the study of physical processes in stars and other discrete galactic sources, galactic structure and evolution, the early history and evolution of the Universe, and the Sun and solar activity. Division interests also have significant overlap with other APS divisions such as Particles and Fields, Nuclear Physics, and Plasma Physics.

Why APS members should join DAP and other units?

Congratulations to Our Newest APS Fellows

Congratulations to the 2020 Recipient of the Hans A. Bethe Prize
Fiona Harrison, California Institute of Technology 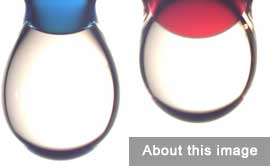