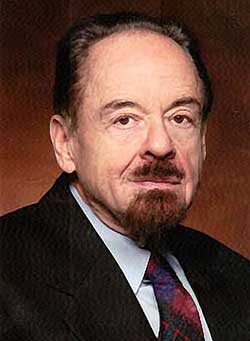 To honor Harry Lustig and to recognize outstanding graduate-level research performed in the Four Corners states. The award, given annually, consists of a $1,000 stipend and a certificate citing the contribution made by the recipient. Finalists will be invited to present their work at the annual Four Corners Section (4CS) meeting and the recipient will be decided after the finalists’ presentations. All finalists will receive registration support for this year’s virtual 4CS meeting.

The award was established in 2015 by the Four Corners Section to encourage graduate-level physics study and to honor the memory of Harry Lustig. Harry Lustig (1925-2011) is widely remembered for his academic achievements as physics professor, Provost, and Vice President for Academic Affairs, City College of New York. At APS, he is also remembered for his contributions as secretary‐treasurer from 1985 to 1996 (simultaneously Acting Executive Secretary 1993‐1994) and for his instrumental role in the formation of the Four Corners Section (4CS).

We are pleased that the Harry Lustig Award has been endowed by gifts from family members and friends of Harry Lustig, as well as members of the APS.

The award is open to graduate students and others working in any area of physics covered by units of the APS. Candidates’ primary affiliation may be outside the 4CS but they must be 4CS members. Candidates must be nominated by a non-student member of 4CS and they must be currently engaged in the nominated research. The research must be at a graduate level and performed or supervised at a University or Laboratory in the 4CS. Undergraduate work does not qualify for this award. Candidates must hold a Bachelor’s degree, which does not have to be in Physics. A Ph.D. related to the work may not be officially conferred before submission deadline, July 31, 2020. The Harry Lustig Award should be awarded to a single individual.

Nomination packages must be submitted as a single PDF file by the nominator to the Chair of the Harry Lustig Award committee (Kathrin Spendier, email: lustigaward@aps.org) in an email attachment by July 31, 2020. The nomination package consists of the following materials:

2. A supporting letter in addition to the nomination letter that may not exceed two pages.

3. An abstract of the work with a limit of 1300 characters and spaces, the candidate's full name, 4CS affiliation, and a title for the work.

4. A short description of the work prepared by the candidate describing the work or accomplishment. The description may not exceed 1200 words and must include a title for the work.

5. A copy of the candidate's curriculum vitae.

Receipt of submissions will be acknowledged by return email. Please contact the chair of the Harry Lustig Award committee if an acknowledgement is not received within one week. Once a nomination packet is submitted, updates to the nomination will be permitted up to the submission deadline, July 31, 2020 (please send a single new PDF file in this case). Any 4CS member may submit one nomination in any given year.

Applications are evaluated primarily on the quality of the candidate’s work including: overall scientific merit; creativity and originality; and the quality of the candidate’s written description of the work. In addition the selection committee will consider the strength of the nomination and supporting letters; the involvement of the student in physics activities; publications resulted from the work, and the significance and relevance of the work in a larger context. Finalists will be notified via email by mid-September.

Finalists will be invited to present their research at the virtual 4CS meeting, October 23 - 24, 2020. Presentations should be limited to the nominated research topic and accessible to a general physics audience. The length of the presentation is 20 minutes followed by some questions. The award recipient will be decided after the finalists’ presentations based on a combination of the quality of the work, caliber of the presentation, and responses to critical questions.

Harry Lustig spent his first career at CCNY, then “retired” to become APS secretary‐treasurer. Harry was important to the early days of the Forum on the History of Physics, and helped establish the endowments for the LeRoy Apker Award, Joseph A. Burton Forum Award, and the Abraham Pais Prize for History of Physics. After APS, Harry "retired" again, this time to Santa Fe. His love for the area contributed to his instrumental role in the formation of the Four Corners Section, and he was very active in the affairs of the Section in its early days. Born September 23, 1925, in Vienna, Austria, Harry Lustig passed away March 17, 2011, in Santa Fe.