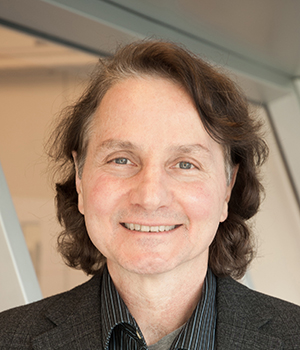 
National Institute of Standards and Technology Fellow Joseph A. Stroscio received his B.S. and an M.S. in Physics from the University of Rhode Island in 1980, and a M.S. and Ph.D. in Physics from Cornell University in 1986. Stroscio’s passion for instrument design began during his graduate work in Wilson Ho’s group at Cornell University, performing innovative studies of surface phonon and plasmon excitations with low energy electron energy loss spectroscopy. Stroscio pioneered the development of scanning tunneling microscopy (STM) and spectroscopy measurements with Dr. Randal M. Feenstra at the IBM T. J. Watson Research Center. Stroscio performed some of the first ultra high vacuum scanning tunneling spectroscopy measurements, which showed that the STM does not simply image atoms, but measures the energy-resolved local density of electronic states. Stroscio joined NIST in 1987 to lead the scanning tunneling microscopy effort in the Electron Physics Group. His current research focus is on low-dimensional electron systems in graphene and related 2D materials. Over the course of his career, Stroscio has created some of the most advanced scanning probe microscopes. He is the recipient of an Arthur S. Flemming Award, the Department of Commerce Silver and Gold Medal Awards, the Sigma Xi Young Scientist Award, the Nano 50 Award, the American Vacuum Society Nanotechnology Recognition Award, and the NIST Samuel Wesley Stratton Award. He is also a recipient of the Presidential Rank Award and the Heinrich Rohrer Grand Medal.