The APS Council – My perceptions as International Councillor

After being elected as International Councillor of the APS Council in mid-2009 I realized what a big responsibility this was. I was expected to represent, in a 30 Members plus 7 Officers Council, all regions in the world. Of course I was not prepared to deal with questions relevant to each one of them. During 1 ½ years as Councillor – my 2-years term ends next December – I was lucky to meet many special people and to be able to vote for some important issues impacting the international physics community. 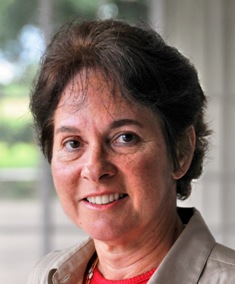 The evening before my first meeting, in April 2010, I met Amy Flatten, Director of the APS Office of International Affairs. She was, and I became, very excited with the possible approval by the Council of a USA/ Brazil Exchange Program to be agreed upon and conducted by the respective Physical societies APS and SBF, in terms similar to the already ongoing program with India. This SBF/APS program was approved by the Council in the meeting and is now fully operational. New Exchange Programs are about to be established with Argentina, Chile, China and South Africa, with negotiations at different stages in each case. Amy Flatten enthusiastically presents the reports on International Affairs in every Council meeting.

There is a clear trend in the APS towards becoming more international, and that’s for good reason: there are of the order of 10,000 international members, meaning 25% of non-student members are from countries other than the U.S. The APS meetings are now truly international. Besides presenting their work and attending high quality sections, scientists can plan well ahead to discuss with collaborators and other colleagues from different countries during the event. Also, the Physical Review series publishes more papers from abroad than from authors working in the U.S.

Expressing my opinion in the Council meeting was always a bit intimidating, given the number of distinguished members (most native English speakers) and the meeting room layout. Ken Cole, the Assistant to the Council, actually a most efficient assistant, has always been supportive and ready to help. The intervention I remember giving in my first meeting was about the increase of the number of International Councillors, from 1 to 4: I expressed my great relief on behalf of the future International Councillors that would be able to split by 4 the responsibility to represent different regions.

APS journals were always discussed in the Council meetings, with regular reports presented by the Editor-in-Chief and by the Treasurer/Publisher. The expansion of the existing building for editorial activities was approved in April 2010 and progress reports were given in subsequent Council meetings. In April 2011 the Editorial Board of the newly created journal, Phys Rev X, was presented to the Council. It has 22 US and 21 International members. Two women from the U.S. are included.

Other topics regularly brought to the Council and that I found of particular interest to developing countries are Education & Diversity, and Outreach. A lot of quality material (books, videos, public events) were proposed and completed by the APS Committees typically within a year. This was true essentially in all other areas where APS contributes.

My latest activity related to APS started in the April 2011 meeting, when Amy Flatten asked me to represent APS in a one-day workshop on "World Cooperation in Physics: Bridging the Gaps" a satellite workshop of the Brazilian Physics Meeting 2011, the SBF Annual Meeting. There I met Raul Grigera, from Argentina, member of the Committee of International Scientifics Affairs (CISA), who also participated in the workshop, bringing additional information from his APS experience. The resulting joint presentation was named: "APS from the perspective of Latin American members of APS committees" went very well. In preparation for this, I got interesting data from Amy, including the APS international members’ regional distribution, which I reproduce here:

To see ideas turn into proposals which become a reality after a year or so was a very stimulating experience and a lesson from APS to take back home.

Belita Koiller, an APS International Councillor is Professor of Physics at the Instituto de Fisica, Universidade Federal do Rio de Janeiro (UFRJ) , Brazil and is a Condensed Matter Theorist.