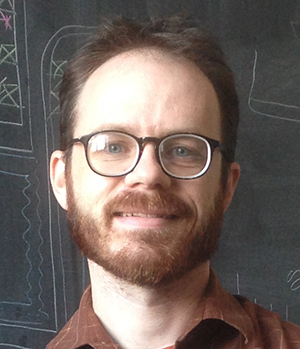 "for fundamental contributions to the development of new techniques for the direct detection of dark matter, including the bubble chamber and xenon time projection chamber."


Eric Dahl is an assistant professor at Northwestern University’s physics and astronomy department, and an associate scientist joint appointee at the Fermi National Accelerator Laboratory. Dahl has made fundamental contributions to the development of new techniques for the direct detection of dark matter, including the bubble chamber and xenon time projection chamber. Currently a member of the PICO and LZ Collaborations, Dahl’s focus is on the detector physics and background discrimination methods that make a future dark matter discovery possible. This focus led him to the development of the scintillating bubble chamber, a fusion of these two technologies with the potential to surpass either as a tool for dark matter detection and the study of coherent elastic neutrino-nucleus scattering. Before joining the Northwestern faculty, Dahl was a postdoctoral fellow at the Kavli Institute for Cosmological Physics at the University of Chicago. He received his Ph.D. from Princeton University in 2009 and his B.S. in physics from Carnegie Mellon University in 2002. Dahl also received a Department of Energy Early Career Award in 2014 and the Presidential Early Career Award for Scientists and Engineers (PECASE) in 2017.