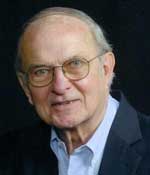 
Carl R. Hagen was born and raised in Chicago.  He pursued his studies in physics at M.I.T. obtaining his bachelor and master degrees in 1958.  Also at M.I.T. he completed his Ph.D. in 1963 with a thesis topic in quantum electrodynamics. Later that year he became a research associate at the University of Rochester eventually rising to the position of professor.  On leave to Imperial College in London in1964 he collaborated on the broken symmetry problems subsequently recognized by the Sakurai Prize.   He worked at the ICTP in Trieste, Italy in 1967, spending a month of that time at the American University in Beirut lecturing and carrying on research.  In 2008 he was selected as an Outstanding Referee by the American Physical Society.  His research work has largely been  concerned with various aspects of quantum field theory.  This has included the formulation and quantization of higher spin field theories within the context of Galilean relativity as well as that of special relativity.  More recent applications include studies of Chern-Simons field theories and their special cases such as the Aharonov-Bohm effect.