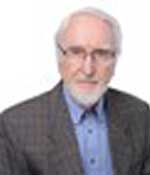 "For the detailed, theoretical description of intrabeam scattering, which has empowered major discoveries in a broad range of disciplines by a wide variety of accelerators, including hadron colliders, damping rings/linear colliders, and low emittance synchrotron light sources."