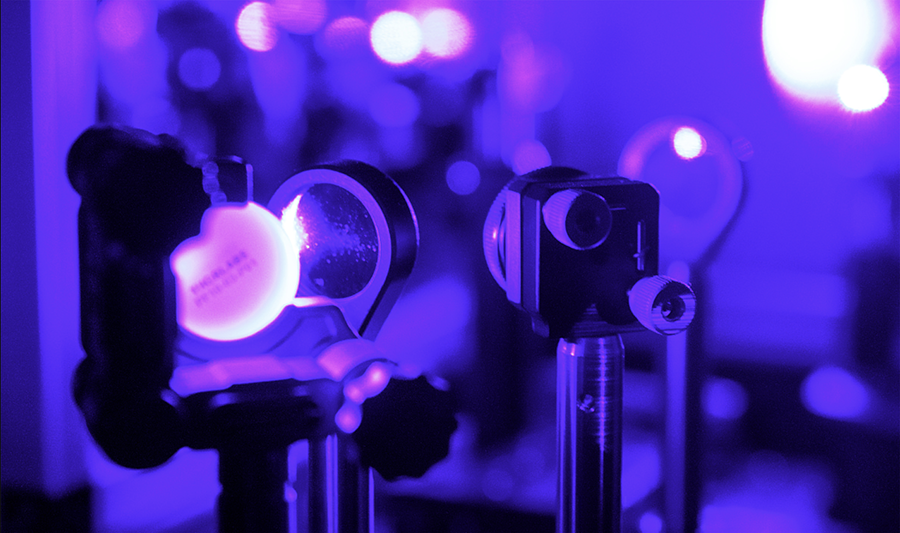 Following the passage of the CHIPS and Science Act of 2022, which will bolster the nation’s scientific and technological competitiveness, APS celebrates the sustained advocacy efforts by its members that helped the bill become law.

Past APS President Sylvester James Gates Jr. advocated for key sections of the bill by co-authoring an op-ed in The Hill, writing letters to leaders in Congress and the White House, and participating in a global competitiveness panel sponsored by the Task Force on American Innovation, an alliance of US research universities, corporations, and scientific societies.

“When I heard the news about the bill becoming law, I felt a deep satisfaction that the work of APS members, staff, and leadership played such an important and sustaining role,” said Gates, who is now the Clark Leadership Chair in Science at the University of Maryland.

Gerald Blazey, Vice President for Research and Innovation Partnerships at Northern Illinois University, co-authored the op-ed with Gates and testified before Congress about research funding inequities.

“The law offers several mechanisms to broaden participation in research and STEM,” Blazey said, including at smaller institutions. In support of this effort, the law establishes a new category of academic institutions, the Emerging Research Institution (ERI), and creates a pilot program for partnerships between flagship research institutions and ERIs.

The law will also help the scientific community manage disruptions to the nation’s helium supply. “[It’s a] life saver for so many—in chemistry, physics, and engineering—all of us who use helium for cooling, for lifting applications, and in other specialized processes,” said Sophia Hayes, Vice Dean of Graduate Education and Professor of Chemistry at Washington University in St. Louis. She advocated for the helium provision to analysts who assist both White House officials and two House congressional committees.

Programs that encourage helium recycling and reuse, and the infrastructure and equipment that support it, “will help sustain the US research enterprise” for decades to come, Hayes added.

The law also seeks to protect STEM workers from hostile work environments. According to a 2018 National Academies study, nearly three in four undergraduate women reported experiencing sexual harassment, which can deter them from STEM professions.

To change this, the law created a working group that will develop uniform sexual and gender harassment policies and metrics for federal research agencies.

Mark Elsesser, Director of APS Government Affairs, noted that the law—“the most significant science legislation in more than a decade”—was the culmination of years of effort, which were vital to ensuring that it included three of APS’s science policy priorities. “It would not have been possible without the hard work of APS members, leadership, and staff.”