APS Continues Progress to Make US More Welcoming for Science

Matthew Olsen, Assistant Attorney General for National Security, recently announced that the China Initiative, which sowed fear among some APS members and curtailed legitimate collaborations, has ended in its current form. APS was a leading voice in calling for reforms to the initiative—holding community events to highlight the policy’s negative impacts, launching a grassroots campaign to raise awareness with Congress, and having APS leadership meet with FBI staff and US Department of Justice (DOJ) officials to push for changes.

“While I remain focused on the evolving, significant threat that the government of China poses, I have concluded that this initiative is not the right approach,” said Olsen during a February 23 speech. “Safeguarding the integrity and transparency of research institutions is a matter of national security. But so is ensuring that we continue to attract the best and the brightest researchers and scholars to our country from all around the world—and that we all continue to honor our tradition of academic openness and collaboration.” 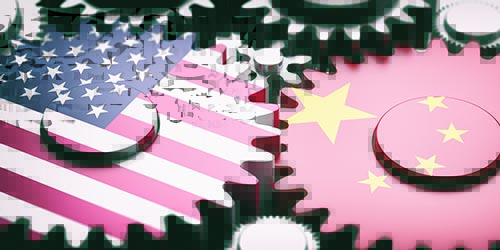 APS President Frances Hellman said while APS understands that there are real and viable threats facing the nation, the Society is relieved that the China Initiative will likely no longer be a hindrance to the best and brightest researchers coming to the US to study and work.

“APS looks forward to continuing to help ensure that the US provides an environment that welcomes international students and all physicists, and that encourages the open, free exchange of information in fundamental science,” she said.

The Society has long advocated for the federal government to take a balanced approach to address its research security concerns, specifically fears that foreign governments such as China are attempting to illegally acquire the nation’s most advanced technologies must be balanced with ensuring that the pursuit of fundamental science not be adversely affected. APS, while acknowledging that there are legitimate national security concerns, has maintained that the initiative was not the right approach to address those concerns.

For example, in a letter addressed to Biden Administration officials, Past APS President Sylvester James Gates, Jr. outlined a series of recommendations for adjusting the initiative. After the letter’s release, Society leaders and APS Government Affairs staff met with DOJ officials regarding the initiative and its potential reformulation. During a meeting with the FBI, staff described the agency’s plans for a research security “pivot,”—a rebalancing of investigations where the FBI focuses on intentional, malign activity and federal agencies handle non-disclosure cases that are administrative or inadvertent in nature.

APS remains committed to ensuring that the best and brightest scientists have opportunities to make their careers in the US. And to that end, the Society is leading several scientific organizations in support of Temple University physics professor Xiaoxing Xi’s case to hold the US government accountable for his wrongful arrest and prosecution in 2015 after he was accused of sending American technology to China. To support Xi, APS drafted a legal document—called an amicus brief—and filed it with the US Court of Appeals for the Third Circuit on February 14, 2022. The American Association for the Advancement of Science, the American Statistical Association, the American Geophysical Union, and the Gerontological Society of America joined the brief, and it states that: “The government’s wrongful arrest and prosecution of scientists and engineers, particularly those of Chinese descent, is harming the US’s reputation as the most desirable destination for the best and brightest scientists to make their careers. That loss of talented scientists reduces the quality and quantity of our nation’s trained technical workforce and thereby harms both the economy and our national security.”

In addition, the brief makes the point that, “To mitigate these negative impacts, the federal government must be held accountable when it engages in actions like the wrongful arrest of Mr. Xi. Government accountability is a necessary step to: restoring our nation as a destination of choice for international scientists; restoring confidence among US scientists that fundamental research collaborations posing no economic or security threat to the US can be pursued without threat of prosecution; and restoring the confidence of Asian-American scientists that there is equal justice under law.”

Francis Slakey, APS Chief External Affairs Officer, said about the brief: “APS stands with physicists, and we are a voice for physicists, so we were very willing to take our message to court in support of Professor Xi.”

Relatedly, APS was encouraged by the recent release of the Biden Administration’s implementation guidance for National Security Presidential Memorandum 33 (NSPM-33). The guidance document provides federal science agencies direction on key areas of research security.Published as a report by the National Science and Technology Council Subcommittee on Research Security of the Joint Committee on the Research Environment, the guidance document contains the three primary provisions for agencies that APS had advocated for. They include: establishing a risk-based approach to assessing threats; providing a pathway to enable researchers to correct past disclosure mistakes; and involving the Department of Justice only “when warranted.” Additionally, the guidance document explicitly requires that “Agencies must implement NSPM-33 provisions and related requirements in a nondiscriminatory manner that does not stigmatize or treat unfairly members of the research community, including members of ethnic or racial minority groups.”

“We are optimistic that this guidance document points the way to a more appropriate use of the judicial system to address criminal matters but leaves the scientific community and the federal science agencies to address non-criminal scientific transgressions,” said Hellman.

Mark Elsesser, Director of APS Government Affairs, said he is encouraged by the progress the Society has made on its advocacy for a balanced approach to research security concerns, and he added that those efforts must continue.

“I'm proud of the role that APS and its members played to help us reach this better place. As we move forward, APS will continue to engage with the government on these issues. We need to work together to have our community once again feel comfortable with engaging in international collaborations and to restore the US as the destination of choice for international physicists,” he said.