March 6 marks the anniversary of the 1953 submission of the Metropolis Monte Carlo algorithm to the Journal of Chemical Physics.

The algorithm, devised to explore the capability of the earliest computers, spawned a whole class of data analysis techniques, known as Markov Chain Monte Carlo methods. Today, these methods have become a cornerstone of modern data science.

“Nearly every quantitative scientist in the entire world uses Markov Chain Monte Carlo, whether they know it or not,” astronomer Benjamin Pope of the University of Queensland said. “It's completely revolutionized statistics and data analysis.” People have used Markov Chain Monte Carlo methods in applications ranging from modeling exoplanet orbits to stock market assets to COVID-19.

Yet for years, the story behind the Metropolis algorithm remained “shrouded in mystery,” as physicist James Gubernatis wrote in a 2003 article commemorating the algorithm’s 50th anniversary. The paper’s five authors, two of them women, pivoted away from the work soon after. Only one author, Marshall Rosenbluth, has given a detailed perspective on the algorithm’s development. 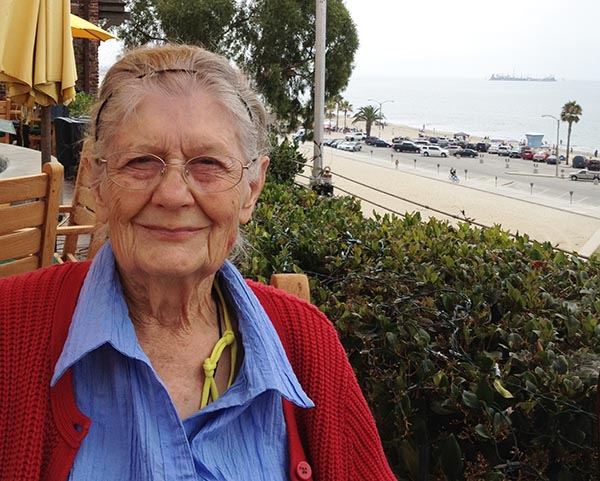 Credit: Courtesy of the Rosenbluth Family

The paper, titled “Equation of State Calculations by Fast Computing Machines,” bears the names of Nicholas Metropolis, and two couples: Arianna and Marshall Rosenbluth, along with Augusta and Edward Teller. According to Marshall, he and Arianna did almost all the work. Edward provided a key insight, and Augusta seems to have participated in the programming only in the project’s initial stages. Metropolis provided the computer but did not participate in any technical conversations.

Aside from her name on the paper, Arianna’s crucial role went largely unacknowledged for years. She left her career not long after the article’s publication, and she shared little about the algorithm before her death in 2020. This column highlights her contribution to the project.

In the early 1950s, in her early twenties, Arianna (pronounced “AIR-ee-anna”) Rosenbluth worked as a physicist at Los Alamos National Laboratory in New Mexico. The facility, established in 1943 to develop the atomic bomb, had pivoted to support a new mission: containment of the USSR. In 1949, the Soviet Union performed their first test of an atomic bomb, spurring the United States to develop the first thermonuclear weapon, or hydrogen bomb, at Los Alamos.

Arriving at Los Alamos, Rosenbluth had a remarkable academic background. Born into a middle-class Texas family, Rosenbluth received her bachelor’s degree in physics from Rice Institute (now Rice University) at age 18 and her PhD in physics from Harvard at age 21. At Harvard, she was a peer of Philip Anderson, as they both studied under the future Nobel Laureate John Van Vleck. (She also qualified for the 1944 and 1948 Olympics in fencing but did not compete.)

Rosenbluth, alongside her then-husband, Marshall, worked on the hydrogen bomb. “Both my parents were politically liberal, but I don't think they had regrets about the work they had done,” said their son Alan Rosenbluth. “They believed in an approach that was bipartisan in those days—containing the Soviet Union and maintaining a strong defense as a deterrent.”

Researchers had also begun using digital computers to bolster weapons development. Los Alamos hosted one such machine, the Mathematical Analyzer Numerical Integrator and Automatic Computer, or MANIAC. The MANIAC consisted of 1,024 vacuum tubes, and its memory consisted of a thousand 40-bit words. Beyond weapons development, Los Alamos scientists were simply curious how to make their new toy sing.

Arianna and Marshall proposed using the MANIAC to study how solids melt. They framed the problem as a collection of up to 224 rigid, two-dimensional disks, representing simplified molecules, in contact with a heat bath at a fixed temperature. The computer would predict the disks’ equilibrium thermodynamic properties such as pressure and density.

They considered simulating the motion of each disk individually, but it was too computationally expensive. Edward Teller recommended they instead use statistical mechanics to calculate the disks’ average values. To do this, Arianna and Marshall would generate random configurations of disks allowed for a given energy and temperature. (The element of randomness reminded Los Alamos physicists of a game of chance—hence “Monte Carlo,” after the casino.) With enough configurations, they could estimate an average for the thermodynamic properties.

But some molecular arrangements are more probable than others. Their key innovation: Instead of generating completely random configurations, their algorithm forced the computer to sample configurations weighted by their probability.

The two ran the MANIAC during the midnight shift. They had the rare authority to call engineers in the middle of night to reboot the computer if it crashed, Arianna told Gubernatis in 2003. Arianna did all the programming, as she and Marshall both recounted later. She had learned to program the MANIAC when she verified calculations for the first full-scale test of a hydrogen bomb in 1952.

Interacting with the computer required detailed understanding of both the machine and the physics. Arianna meticulously coded in assembly language, just one level of abstraction above machine language. She would have, for example, needed to track the physical location of numbers stored in memory to use in calculations.

The Metropolis algorithm was one of the first examples of a “numerical experiment,” said Adam Iaizzi, a physicist who dedicated his PhD dissertation to Arianna Rosenbluth. They had devised a new way to use computers beyond simply performing accelerated calculations that humans could already do.

The paper also furthered the understanding of solid-liquid phase transitions, says Gubernatis, a physicist now retired from Los Alamos. The simulation provided early evidence that molecules in a liquid exhibit some structure rather than being entirely disordered, as previously thought.

Arianna published a few more papers about the Metropolis algorithm, but she left physics to raise her four children in support of Marshall’s career. Los Alamos was her last professional experience. Their marriage ended in divorce in 1978.

Over the subsequent decades, Arianna lost touch with her former collaborators. “She was simply surprised when I told her how famous this particular paper became,” recalled Gubernatis of a 2003 phone call.

Arianna never expressed regret about leaving her career, her daughter Jean said. But “she was not the happiest person while we were growing up,” said Jean. “I think part of it was that she missed her work, because it meant a lot to her.”

Alan once asked her if she had ever experienced any gender discrimination in physics. “She said that she didn’t always feel comfortable being the recipient of so much attention from all the men,” he said. Felix Bloch also declined to take her as a graduate student at Harvard because he categorically didn’t accept female students. “She shrugged it off matter-of-factly, although I think it annoyed her,” he said.

An apocryphal tale about the algorithm’s origins may illustrate the era’s sexism best. The rumor, passed down among physicists over the years, said that Metropolis, Marshall Rosenbluth, and Edward Teller had devised the algorithm at a cocktail party and that they added their wives’ names to the publication as a thank-you for enduring the technical conversation. There is no evidence this is the case.

Jean and Alan described their mother as a woman of many interests. She was an avid reader and a fan of L. Frank Baum’s Oz series. She conducted personal mathematics research into knot theory. In the late 1970’s, she built hobbyist computers out of kits.

For all her silence, the Metropolis algorithm still occupied Rosenbluth’s thoughts years after she left physics. After Arianna died, Jean found an old issue of Physics Today that her mother had kept, from the 1970’s. She had annotated the cover to single out a particular page. Flipping to it, Jean saw that Arianna had underlined a reference to the Metropolis algorithm.