Harvesting a Career in Soil Physics to Serve Humanity

At the end of the famed Silk Road is Aleppo, a city of great historical significance and an agricultural and economic center in Syria. The city is filled with bustling souks and fragrant gardens surrounded by mountains and is the birthplace of countless scholars and scientists, including Zouheir Massri, a soil physicist, whose distinctive research career was influenced by his upbringing in this storied place. The importance of agriculture, symbolized by a beautiful grape tree in his yard that his family enjoyed pruning, rooted Massri’s childhood. “In such rich history, I inherited my proud authenticity and motivation to do something unparalleled and unique, just like my ancestors,” he says.

Massri, a research scientist in sustainable agriculture and soil health at Michigan State University (MSU), is an expert in soil physics—the study of the soil physical system and its processes and properties. These processes “deal with the dynamics of physical soil components and the dynamic entity phases of the solids, liquids, and gases in an equilibrium state,” he says. Soil processes are intimately tethered to the chemical and biological components of the soil and have a host of agricultural, hydrological, and environmental significance. Soil physics influences soil and water sustainability, crop yield, plant, animal, and fungi health, and many other factors.

“Soil processes and crop production are strongly controlled by physical processes such as soil water flow, soil structural stability, irrigation and drainage, heat, and aeration,” Marssi explains. By understanding soil physics, soil can be better optimized to improve crop yield and resiliency thus creating mechanisms for combating food insecurity due to climate change, for example. “Soil physics has a three-dimensional nature, casing all the soil systems in one volumetric structure as a mother embraces her young,” he says. “Understanding the physical properties of soils is important to proper soil and agronomic management…the importance of soil physics to the nexus of food, energy, and water is highly recognized.” 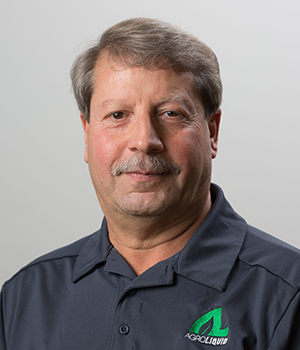 Massri was drawn to soil physics because he wanted to help his fellow humans and make a difference in our environment. His early life was a continuous celebration of knowledge and discovery. “I thrived in a world of history and education and in a home with bookshelves full of science books, magazine series, collections of scientific encyclopedias, photography, art, and poetry that I had the privilege to read,” he recalls. Observing the farms near his home, Massri began to realize the significance of agriculture: it produces food, but also health, and security. And he wanted to be a part of this. His undergraduate degree at Aleppo University was in agricultural science with a focus on the changes of soil structure and properties of red-brown earth under different farming systems. He then pursued a postgraduate diploma in agricultural history at the Institute for the Heritage of Arabic Science at the same university and a Master’s in soil fertility through the International Center for Agricultural Research in the Dry Areas (ICARDA) at an institution in Italy. In 1996, Massri received his doctorate in agriculture and soil physics from Kuban State University in Russia.

As he built his research career, Massri worked with numerous organizations worldwide. He was a Fulbright Scholar at South Dakota State University, and also served as the Soil Physics and Fertility Research Manager at AgroLiquid, a plant nutrition manufacturer. He came to MSU in 2013 for two years as visiting scientist, and following his stint in industry, joined the Biosystems and Agricultural Engineering Department at MSU in 2020.

For many years, Massri has sought to understand how to assess the soil in various ecosystems, including wetlands. The soil in one of his wetland projects presents a thought-provoking series of scientific questions and is emblematic of the fact that soil systems vary widely. “This soil developed over thousands of years and is not like other soil,” he explains. “These soils have permanent water. For most of the year, they have anaerobic conditions, so evaluating the complex ecological condition of wetlands is very interesting.”

His knowledge of physics endows him with an advantage as an agricultural researcher. “It is critical to establish measurements and standards that reflect the actual capacity of the soil, relative to its potential, to respond to agricultural management,” he says. Recently, Massri started a project with the Institute of Water Research at MSU to address soil nutrient transport. “The measurements, likely, will bring new insights to in-soil processes, their relationships, dynamics, and thresholds using new computational technologies,” he says. His latest research is a real-time nutrient probe that can sample a soil solution and measure the ionic soluble forms of nutrients present.

Massri finds soil physics fascinating for many reasons: as scientists endeavor to comprehend the holistic nature of soil and improve its ability to grow plants, the disciplines of biology, chemistry, agricultural sciences, plant sciences, microbiology, hydrology, and physics swirl together and integrate. This creates ideal conditions for someone like Massri who has cultivated the knowledge in each of these realms to solve problems. His research in how soils hold carbon is an example of this. “Carbon sequestration is not only the driving component of improving the structure of the soil and reducing global warming, it is also the food for the microbes,” he says. “There is always difficulty in finding balance in the soil—how to balance crop residue, using crop rotation. All of these components should be integrated into the soil health.”

One of his areas of concern involves understanding what drives soil health to ensure soil is getting the right nutrients. “My investigations in soil physics are based on hypothesized and rationalized objectives and materialized methods and research tools,” says Massri. “The advanced scientific and technological work I developed on soil quality and soil health indicators have [helped us address] important soil resilience from a sustainability perspective.”

The advancement of soil science, and soil physics in particular, has diverse ramifications. For example, if we can increase the water hoarding capacity of the soil, we have a potential means for fighting drought and encouraging the growth of healthier foods. But there are still many challenges that have not been farmed in this field. While many of “soil’s physical parameters are profoundly standardized,” he says, “assessment of a few physical properties and processes of soil are not as commonly done and their importance receives insufficient attention. The questions are how to elaborate, understand, and function the interactions among soil physical, chemical, and biological processes, and elevate their delivery to ecosystem services.”

Challenges remain in how to integrate our knowledge of the physical processes and properties with new research in soil chemistry and biology, as well as how to leverage novel approaches to characterizing soil physics inspired by other fields. New technologies will aid in this quest. But all of this technical knowhow comes down to very practical, societal-driven questions. “In other words, how to enhance water quality, build resilience to drought, increase carbon sequestration, and reduce greenhouse gas emissions, while using economically viable practices that sustain our rural landscapes,” he says.

Massri, who has worked in dozens of nations around the world and speaks English, Arabic, and Russian fluently, often thinks back to his idyllic childhood in Syria. His city, Halab in Arabic, is one of the oldest continuously occupied areas in the world. The smell of the fruit trees, the feel of the soft soil between his fingers, the hum of intellectual pursuits, all contributed to him building a career in support of humanity. “I was always an international dreaming guy. I wanted to see the world. Agriculture would give me that chance,” he says. “If I had done medicine, I would have stayed and served in my country because they need me. But I was thinking of how I can expand my knowledge everywhere. Agriculture and soil were my gateway. I’m proud to be a soil physicist because I think what I did for humanity was so positive and I am so happy. I am the luckiest person in the world.”