Martin Blume, former Editor in Chief of the APS Physical Review journals and former Deputy Director of Brookhaven National Laboratory, died on October 6, 2021, in South Setauket, New York. Among his accomplishments, Blume, 89, was instrumental in moving the APS journal operations from the world of paper manuscripts to fully electronic publishing.

"Marty Blume deserves enormous credit for leading APS publishing into the digital age," said APS CEO Jonathan Bagger. "I could write about his many accomplishments, but for me the most important one is personal: It was Marty who first roped me into APS activities, and for that I am truly grateful. He made a difference in my life, as he did in the lives of so many others in physics and beyond. His legacy lives in the people he touched and the journals he led with such vision and skill."

Blume was in charge of the APS Journals at a critical time, when Paul Ginsparg first made preprints of articles easily available on the arXiv preprint server, which could have threatened APS subscription revenues. "He was present at some of the early international meetings debating how to fund journals and one of his favorite lines was 'APS is not-for-profit, but it is also not-for-loss,'" said former APS Editor in Chief Gene Sprouse, who took on the role after Blume’s retirement in 2007. "Marty led the APS to embrace open access and coexist with the arXiv which provided quick access to new research while the journals provided the necessary peer review for authentication of the work."

Added Sprouse, "his leadership of the Editorial Office was exemplary and led to high morale, and he hired great people and let them manage their areas. He developed an outstanding information technology group that grew eventually to support all of APS’s information activities." 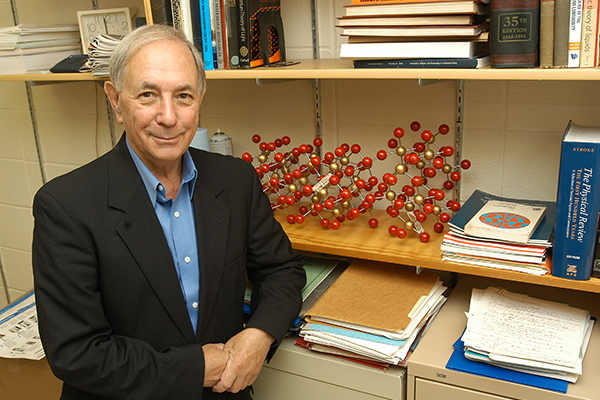 Blume was born on January 13, 1932, in Brooklyn, New York and received his AB degree from Princeton University in 1954. He obtained his PhD degree in physics from Harvard University in 1959. From 1959 to 1960 he was a Fulbright Research Fellow at the University of Tokyo and went on to become a Research Associate at the Atomic Energy Research Establishment in Harwell, UK, from 1960 to 1962.

Blume's research interests included theoretical solid-state physics, magnetism, phase transitions, slow neutron scattering, and synchrotron radiation. He served as chair of the APS Panel on Public Affairs and the APS Nominating Committee and had been a member of the APS Council and Executive Board. He also served on the editorial board of the Physical Review. In his personal life, he was a devoted lover of opera and classical music.

In January 1997, Blume became APS Editor in Chief with responsibility for the APS Physical Review journals. Among his first achievements was making the journals available in full electronic form, which built upon the work of his predecessor Benjamin Bederson and the APS editorial staff. He also oversaw the launch of the first all-electronic journal series, Physical Review Special Topics (now the open access journals Physical Review Accelerators and Beams and Physical Review Physics Education Research).

"Having served as Deputy Director of Brookhaven National Lab, Marty had a very wide range of knowledge of physics as a whole," said former APS Executive Officer Judy Franz. "This enabled him to bring a new sense of excitement, vigor, and unity to the APS publishing enterprise. He was the first Editor in Chief to be a full-time, on-site staff member and was intimately involved in moving the journals from their predominant paper form to the electronic world."

Added former APS CEO Kate Kirby, "APS is very grateful for Marty Blume's leadership of the journals, as Editor in Chief. Among other things, Marty saw the need to transition the work of the Editorial Office from ‘paper- and print-based’ to electronic—a huge task, which occurred with his oversight over a period of several years."

He is survived by Sheila Blume, his wife of 66 years, by his son Frederick Blume, his daughter Janet Blume, his son-in-law Allan Bower, and his grandchildren Jasper Blume, Kimi Blume, Nicholas Bower, and Andrew Bower.

For more on Blume's leadership of the journals and electronic publishing see APS News (April 1998).

The author is the former editor of APS News.