At the start of his Lectures in Physics, Richard Feynman famously asked what single piece of scientific knowledge the human race should preserve for posterity. His answer was that all matter is composed of atoms. While this may seem obvious—in fact, the notion of atoms dates back to the ancient Greeks—the existence of atoms was a hotly contested issue until well into the twentieth century. Providing forceful and convincing evidence for a molecular view of the world was Johannes Diderik van der Waals, a Dutch school teacher whose knowledge of physics was largely self-taught, but who would go on to become the father of modern molecular science.

The future Nobel laureate was born on November 23, 1837 in Leiden, the Netherlands as the first of ten children in a carpenter’s family of extremely modest means. At the time, girls and working-class boys did not have access to a rigorous secondary education. As such, van der Waals’ early education consisted only of reading, writing, and basic arithmetic, with little to no exposure to the natural sciences.

Van der Waals left school at the age of 14 to work as a primary school teacher, eventually becoming the director of a primary school by age 24. Hungry for more knowledge, he attended lectures in mathematics, physics, and astronomy at the local Leiden University in his spare time but was repeatedly denied enrollment as a full-time student given entrance requirements that mandated knowledge of Latin. Following sweeping educational reforms that expanded the Dutch secondary education system, van der Waals dedicated himself to the goal of becoming a secondary school teacher, ultimately working as a physics teacher for over a decade.

Van der Waals’ world opened when a further change in Dutch education policy lifted the Latin requirement for university admission. Van der Waals quickly passed the qualification exams in physics and mathematics and began doctoral studies at Leiden University. By 1873, at the age of 36, he finally obtained his doctoral degree. 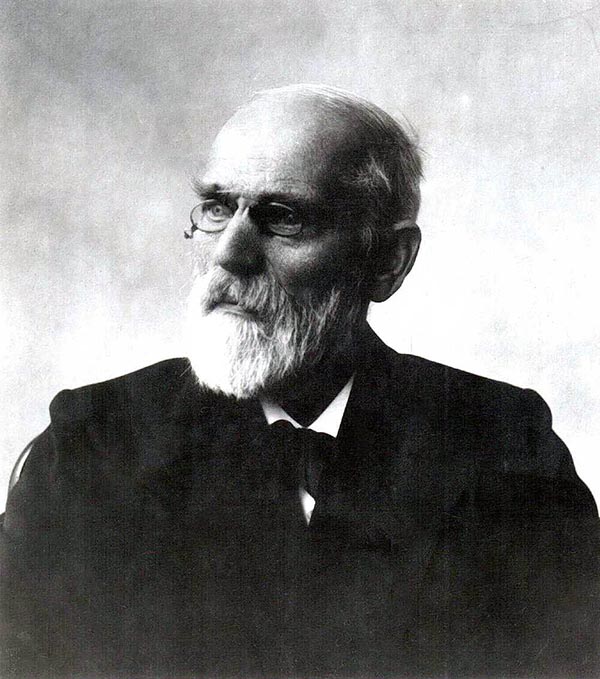 Van der Waals’ thesis, “On the Continuity of the Gas and Liquid State,” established the foundations of modern thermodynamics and would eventually lead to the 1910 Nobel Prize in Physics. In it, he proposed a unified model to describe the properties of both gases and liquids in what would become known as van der Waals equation: (P + a/V 2) (V − b) = RT, where P, V, and T are the pressure, volume, and temperature of a substance and a and b are constants.

The significance of van der Waal’s work lies in adapting the Ideal Gas Law (PV = nRT) to accommodate molecules and intermolecular forces—an insight that was even more visionary given that the very existence of molecules was a hotly contested issue at the time, let alone the idea of atoms interacting and exerting force on one another. In his honor, the weak attractive forces that have since been demonstrated to act between molecules are now termed van der Waals forces.

“There can be no doubt that the name of van der Waals will soon be among the foremost in molecular science,” noted James Clerk Maxwell, a giant in the thermodynamics field, in a prescient review of van der Waal’s thesis in Nature. Despite this early praise, recognition of van der Waal’s achievement came slowly, largely because the work was first published only in Dutch. It took until 1877, when van der Waal’s findings were summarized in the widely read German language journal Annalen der Physik, for the physics community to fully grasp the revolutionary nature of this work, triggering a flurry of research activity on the molecular physics of liquids and gases.

With this wider recognition, van der Waals left his posting as a physics teacher to accept the first professorship in physics at the newly founded University of Amsterdam. After being excluded from the world of academia for so long, van der Waals—along with close colleagues Henry van’t Hoff (the eventual winner of the first Nobel Prize in Chemistry) and Hugo de Vries (a pioneering geneticist)—would eventually lead the new university to prominence during an unfolding golden age of Dutch science.

Van der Waals’ subsequent achievements included the Law of Corresponding States—a theory that served as the foundation for the liquification of hydrogen and helium and the ensuing discovery of superconductivity in 1911—an early theory of capillary action, and a theory of binary mixtures, which has had a lasting impact on chemical engineering and geochemistry. Van der Waals also anticipated the importance of cluster chemistry and physics, topics which have become active areas of research only within recent decades.

Despite these accomplishments, van der Waals was famously modest. This is perhaps most evident in the opening turn of his Nobel Prize lecture: “Now that I am privileged to appear before this distinguished gathering to speak of my theoretical studies on the nature of gases and liquids, I must overcome my diffidence to talk about myself and my own work.”

Van der Waals was also deeply private about his personal life. Tragedy struck van der Waals’ family in 1881 when his wife, Anna Magdalena Smit, died suddenly from tuberculosis at the age of only 34. In the aftermath, van der Waals was left so shaken that he did not publish any papers for over a decade. He never remarried and went on to live a quiet life surrounded by his four children, Anne Madeline (who ran the household), Jacqueline Elisabeth (a well-known poet), Johanna Diderica (a teacher), and Johannes Diderik Jr. (who followed in his father’s professional footsteps as a physics professor). “Fame changed neither his behavior nor his habits,” remarked one of his students.

Van der Waals died on March 8, 1923 at the age of 85, his life a powerful example of persistence in the face of adversity.

“It will be perfectly clear that in all my studies I was quite convinced of the real existence of molecules, that I never regarded them as figments of my imagination,” van der Waals once remarked. “But when I began my studies, I had the feeling that I was almost alone in holding that view.”