National boundaries look very small when they are viewed in the context of the universe. In their pursuit of understanding of the physical and meta-physical world, physicists build bridges between continents and form close bonds across the planet. The South African Institute of Physics, SAIP, has stated emphatically that it values those bridges by electing new Fellows, five of whom are APS members.

Kétévi Assamagan, originally from Togo, is a world class leader in experimental high energy physics. He co-founded the African School of Fundamental Physics and Applications, a biennial capacity-building event that is significantly increasing Africa’s participation in global, large-scale research infrastructures in accelerator and particle physics.

A recent project under his leadership is initiating the African Strategy on Fundamental and Applied Physics. Like Snowmass, this is a planning project where the community, as a self-organizing complex system, prioritizes collaborative initiatives in particle and nuclear physics, with cross-links and support to associated disciplines and applied fields. 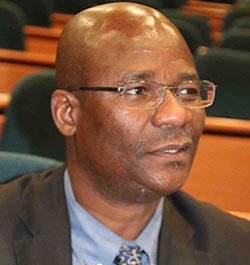 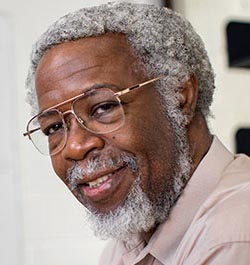 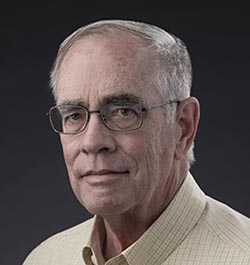 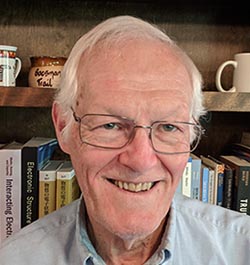 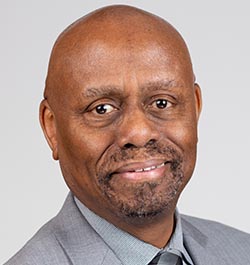 Sylvester James Gates, Jr., is a renowned expert in supersymmetry, supergravity, and superstring theory. He is President of APS and was awarded the 2011 National Medal of Science.

Gates has many interactions with, and in, South Africa: he referees proposals for the National Research Foundation, he has been a Fellow of the Institute for Advanced Study in Stellenbosch, and he has artfully strung concepts together in many lectures. In 2003, during his early days in science policy, he was a member of an international panel reviewing physics in South Africa. At the time, the discipline was in crisis, with declining numbers of students and decreasing funding. His empathy and experience were evident in the review “Shaping the Future of Physics in South Africa.” The review is credited with re-launching the South African physics community on its current upward trajectory.

James Gubernatis has worked with absolute commitment for physics across Africa and in South Africa and for the development of the physics community.

Through the APS Committee on International Scientific Affairs (CISA), Gubernatis has been a driving force and chief correspondent for the Physics in Africa project and survey. The project is a partnership between APS, The Institute of Physics (IOP), the European Physical Society (EPS), SAIP, and the Abdus Salam International Centre for Theoretical Physics (ICTP). Five areas for action emerged from the survey: communication, new physical societies, lack of experimental equipment, physics education, and issues related to physics and society.

The African Physics Newsletter (APN) has grown from Gubernatis’ observation that better communication was very much needed in a continent that stretches 5000 miles north-south and 4600 miles east-west. APN is free and run by African volunteers, with the unflagging encouragement of Gubernatis, and its existence—which is valued across the continent—is due to the generosity of APS in providing a mechanism for publication.

Gubernatis, along with Kennedy Reed and Nithanya Chetty, also helped to start the African School of Electronic Structure Methods and Applications (ASESMA) with a proposal to the International Union of Pure and Applied Physics (IUPAP). ASESMA is one of the most successful initiatives mounted in and across Africa. It has been sustained by the remarkable dedication of the school organizers. The extent and reach of the program and the number of respected African researchers involved are impressive.

Richard Martin was nominated as an SAIP Fellow as a dynamic driver behind ASESMA, which is now in its second decade of operations. Martin, together with Chetty and Sandro Scandolo, was involved from the first school in South Africa that led to ASESMA. He has continued as an organizer of each school and as the chair of the International Advisory Panel. ASESMA has built up a network of experts in electronic structure calculations, which provides the capability of doing state of the art physics on low budgets with real impact. Martin is on the board of the African Materials Research Society and hopes to further materials research through close coupling of experiments and calculations.

He is also one of the founders of the US-Africa Initiative for Electronic Structure (USAfrI), which is sponsored by a grant from the APS Innovation Fund. It was the only successful application located outside the US. USAFRL’s goal is to foster collaborations between US and African scientists and students. About 50 groups in the US have agreed to be potential collaborators.

Sekazi Mtingwa has had a lifetime of contributions to the development of physics among minorities in the US and has led significant efforts in strengthening physics in Africa.

Mtingwa’s introduction to science and technology development in Africa began with a meeting of scientists, mathematicians, and technologists from the USA and Africa, convened by Nobel Laureate Abdus Salam in 1988 at the International Centre for Physics in Trieste, Italy. This group formed what was later named The Edward Bouchet Abdus Salam Institute, and from it sprang two significant initiatives. One, the African Light Source initiative, is the effort to provide Africa with a synchrotron. The second initiative is the African Laser Centre, in collaboration with the National Laser Centre in South Africa, and a loan program for researchers through which they can both borrow lasers and arrange vital visits of personnel to set up equipment.

Mtingwa co-founded the Light Sources for Africa, the Americas, Asia and Middle East Project (LAAAMP) in partnership with over thirty international organizations. He has recently been involved in the founding of the new Union of Physicists from Portuguese Speaking Countries in Africa, in the West African island nation of São Tomé e Principe. He is also Chair of the IUPAP C13 Commission on Physics for Development.

The South African Institute of Physics announces new Fellows and prize winners at its annual conference during a gala evening, which usually involves not only long speeches, but ululation for the winners, loud music, and dancing. Physics is, after all, fun.

The author thanks Simon Connell, Nithaya Chetty and Deena Naidoo.

The author is a physicist at the University of the Witwatersrand, Johannesburg, South Africa.