Medical Physicist: An Exciting Career with Many Options

After Julianne M. Pollard-Larkin learned that her mother had been diagnosed with breast cancer, she discovered that a medical physicist was helping with her treatment plan. Intrigued, Pollard-Larkin sought more information about his role.

“Since I was already a physics undergrad major, I asked him what a physicist had to do with my mom’s treatment, and he explained the quality assurance and treatment planning that gets done behind the scenes to facilitate treatment. After that, I was sold!” recalled Pollard-Larkin, who is Associate Professor and Section Chief of Thoracic Service in the Department of Radiation Physics at The University of Texas MD Anderson Cancer Center.

Pollard-Larkin, who earned her PhD in biomedical physics at UCLA, described her career as “the most rewarding thing I have engaged in.” Pollard-Larkin's typical day includes working with several Varian linear accelerators, CT scanners, and associated software to determine patient treatments and quality assurance measurements.

“Linear accelerators are quintessential physics machines, which allow for electrons to be accelerated at high speed inside of a wave guide before striking a metal target, which will then give off the high energy X-rays needed for treating deep-seated disease in patients,” she explained.

Medical physicists can take many career paths, including in industry, academia, and clinical settings, according to job surveys conducted by the APS Careers team. APS Careers routinely conducts surveys to update its Job Prospects page, which keeps members abreast of the types of career opportunities that exist for physics degree holders. 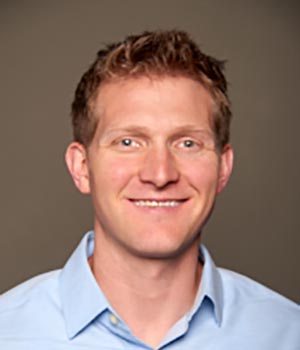 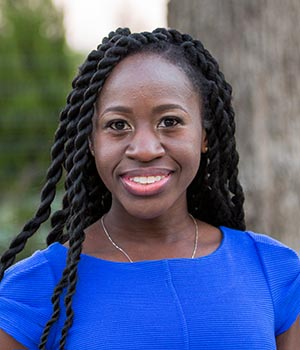 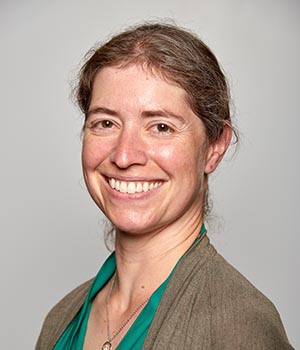 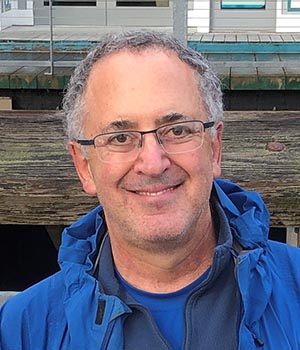 According to the US Bureau of Labor Statistics, the physics field is slated to grow nine percent between 2018 and 2028. Starting salaries for medical physicists in the field range from $80,000 to $130,000.

Medical physicists who work in government or industry often conduct research and development for new technologies; translate technologies for clinical use; test and manage machines and systems that include linear accelerators and MRIs; train physicians and clinicians on equipment use; market new products; and develop clinical value propositions.

An academic medical physicist typically has the following responsibilities: mentoring and teaching students and residents; writing and applying for grants; overseeing research and development on new technologies; serving on department committees; and developing and delivering patient treatments (in a joint clinical position).

Typical activities for clinical physicists include: consulting with patients and physicians; overseeing delivery of treatment to patients, such as radiation treatment for cancer; developing patient treatment plans and checking charts; performing quality assurance on medical equipment; and mentoring/training residents and students (if in a joint academic position).

Physicists are well-suited for careers in the medical physics field.

“They bring a unique perspective to industrial research, development, and services. Their critical thinking contributes to solving systems’ problems, and their deep, technical knowledge and mastery of advanced mathematical techniques enable them to tackle complex problems,” said Dan Pisano, Director of Industrial Engagement at APS.

It was a “no-brainer” for Tyler Blackwell to become a medical physicist after he learned he could have an impact on patient care.

“At the heart of it, we’re focused on the accurate and safe delivery of radiation treatments. That implies a number of ways in which physicists can have an impact. On the industry side, for us, that means designing programs that optimize planning methods and dose delivery for breast cancer, for example, or creating independent secondary dose algorithms to validate calculations done in treatment planning systems,” he said.

As a medical physicist at the National Institutes of Health (NIH) and emergency room physician, Richard Spencer said he enjoys great satisfaction in his career.

“Medical physics is the best of both worlds—the physics content ranges from applied to theoretical, but improving human health is always the goal. And this perspective is particularly appealing to me as a practicing physician,” he said.

Spencer added, “some of our magnetic resonance imaging (MRI) work applying the mathematics of inverse problems to brain imaging has been described in just those terms: ‘Clever math enables MRI to map molecules implicated in multiple sclerosis, other diseases’ (Science, March 20, 2019). This capability may prove to be of benefit in understanding Alzheimer’s disease, one of the greatest medical challenges we face. Overall, my career as a government physicist at the NIH has been enormously rewarding by permitting me to apply some hard-core physics to major, unsolved problems in medicine.”

When Jennifer Pursley decided to become a medical physicist, she, too, longed to make an impact on patient care.

“When I first learned about medical physics, I was attracted to the idea that my work and research would have a direct impact on improving treatments for patients,” said Pursley, who works at Massachusetts General Hospital and Harvard Medical School.

Her main clinical focus is on treatment planning for patients receiving photon radiation.

“I am responsible for the software we use for treatment planning (RayStation) and imaging (MIM Maestro). I take the lead on commissioning updates to these systems, which must all be tested carefully as incorrect usage can lead to errors in treatment,” she explained.

Pursley added, “Now most of the basic physics is hidden from the user in these amazing software systems. We take a patient’s CT scan and put it into the software, which simulates a linear accelerator, then view the expected radiation dose to the patient as we simulate radiation delivery with different accelerator settings. But behind the software is a model of the radiation from that linear accelerator, a model which has to be commissioned and tested by the physicist based on radiation measurements made by the physicist.”

A career in medical physics is a rewarding one, said Pursley.

For more information about becoming a medical physicist, check out the APS webinar, Why Now is the Time to Join Medical Physics. Additional information can be found from the APS Careers 2020 Guide.