Nearly 600 APS members recently wrote letters to say “thank you” to Congress after the National Science Foundation (NSF) for the Future Act and the Department of Energy (DOE) Science for the Future Act successfully passed the US House of Representatives with strong bipartisan support.

“In most of our campaigns, we are asking Congress to take an action on behalf of our community, but it's always important to thank them when we have the chance for something they've done for science,” said Callie Pruett, Senior Strategist for Grassroots Advocacy. “It was wonderful to see our membership express their gratitude for these key pieces of legislation. Nearly 600 members took the time to say thank you.” 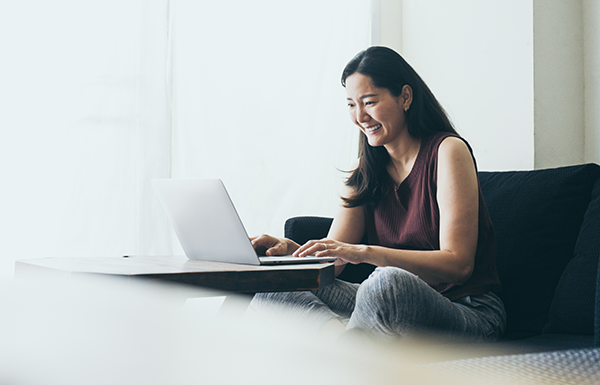 Additionally, it supports growing the US domestic STEM workforce by increasing the number of Graduate Research Fellowships Program recipients by 50 percent over five years and requires the director to ensure program outreach to candidates from a wider group of institutions from all regions of the country.

S. James Gates, Jr., APS President and Brown University Physics Professor, partnered with Gerald C. Blazey, Vice President for Research and Innovation Partnerships at Northern Illinois University, to co-write an op-ed about the legislation in The Hill (see APS News, September 2021). The piece stressed the importance of a provision in the bill calling for a pilot partnership between research-intensive universities and emerging research institutions—colleges and universities that have smaller research footprints and capacity, due, in part, to monetary and equipment constraints.

“The benefits of creating this partnership pilot-program would be substantial, both for students and faculty members. For example, students with little formal research training could gain meaningful experience in a laboratory setting, using cutting-edge equipment that otherwise would not have been available. Meanwhile, lead investigators could develop powerful insights into the lived experiences of non-traditional and underrepresented students, as well as strengthen their scientific knowledge through partnerships with major universities,” Gates and Blazey wrote.

Relatedly, the bipartisan DOE Science for the Future Act will give comprehensive policy guidance and funding authorization for the major research programs housed in DOE’s Office of Science. These programs include research on materials and chemical science, climate science, fusion energy, scientific computing, high energy physics, and nuclear physics. The act also outlines guidance for the Office of Science’s Workforce Development for Teachers and Scientists program to broaden participation of underrepresented groups in STEM programs supported by DOE.

Moreover, both the NSF for the Future Act and the DOE Science for the Future Act contain provisions that aim to reduce the consumption of helium by requiring the agencies to establish programs to support the purchase, installation, operation, and maintenance of equipment to capture, reuse, and recycle helium.

Mark Elsesser, Director of APS Government Affairs, said he is eager to see the bills go to conference with Senate-passed legislation focused on science, technology, and innovation.

“We will continue to work with APS leadership and our members to push Congress to include key priorities for the physics community in the final legislation, which we look forward to seeing passed and signed into law,” he said.

The author is Senior Public Relations Manager in the APS Communications Department.