The 2021 APS Congressional Visits Day (CVD) was one for the Society’s record books, as the first virtual CVD was held with more than 60 APS members from around the country participating—including some currently living abroad—in more than 80 congressional meetings. Based on members’ accounts, their experiences were both positive and productive.

To prepare for this year’s unique, all-virtual, two-day event, the APS Office of Government Affairs (APS OGA) staff made several key adjustments designed to help APS members have the most effective meetings possible. For example, APS OGA staff worked with APS Communications staff to develop a new website hosting the one-page summaries of APS’s science policy priorities, which was accessible by congressional staffers. They also set up a virtual lounge that allowed APS members to communicate with one another between meetings and ask questions and provide real time feedback to APS OGA staff.

During their meetings, volunteers advocated for six science policy priorities, which were determined with input from APS members and leaders. They asked Congress to: include at least $26 billion in relief funding in the next COVID-19 relief bill for key federal science agencies; prioritize robust funding increases for those science agencies; bolster research capacity at emerging research institutions to broaden STEM participation; overturn a recent EPA rule that eliminated particular methane emissions regulations; and support the following bills: the “Securing Helium for Science Act,” the “Keep STEM Talent Act,” and the “Combating Sexual Harassment in STEM Act.”

“The organization of the virtual CVD was seamless. I was so impressed with how clearly the team laid out where I had to be, how to prepare, and where to go,” said Laura Ríos, Assistant Professor of Physics at California Polytechnic State University. “The hard work that was put in, particularly in creating the one-pagers to share with our congressional representatives, will make future in-person meetings that much more impactful.” 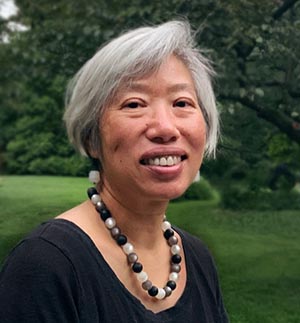 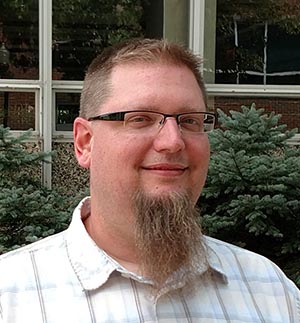 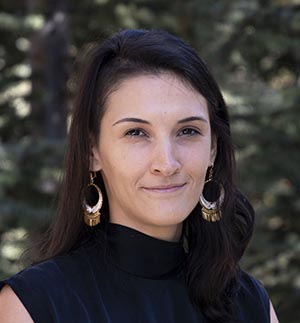 Andrea Liu, Hepburn Professor of Physics at the University of Pennsylvania and former Speaker of the APS Council, described a similar positive experience during the virtual CVD.

“I thought the virtual visits went very well! The first staffer we spoke to, from Senator Pat Toomey’s office (R-Pennsylvania), loved the APS webpage with all the one-pagers on it—he had never seen that before. Working from that webpage was actually easier than using physical handouts since they could easily find the right one, and we didn’t have to worry about running out,” she said. “There are certainly benefits to in-person meetings, as well. It's a little easier to read a person’s reaction in person than on Zoom and to tailor the message accordingly. More importantly, it builds camaraderie and enthusiasm on the CVD team to walk around and spend the time together during breaks and meals.”

Added Jay Mathews, Associate Physics Professor at the University of Dayton, “This is my fourth year in a row of participating in CVD, and every year, I am glad I participated. I had productive and interesting conversations with some of the congressional staffers. However, I missed going to the Capitol, getting lost in the House and Senate office buildings, taking the underground tram between the House and Senate side, and eating lunch in the congressional dining rooms. The other missing piece was all of the interaction between CVD participants and APS staff, especially the debrief meeting at the National Press Club at the end of the day.”

Callie Pruett, Senior Strategist for Grassroots Advocacy, said she was thrilled with the enthusiasm and professionalism displayed by the volunteers during the virtual meetings. A concurrent letter-writing campaign with APS advocates produced more than 600 letters to Congress.

“As we all know, it’s hard to replicate in-person interactions, but our members expertly navigated the challenges and delivered incredible results,” said Pruett. “I am so grateful to our advocates for putting forth so much time and effort into making sure that the voice for physics was loud and clear on Capitol Hill this year.”

There is already movement in the 117th Congress on several of the issues advocated for by APS members. Specifically, US Rep. Joe Neguse (CO-D-2nd) recently reintroduced the “Securing Helium for Science Act” that, if enacted into law, would provide researchers supported by federal grants the ability to continue to purchase helium from the Federal Helium Reserve at a discounted rate for eight years after its sale. The “Combating Sexual Harassment in STEM Act,” which would, among other goals, establish an interagency working group to coordinate efforts to reduce sexual harassment involving personnel supported by grants, is also scheduled to be reintroduced this year. President Biden’s broad immigration bill includes policy provisions that are aligned with the two key visa and immigration provisions of the “Keep STEM Talent Act,” a bill APS has supported.

“We extend our deepest thanks to these members of Congress for making science a priority and for taking the time to meet personally with our teams,” added Pruett.

Mark Elsesser, Interim Director of APS OGA, said he, too, was elated at the success of this year’s virtual CVD and looks forward to the staff being able to offer in-person meetings again.

“It was exciting to see the Government Affairs team and APS members partnering in a brand new way to advance our policy priorities in a safe environment during the pandemic. The innovations we made during this year’s CVD allowed our members to have effective meetings virtually, but we also greatly appreciate the value of in-person meetings, as noted by our volunteers, and are eager to return to those interactions in the future,” he said.

To learn more about key science policy issues and to take action on them, go to the APS OGA’s Action Center.