During the past several months, APS leaders, staff, and members have diligently worked to push back against White House executive actions that harm international students who are essential to the physics community and vital to the US scientific enterprise.

US Immigration and Customs Enforcement (ICE) announced the most recent rule change on July 6, which would have forced international students currently in the US to return to their home countries or switch to an institution offering in-person instruction if their current institution was offering only online courses this fall. In response, on July 8, APS leadership sent a letter to members, alerting them to steps the organization was taking to fight the ICE directive, including a phone-in campaign organized by the APS Office of Government Affairs (APS OGA).

After Harvard and MIT filed suit against the rule, APS wrote an amicus brief to support their case. Sixteen scientific organizations, including the American Association for the Advancement of Science and the Optical Society, joined the APS brief in support. Apparently caving to this widespread opposition, ICE rescinded the directive, reverting to its March 9 guidance. That guidance enables current international students to take a course load that includes online classes due to the pandemic, but prevents new students from entering the US for online-only classes. 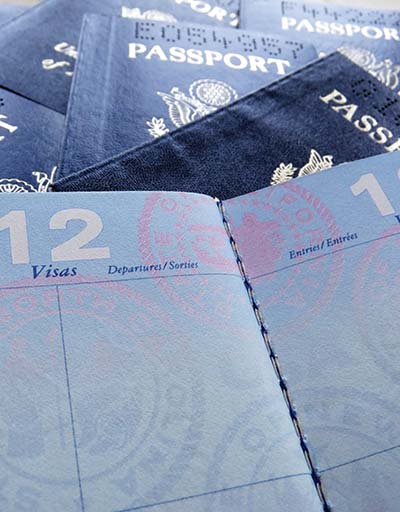 “The government capitulated entirely,” said APS President Phil Bucksbaum. “These actions show the importance of an organization reacting quickly, and they also show that the science community can truly make a difference.”

Said Callie Pruett, Senior Strategist for Grassroots Advocacy about the outcome, “More than 260 legislators were contacted by APS members who spent a total of almost seven hours on the phone stating that the directive would do irreparable harm to the science community.”

Added Francis Slakey, APS Chief External Affairs Officer, “This was a terrific outcome. I want to thank all of the APS members who made those seven hours of phone calls to Congress. Overall, it took a sizable amount of pressure from hundreds of universities, dozens of advocacy organizations and many other societies, including APS, to get a win on this issue.”

Prior to the ICE directive being released, the White House issued a proclamation on June 22, impacting the H-1B visa program and some categories for J-1 visas. According to the American Immigration Council, “the H-1B is a temporary (nonimmigrant) visa category that allows employers to petition for highly educated foreign professionals to work in specialty occupations that require at least a bachelor's degree or the equivalent.” Also according to the Council, “J-1 visa holders enter the United States on a work-based program, including as a researcher.”

Because APS had heard reports weeks earlier of a possible threat to the Optional Practical Training (OPT) program from the proclamation, APS OGA, with support from the Society’s Office of International Affairs and Office of Industrial Engagement, developed a plan to get the word out to House Republicans about the importance of OPT. The OPT program enables highly skilled international students who completed their studies in the US to gain work experience for a period of time and is used as a recruiting tool by high-tech companies. Businesses such as Amazon, Microsoft, and Intel are among numerous tech firms that annually employ thousands of scientists under the OPT program.

Slakey worked with the office of US Rep. Steve Stivers (R-15th-OH) on a letter defending OPT, which could then be signed by additional Republicans and sent to the Trump Administration

Slakey recalled a couple of challenges going into the campaign: asking APS members to participate in advocacy during a weekend and requesting Republicans to go against the Trump Administration on a signature issue.

“I’m delighted that more than 500 APS members took action that weekend, making phone calls and sending personal emails. And, as a result, 12 Republicans contacted by APS members agreed to sign the letter from Stivers, tilting the issue in our favor,” said Slakey.

Mike Mayo, an APS member and tech firm owner in Austin, also played a role in the OPT campaign by writing an op-ed that appeared in the Austin Business Journal.

In his piece, Mayo wrote, “It’s clear that OPT remains an essential tool to fill high-skilled jobs in science and technology areas. Therefore, I urge the Texas delegation to support OPT, including US Sen. John Cornyn, who as a member of the Senate Judiciary Committee, can clarify the importance of OPT to the Texas economy in his communications to the White House. And I hope the delegation moves quickly because a decision by the Trump Administration is likely imminent based on reports circulating on Capitol Hill.”

Although APS was pleased that OPT and STEM categories for the J-1 visa program were spared in the June 22 proclamation, the Society was dismayed that the H-1B visa was included.

“The Trump Administration has suspended entry into the US of anyone trying to get into the country on an H-1B visa, but who does not currently have an H-1B visa,” explained Slakey.

He added that a colleague who represents a coalition of industries is leading a court case against the H-1B provision.

“He estimates that they have a better than 50-50 chance of stalling the implementation of the proclamation,” explained Slakey.

Meanwhile, OPT and the J-1 visa may not be out of the woods.

“Some White House staff were furious that OPT wasn’t included in the proclamation,” said Slakey, adding that those staff are now pushing for executive action exclusively on OPT.

"So far, we have received more than 120 heartfelt, impactful stories from all over the country. From early-career physicists to a Nobel Prize winner. We are thrilled at the response from the APS membership. These stories are sure to make an impact,” said Pruett.

The Trump Administration issued its first in a series of proclamations on May 29, blocking Chinese graduate students, post-docs, and visiting researchers affiliated with China’s military-fusion strategy from entering the US on an F or J visa. The premise of that proclamation: China is engaged in acquiring intellectual property from the US to strengthen its military capability.

APS does not have legal standing to challenge the proclamation, but the Society is examining a strategy that involves sending Freedom of Information Act requests to the White House to seek legal documents that helped develop the proclamation.

“APS will continue to push back on these executive actions that send the wrong message that the United States can only be secure if it is isolated from the rest of the world. Science thrives when diverse perspectives and openness are the foundation of our research,” said Bucksbaum.