Creating the right medications to fight back against ever-evolving bacteria and viruses can be a long, multi-year process—but in cases of deadly pandemics, like COVID-19, therapeutic development has to happen much faster. New approaches called smart therapeutics could be a key to changing the drug-discovery landscape.

Anushree Chatterjee, a chemical engineer and professor at the University of Colorado, Boulder, is developing smart therapeutics approaches to counter rapidly evolving pathogens with new drugs on the timescale of weeks, rather than years. She was scheduled to give a talk detailing her work targeting evolving diseases, specifically drug-resistant bacteria, at the 2020 March Meeting, before its cancellation due to coronavirus.

Chatterjee’s research group has been tackling three main projects: the Facile Accelerated Specific Therapeutic (FAST) platform, a technology for quick identification of potential therapeutics; the development of a quantum dot-antibiotic (QD Abx) that can target drug-resistant bacteria; and Controlled Hinderance of Adaption of Organisms—or CHAOS—a therapeutic approach to disrupt pathogens by slowing their evolution.

“When it comes to pathogens such as bacteria and viruses one of the biggest strengths they have is that they can change…smart therapy means that we can keep up with evolving pathogens,” says Chatterjee. “If you think of a traditional drug discovery and development pipeline, it takes 10 years or so to create therapies, and ... $1 to 2 billion worth of investment. And that model doesn't really work with evolving pathogens, which are going to evolve by the time the drug is out.”

The primary goal of these smart therapeutic developments is to attack the increasing problem of antibiotic resistant bacteria, which are adapting to current drugs much faster than new drugs hit the market. However, both FAST and CHAOS have applications to combating viruses—and FAST has been employed in the search for therapies for COVID-19.

FAST’s versatility comes, almost counterintuitively, from its ability to be specific: using computational models, FAST attempts to identify targets for therapeutics that can best disrupt each specific pathogen. 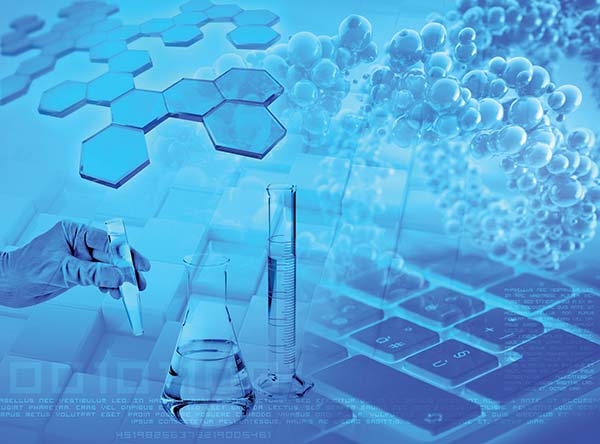 “FAST is a platform that generates ... nucleic acid molecules that can go and bind DNA or RNA and prevent certain genes in these bugs from being expressed. The nice thing about this platform is that it is actually pretty agnostic [as] to the disease, the species, and so on,” says Chatterjee. “It's an entire package where we design, we build, and we test these molecules.”

Traditional drug discovery methods often rely on identifying molecules from bacteria and fungi that they use in their chemical warfare against other bacteria and fungi. As Chatterjee points out, bacteria are able to quickly gain resistance to such therapeutic methods because they’ve been adapting to similar attacks for billions of years of evolution. These discovery methods can also take 10 to 15 years to identify an effective therapy for a specific bug, which is too slow and too expensive. The FAST computational tool box enables speedy identification, construction, and testing of molecules that target new mechanisms in pathogens.

“[We] create a molecule for every single gene in an organism of interest and directly target that and identify whether or not it has strong therapeutic potential, [and] train our computational models in a way that we can predict what genes to go after,” says Chatterjee. “We very quickly get information about what genes are good targets…after this discovery process, which we accelerate and finish within a week, [we take] the best molecule to do animal work.”

While FAST provides a pathway for the development of new drugs to combat ever-evolving pathogens, Chatterjee’s other research projects approach antibiotic resistance in different ways: QD Abx is leveraging nanotechnologies to extend the usefulness of existing antibiotics, and CHAOS is an approach to slow down the evolution of pathogens, limiting their ability to develop resistance to therapeutics.

QD Abx uses superconducting nanoparticles that can be engineered to react with specific molecules to produce a highly reactive superoxide (ie, an ion containing O2-), which most bacteria only encounter from human immune systems. A strong dose of superoxide produced by the quantum dots can attack multiple targets inside a bacteria cell at one time, rendering most resistance ineffective—and even weakening bacteria to antibiotics they had been previously adapted to resist.

“This is very powerful, because it means that these technologies can be used to revitalize our current antibiotic pipeline,” says Chatterjee.

CHAOS is another approach to controlling infectious diseases by throwing a wrench in their ability to select for good genetic choices.

“You just have to create enough chaos that you start accumulating fitness losses or start creating these bad decisions inside the cell,” says Chatterjee. “We started accumulating these perturbations inside the cell and show that at a certain number of perturbations, automatically the cell starts making bad decisions or has fitness losses and it's not able to compete anymore. All you need to do is not necessarily kill it, but make sure it cannot compete.”

Chatterjee first developed an interest in infectious disease research while in graduate school and began studying viruses during her post-doc, seeing in the field an interesting problem.

“By heart, I’m an engineer, and I’m always thinking of solutions, and infectious diseases are fascinating problems,” says Chatterjee. “I really wanted to use my training to address global health challenges.”

One way Chatterjee is seeking to solve global health challenges related to therapeutic development is through her efforts to create bridges between industry and academia to better leverage all the available expertise in the field. In 2018 she founded the Antimicrobial Regeneration Consortium, or ARC, to act as one such bridge.

“We have created ARC as a way of not only encouraging innovation, but also ensuring that innovation does get to the end of the discovery pipeline while also engaging the general public, the medical community, the student community, and the scientific community,” says Chatterjee. “Invention is one aspect: It’s a first big step towards solving something, but if that invention isn't ever helped to get to the end, it's as good as not being invented.”