As COVID-19 disrupts lab work and cancels conferences, many physicists have found ways to adapt. Video calls and e-mail give the impression of a well-connected world. But these are an imperfect substitute for in-person exchange—especially for people in less developed countries where infrastructure is unstable or governments are politically isolated.

“There’s tremendous value in face-to-face meetings,” says Joseph Niemela, an American physicist at the International Centre for Theoretical Physics (ICTP) in Trieste, Italy. For nearly six decades, one of ICTP’s core missions has been to support physicists and mathematicians from developing countries. Last year, Niemela and a colleague invited two North Korean women mathematicians to give talks at ICTP’s Trieste campus.

“When scientists get together from countries that may not get along, they find out individually that’s not the case,” says Niemela. “They find that they share a passion for science.”

This year’s cancelled APS March Meeting was to feature several presentations on physics programs for fostering these international exchanges.

A Charging Station for Physicists

Niemela had planned to talk about ICTP-supported opportunities for students and researchers from developing countries. These programs are designed to address the unique challenges these physicists face. For example, researchers in developing countries lack access to costly experimental facilities. ICTP offers this access to researchers through a program called Training and Research in Italian Laboratories (TRIL). The Center has also expanded to partner institutes in Brazil, Rwanda, Mexico, and China over the last decade.

The isolation of working in a developing country can also adversely affect a scientist’s career. Since its founding in 1964 by Pakistani Nobel Laureate Abdus Salam, the institution has served as an international oasis where physicists from developing countries can take a break from teaching and catch up with the rest of the physics community. ICTP’s associates program fulfills this mission, giving researchers from developing countries the opportunity to stay in Trieste for 180 days spread over six years.

“The whole idea of Trieste was, ‘come here, be around scientists from all over the world, recharge your batteries, get up to date on literature,’” says Niemela. This short-term “recharging” station is intended to prevent researchers from needing to immigrate to do cutting-edge research.

ICTP’s activity in developing countries has shaped the career of Laure Gouba, who researches low-dimensional quantum field theories. The 49-year-old theorist, who has worked at ICTP in Trieste for a decade, hails from Zabré, a small city in Burkina Faso. Gouba recalls a childhood affinity for math and science, and her second-place finish in a secondary-school Olympiad. In her youth, Gouba gravitated toward mathematics before switching to mathematical physics in graduate school. 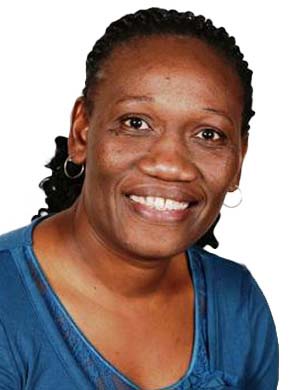 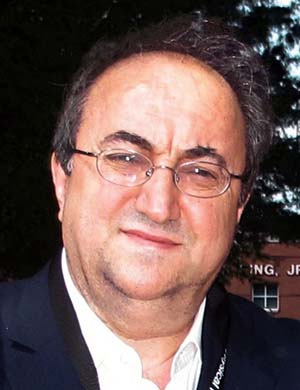 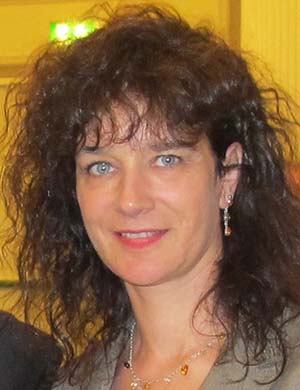 But educational resources were limited: Gouba remembers spending a lot of time at home perusing textbooks to learn the material. Her early physics education did not include lab or much hands-on activity. “For certain concepts in physics, we could only [learn from] images in books,” she says. In addition, her secondary school years were marked by national instability, with a coup d’état occurring in 1983 when she was 12.

Gouba reached her current position with the help of several opportunities sponsored in part by ICTP. After graduating from university in Burkina Faso, she attended the Institut de Mathématiques et de Sciences Physiques (IMSP) in Benin, where she received PhD funding from an ICTP-affiliated organization called the Organization for Women in Science for the Developing World.

A Light Source in The Middle East

Esen Ercan Alp’s planned presentation centered on SESAME, an international synchrotron facility in Jordan, which began conducting experiments in 2017. Alp, a physicist at Argonne National Laboratory, who chairs SESAME’s science advisory committee, has been involved with the facility since it was first approved as a project in 2000. In addition to its science, one goal of the facility was to promote peace and collaboration in the region, and its eight member countries include Iran, Israel, and Pakistan.

SESAME also helps to prevent brain drain. “In all of these countries, whether Iran, Egypt, or Turkey, there is a huge hunger for access to modern facilities,” says Alp. “A lot of individuals [working in these countries] who did their thesis work elsewhere came back home, and SESAME is a light of hope for them. They can come to a modern place and meet with scientists who are really knowledgeable and work like everyone else.”

This year, SESAME received 151 applications for beam time, more than a 30 percent increase from 2019. The proposals largely come from Middle Eastern member countries, but SESAME also received proposals from far-flung locations such as Finland, Mexico, and Brazil, where it can be difficult to get beam time at facilities closer to home. “They may choose to send their proposals to us without realizing that competition is also quite high at SESAME,” says Alp.

Alp says that the day-to-day operation of SESAME is similar in many ways to the synchrotron facility at Argonne where he works. But he points out that in the US, for example, synchrotrons have operated for more than half a century. In the Middle East, the idea is brand new, making it difficult to communicate existential needs to politicians and often culminating in many rejected project ideas. “When you have an established culture in science, it’s so much easier to work,” he says. “The biggest challenge for us in the Middle East was to establish that culture. It takes sincere effort, and it is not done if you are looking for personal glory.”

Building a particle accelerator, according to Christine Darve, can jump-start technological change in a country. Such a project necessitates training people in cutting-edge science and equips them to operate the accelerators used in medical treatment. With these goals in mind, Darve, who works at the European Spallation Source (ESS), has been working for over a decade to further accelerator science in African countries.

Every two years since 2010, Darve has helped put on the African School of Fundamental Physics and Applications (ASP), a three-week summer school. At each school, more than twenty physicists from around the world teach up to 85 students, around 30 percent of whom are women. Between 2010 and 2018, the school has taken place all over the continent, including Senegal, Rwanda, and Namibia. Darve, who also teaches some of the classes, describes dedicated students of limited means, including one from Madagascar named Laza, who walked an hour each way to attend school .

The school has also served as a venue to bolster the efforts to build a synchrotron in Africa called the African Light Source. Herman Winick, a professor emeritus at SLAC National Accelerator Laboratory and early advocate for such a facility, discussed the project at the 2012 school in Ghana. Leaders of the African Light Source project are currently fundraising to build the synchrotron, and they are planning a virtual meeting to detail the facility’s roadmap in November.

ASP also provides an opportunity for African researchers living abroad to give back to their communities. Gouba, who attended the first ASP in South Africa as a student, worked to bring the summer school to Benin in 2022. Although Benin was not ultimately selected, she intends to contribute to the school in the future, perhaps as an instructor.

Over the last five years, Darve has also developed Massive Open Online Courses (MOOCs) on topics in accelerator physics targeted toward undergraduates, with over 4,500 learners enrolled today. Darve developed the MOOCs from three summer schools related to the construction and operation of the new synchrotron MAX IV and the future neutron source ESS, which will both be based in Lund, Sweden. The courses are available for free on the website Coursera, where the viewer can also pay to receive a certificate. The online course extends the reach of her curriculum, as young people across Africa can access the courses on their smartphones. “Youngsters are youngsters everywhere,” she says. “They are captivated by screens.”

These programs provide physicists in developing countries with necessary resources for education and research. But the coronavirus pandemic has disrupted the planned programming this year. After pausing experiments in March, SESAME resumed internal operations in June and is accepting experiment proposals for three beam lines, although travel is still restricted in the Middle East. ICTP is now running virtual events. According to Darve, this year’s ASP, which was slated to take place in Marrakesh in July, has been postponed until next year. In the meantime, the program has offered online courses since May. The question remains how well virtual interactions can replace in-person meetings.