In response to APS members’ concerns about climate change, the Society recently submitted a public comment opposing the EPA’s proposed policy amendments to curtail regulation of greenhouse gas emissions. The amendments would eliminate requirements on oil and gas companies to install technologies to monitor methane leaks in pipelines, wells, and storage facilities. APS urged the EPA to instead carry out a rigorous assessment of methane emissions—a major contributor to climate change.

“Public policies related to climate change are top concerns of our members. Recent science is now showing that the environmental impact of methane emissions on global climate change is worse than past estimates. We are directly opposing the administration’s proposed rule change relaxing methane emissions, and we are doing so based on the science,” said Philip Bucksbaum, 2020 APS President and a physics professor at Stanford University and SLAC National Laboratory.

APS previously encouraged members to submit their own comments on the proposed amendments by EPA’s November 25 deadline.

According to the APS comment, “until recently, widely used calculations of methane’s radiative forcing (RF) had excluded any short wavelength effects. This omission has led to a systematic underestimation of methane’s RF by approximately 15 percent. Additionally, the inclusion of short wavelength effects impacts methane’s 100-year global warming potential (GWP), increasing it by 14 percent above the value currently provided by the Intergovernmental Panel on Climate Change.”

Furthermore, the APS comment stated: “With the risks of methane emissions now determined to be higher than previously estimated, this is not the time to be relaxing regulations.” 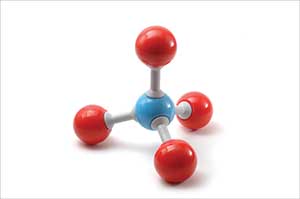 Interestingly, major oil and gas companies have previously made statements supporting the regulation of methane emissions, including BP America Chairman and President Susan Dio, who outlined the company’s stance in an op-ed in the Houston Chronicle (March 27, 2019). She wrote,

“First, it’s the right thing to do for the planet. Methane is the primary component of natural gas. It has a shorter lifetime in the atmosphere than carbon dioxide (CO2), but it has higher global warming potential. So, we must strive to prevent it from escaping into the air.

“Second, we need to protect natural gas’ license to operate. When used in electricity generation, natural gas has less than half the CO2 emissions of coal, and it also can be a vital backup to renewables. But to maximize the climate benefits of gas—and meet the dual challenge of producing more energy with fewer emissions—we need to address its Achilles’ heel and eliminate methane emissions.

“Third, there is a clear business case for doing this. Simply, the more gas we keep in our pipes and equipment, the more we can provide to the market.”

The APS Office of Government Affairs is committed to doing its part to ensure the rollback doesn’t happen, including organizing meetings for APS members to discuss the issue with congressional staffers on Capitol Hill. APS staffers in the Ridge, NY office recently traveled to Capitol Hill and met with staffers representing their congressional delegation on the issue.

The author is the Senior Press Secretary in the APS Office of Government Affairs.