APS Launches a New Forum on Diversity and Inclusion

On November 8, the APS Board and Council approved the creation of a new forum dedicated to making physics a community where all people feel welcome and heard. A petition to create the Forum on Diversity and Inclusion (FDI) received over 1600 signatures, blowing past the 200 signatures needed for the Council’s consideration, and the petition received a unanimous vote of approval from the Council.

A key tenet of the APS Strategic Plan: 2019 is serving the physics community by providing a welcoming and inclusive environment for all those engaged in physics, and FDI is an integral step to meeting this goal. The formation of FDI will both supplement and expand existing efforts by APS and its member units to promote a culture of diversity, equity, and inclusion in physics, as it will be able to bring together APS members from a variety of backgrounds. FDI will grow the number of APS members who are involved in diversity and inclusion efforts, provide a space for discussing issues within the physics community, and support existing projects.

“The creation of this forum is very timely as the portfolio of APS diversity programs has grown substantially over the last few years,” says Monica Plisch, Director of Programs at APS. “For example, the new APS-IDEA project will network and support physicists working to improve diversity, equity, and inclusion in their physics departments and laboratories, and the Forum is a natural partner in this effort.”

APS committees, such as the Committee on Minorities in Physics and the Committee on the Status of Women in Physics, have long been addressing diversity and inclusion issues. Committees comprise smaller groups of appointed APS members who oversee and support programs related to their charge, while forums are larger membership units that any APS member can join. Several APS Divisions, like the Division of Nuclear Physics, also have initiatives for diversity and inclusion, but FDI hopes to be a more centralized mechanism of promoting these aspects of physics.

“We have committees that do a lot of diversity work for APS, but they are smaller groups: for example, the APS committees have just nine people. There's only so much that they have the capacity to do,” says Erika Brown, APS Education and Diversity Programs Manager. “I think there was a need for a larger membership group to be able to spread the workload, build on the groundwork other groups have laid in order to tackle larger things, and ideally have a greater impact on diversity within physics.”

Elizabeth H. Simmons, the organizing committee co-chair and Executive Vice Chancellor of Academic Affairs at the University of California San Diego, stressed the need for a space that promotes discussions of intersectionality—both of identities and physics subfields.

“Each person has a set of different sub-identities, and it’s the combination of all those different things that impacts how you interact with society. To be most effective, APS needed some way of addressing the full spectrum of what people might be experiencing, not just limited to being a woman or being LGBT or being a racial or ethnic minority,” says Simmons. “We looked at the available types of [membership] units and [a forum] seemed the best match: It would be member-driven, it wouldn't be appointed, it could be involved in organizing talks at major meetings to garner visibility, and in nominating people for awards and prizes.” 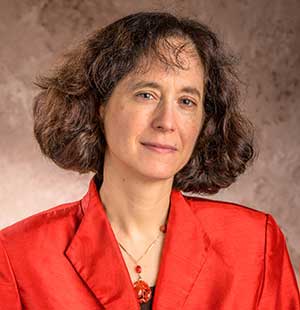 The very first organizing group for FDI began meeting in 2017, co-lead by Simmons and Elena Long, Assistant Professor of Physics at the University of New Hampshire; in early 2019, FDI’s organizing committee drafted their proposal and petition for formation, as well as the by-laws that will govern the Forum’s activities and initiatives. According to Simmons, this was a long process, rooted in the diverse organizing committee members getting to know one another’s unique viewpoints and varied experiences while discussing sensitive issues.

“We had to be very careful in any given meeting to listen to what people were concerned about, not push the conversation…We had to be very slow and deliberative,” says Simmons. “It took us a long time to go through and get the first foundational documents that come before the bylaws, the mission and the vision and the objectives and so on…The big challenge was just going slowly enough to make sure we were considering all the tricky questions. The mechanics of writing bylaws is manageable if you really, really know what you want to say. But we had to work very hard to know what we wanted to say.”

Throughout the process of organizing FDI, the committee worked closely with Brown and Plisch on the APS staff, who offered assistance and additional perspective from their own work in diversity and inclusion programs for APS.

“APS is on a path to really significantly impacting the physics community in terms of diversity inclusion. I see this in the strategic plan and how diversity is a prominent feature. I see it in the support from the very top level, from [APS CEO Kate Kirby] all the way down to staff, to members of the diversity programs that we've got going,” says Brown. “It was only a matter of time before [FDI] was created. And I think that now is the ideal time because we have all this momentum.”

A key issue for the FDI organizing committee was addressing how to word by-laws that ensure the leadership of FDI will continue to give voices to people from varied backgrounds and minority groups within physics.

“An underlying question was how the [the by-laws] could ensure that the voices of all the different groups that need to be heard are going to be heard…really listening to what they’ve experienced and the issues they know are important,” says Simmons. “That's what we were trying to do in the meetings and we were trying to write that into the bylaws. By its structure, the FDI would make sure all of these different voices are not just heard but listened to—that they are given weight and value. And making sure that among the leaders of the FDI there would explicitly be individuals who are charged with making sure that physicists with disabilities, LGBTQ physicists, and so on, reliably have a voice.”

In addition to efforts to promote gender equity in physics, Simmons has been involved with projects to support inclusion of LGBT+ physicists since meeting Long, a nationally recognized advocate for LGBT people in science. Simmons and Long have now worked together on a variety of diversity and inclusion projects, from the lgbt+physicists OutList and the first edition of its Best Practices Guide, to the 2016 APS LGBT Climate in Physics report.

“Both of my children identify as LGBTQ, so I was interested in seeing what I could do within our community,” says Simmons. “[Long] helped me get involved with lgbt+physicists, which produced the ally list and the OutList and the Best Practices guide for department chairs. And then a few years later, Kate Kirby requested the climate report. That team of authors, which drew heavily upon the organizers of lgbt+physicists, came up with the recommendation for a forum.”

Now that FDI has been approved by the APS Council, the Forum can begin work in earnest to promote diversity and inclusion on a large scale across APS. Simmons hopes to see practical ideas from APS members on ways to improve the climate in physics for everyone, such as new best practice guides, improved accessibility at APS meetings, and other coordinated efforts to promote diversity and inclusion.

“Over the longer term, I hope that the FDI can be a place where we can have tough conversations about the barriers many physicists encounter. We should name the things that worry us and try to be better colleagues to one another,” says Simmons.