Twenty years ago, APS launched the PhysTEC program to help address a shortage of physics teachers in the United States through teacher training programs. But some students may still shy away from pursuing STEM education as a career, due to misconceptions about teaching as a profession.

To address the myths about teaching and improve the perceptions of high-school teaching as a career, APS has launched the Get the Facts Out program in partnership with the American Association of Physics Teachers, the American Chemical Society, the Mathematical Society of America, and the Colorado School of Mines. Funded by a National Science Foundation grant, the project will provide resources for reaching STEM majors interested in teaching.

“Our PhysTEC partner, Wendy Adams [at the Colorado School of Mines] had done a lot of research on people’s perception of the teaching profession and found that people have a lot of misconceptions,” said David May, Education and Diversity Programs Manager at APS. “Adams and Monica Plisch, [APS Director of Programs], created Get the Facts Out to address those misconceptions, which are about teacher compensation, benefits, and job satisfaction.”

Many prospective physics educators are choosing other careers because they don’t realize how much teachers are paid—especially when compared to other jobs in physics—with prospects for good retirement benefits and high job satisfaction. Research done as part of the Get the Facts Out program indicates that teachers make 10,000 to 20,000 more than most people estimate, with mid-career teacher salaries ranging from 60,000 to 130,000.

“Get the Facts Out has been doing a lot of research to make sure we are comparing apples to apples,” said May. “For someone with the same level of education, how much do you get paid in different careers?” 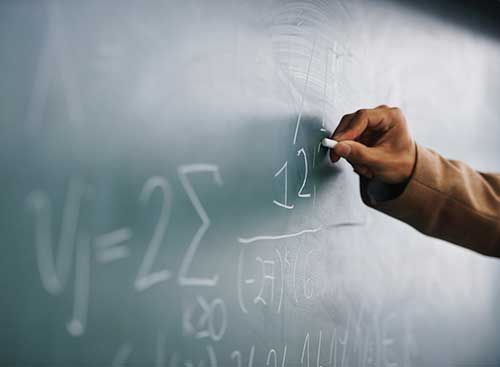 Their research found that high school science teaching is in the middle of the pack for starting salaries for graduates with a bachelor’s degree in math, chemistry, and physics, with many variables that can lead to significant increases in income potential.

A further comparison between teaching and industry employment shows that teachers have excellent retirement prospects: While some private sector employees may earn higher salaries earlier in their careers, teachers often earn benefits and profit from public pension systems that allow for retirement security. Teachers in Colorado, on average, retire 15 years earlier than employees of Lockheed Martin, according to a Get the Facts Out study.

Teachers also report high job satisfaction, ranking second in a recent Gallup poll of dozens of professions. A four-year study conducted by the American Institute of Physics (of which APS is a member society) shows that high school teachers in both public and private schools reported similar job satisfaction and intellectual challenge to their private industry counterparts.

To dispel myths about teaching and hopefully recruit more high-quality science and math teachers, Get the Facts Out has launched a toolkit to reach university students, which is currently focused on those in physics departments. The program made its official debut at the PhysTEC conference in March and will be rolling out a larger marketing campaign this fall to reach beyond PhysTEC.

“Get the Facts Out has created resources for reaching students that include print resources, like posters, as well as entire PowerPoint presentations and interactive workshops,” said May. “These resources are available on the website, but we also provide support for using these resources through a network of experienced faculty called ‘change agents’.”

According to May, more than 25 physics departments have already committed to using the resources provided by Get the Facts Out in the coming academic year and will collect data on the efficacy of the program.

“We’re hearing a lot of interest in these resources—people are asking us about them and saying they want to use them,” said May. “And we really seem to have hit a sweet spot in terms of what kinds of things faculty want and need to get the word out.”