The APS Forum on Outreach and Engaging the Public

Over two thousand members strong, the Forum on Outreach and Engaging the Public (FOEP) is a home for people who believe that telling the world about physics is just as important as the research itself. The forum provides a platform for physicists interested in public outreach—science writing, press relations, policy, public lectures—to connect and share ideas and best practices. Many members are well-known authors and physics communicators.

FOEP’s mission of communicating physics to the general public is especially crucial in today’s political climate, where attacks on science—from climate change to vaccine safety—have become commonplace. To this end, APS has recognized the importance of “expand[ing] public appreciation of physics” in its most recent Strategic Plan (see APS News March 2019), and with good reason: The best defense against assaults on science is a scientifically literate populace.

FOEP started in 2007 as an ad hoc committee within the APS Committee on Informing the Public (CIP), gaining the charter to become an official standalone forum in 2011. Although they do related work, FOEP and CIP are now separate entities: CIP’s charge is to provide guidance to the APS organization for how to reach the public, whereas FOEP’s charge is to provide the tools to APS members to be able to learn how to engage the public and become effective communicators of science.

At the institutional level, FOEP’s main platforms include educational workshops to train people with an interest in outreach. Beyond practical advice for more effective science communication, some training sessions also provide specific insight into how to enter the world of science blogging, podcasting, and social media, or tips for writing op-eds for larger platforms like The New York Times and The Washington Post.

“By and large we’re not born with communication skills,” noted FOEP secretary/treasurer Dan Dahlberg (University of Minnesota), “You have to practice and learn the most effective way to do it and that’s not an easy thing to do.”

At March and April Meetings, FOEP is known for its highly-attended sessions where APS members can hear from inspiring figures in the science communication world. Past speakers have included Chad Orzel (author of the popular “How to Teach Physics to Your Dog” books), Sean Carroll (book author and host of the Mindscape podcast), Henry Reich (host of the YouTube channel One Minute Physics), Clifford Johnson (graphic novelist and a consultant for the physics aspects of several recent Marvel movies), and Kenneth Chang (longtime New York Times science reporter). APS members may also remember FOEP’s extremely popular physics-themed Escape Room from the most recent March Meeting (see APS News April 2019).

While FOEP members are involved in a wide variety of outreach activities, the common thread is convincing the public that science—and particularly physics—is important. According to public opinion surveys conducted by APS, people tend to have a high opinion of scientists but aren’t sure that science has a big impact on their lives.

“People think of physics as what they saw in high school, dropping a ball and seeing how long until it reaches the ground,” explained FOEP chair Don Lincoln (Fermilab). “Our challenge is to teach people that lasers and the transistor revolutionized the world, that the technology that makes the phone in their pocket possible is all due to advances in fundamental physics 50, 60, and 70 years ago.”

Echoed Dahlberg, “People have lost sight of the scientific method and what it means. We need to educate the public about what science does, and its validity in the modern world.” 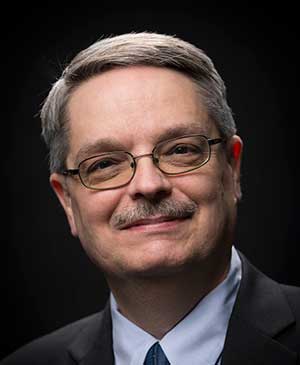 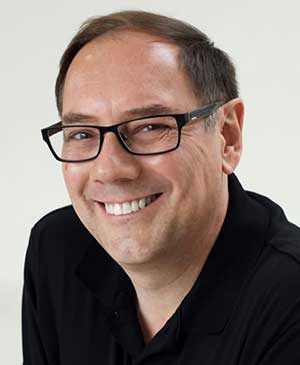 So what are physicists to do? “Give a public talk,” suggests Lincoln, “Start a science café. Write that book you always wanted to write. Start a blog. Run for office, if you have the stamina for it. Write an article for a public magazine or pen an op-ed. Chat with your neighbors, friends, and family.”

“Having a scientifically literate society is essential for our survival as a society,” she noted, “But for people to be interested in STEM, you need to reach out to them.”

She further argued that from a taxpayer perspective, scientists have a responsibility not only to deliver on publicly-funded research projects, but to inform the public how their money was spent, and in turn contribute to their understanding of science (and with it, greater curiosity and problem-solving skills).

“Any effort toward sharing the process of science gives people permission to use it in their own lives,” she elaborated. “It’s a tool for everyone, not just a collection of facts.”

FOEP chair-elect Jim Kakalios (University of Minnesota) framed science outreach as a powerful and much-needed tool to foster more science-based decision-making in the public sphere. “Nowadays I fear that people hold the attitude that science is just another opinion,” he said. “It is incumbent on some of us to make the effort to light a candle instead of curse the darkness and try to talk to the public. Not just as scientists but as citizens.”

Outreach is not without its challenges. In Kakalios’ view, the biggest hurdle in communicating physics isn’t lack of interest but instead insecurity.

“A large part of the population is interested in science questions, but insecure about their ability to understand the material,” Kakalios said. “If I do a bad job at explaining something to my colleagues they will ask me questions because they’re confident in their knowledge. But this isn’t the case for my next-door neighbor. The challenge is finding analogies that break through to people and ways of explaining physics that can be fun and engaging.”

Greco highlighted lack of diversity as another challenge surrounding public engagement with physics.

“Out of all the sciences, physics and engineering have the lowest participation of women and minorities,” she elaborated. “If the main image of a physicist is a white male, other people won’t think physics is for them.” Increased outreach from the existing women and under-represented minorities in the field is helping to counteract this. “It’s working,” she said, “but it’s working too slowly.” Notably, FOEP itself has among the highest rates of female participation for any APS unit (>25%).

Challenges aside, outreach has benefits for scientists themselves as well as the public. Sharper science communication skills translate to better grant applications, a stronger case when lobbying Congress for research funding, and wider public appreciation for one’s own work.

It is unfortunate that the energy most physicists can dedicate to outreach is limited by the pressures of publication and securing grants, particularly for young faculty on the brink of tenure. To this end, Kakalios expressed hope that outreach could become more “professionalized” in the physics community.

“Being good at cutting through the noise is crucial. I would like to see outreach viewed not as ‘dumbing down’ the science but something that’s important in its own right, just like devoting time and energy to being a really good classroom teacher is a laudable use of time and resources.”

Added Lincoln, “perhaps one day strong contributions to physics outreach might be something a university would factor into the tenure decision-making process as a way to encourage young researchers at the peak of their career to continue sharing their excitement about science.”

Overall, FOEP stands out as one of APS’ most vibrant units, helping fellow APS members fine-tune the crucial skill of public outreach for the benefit of scientists and society alike. As Lincoln put it, “physics is far too much fun to keep it to yourself—share it far and wide!”

More information can be found at the FOEP website.