Is Weather the Culprit?

Elizabeth Austin has seen a lot of weather. Trained in atmospheric physics, she investigates the role of weather in crimes and accidents as a forensic meteorologist. “It's a niche,” she admits of her profession, which combines the skillsets of a physicist, a chemist, and a meteorologist and requires careful navigating of complex court cases.

Born in New York and raised in Southern California, Austin grew up backpacking in the mountains of the western United States. Those camping trips solidified her interest in nature. In high school, Austin realized that she could combine her passions for nature and science when her physics teacher showed a movie of the Tacoma Narrows Bridge ripping itself apart in high winds. The combination of physics and atmospheric science that contributed to the bridge’s demise fascinated Austin. She had found her field.

After earning a bachelor’s degree in Atmospheric Science at the University of California, Los Angeles, Austin enrolled in a graduate program at the University of Nevada, Reno. It was during graduate school that a colleague told Austin about forensic meteorology. The idea that science could be used to solve mysteries and determine the causes of accidents was “so up my alley,” says Austin. “It was a combination of everything I was interested in.” 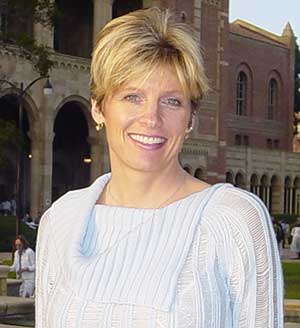 Soon after finishing her M.S. and Ph.D. in Atmospheric Physics, Austin founded a research and consulting firm that, in its present incarnation, is called WeatherExtreme Ltd. Originally a one-woman show, WeatherExtreme Ltd. now has employees across the United States and in Nepal. The firm provides weather forecasting services and weather-related problem solving, like helping companies determine the best location for their headquarters. The scientists at WeatherExtreme Ltd. also investigate court cases in which people have been hurt in part due to weather. The public has a certain fascination with the idea that a natural phenomenon like weather can cause—or at least strongly contribute to—an accident, Austin says.

Austin is often asked to provide an expert opinion on crimes and accidents that involve the weather. She’s been involved in over 1,500 cases spanning the fields of aviation, tornadoes, boating, and avalanches. After years of appearing in courtrooms, Austin has practice presenting the meteorological facts in simple terms that juries can understand. But her work sometimes still takes a mental toll, Austin says, particularly when the accidents involve children. One case sticks with her: a fifteen-year-old girl went parasailing in Florida in 2007 and was killed after her parasailing rope snapped in high winds and she was blown into a building. The winds weren’t unexpected, Austin showed: A National Weather Service area forecast issued earlier that morning had called for strong thunderstorms and wind gusts to 40 miles per hour. Austin’s work on that case contributed to the passing of the Florida Parasailing Act in 2014, which prohibits commercial parasailing in certain wind, rain, fog, and thunderstorm conditions.

A frequent public lecturer about forensic meteorology, Austin also holds a faculty position in the Atmospheric Science Department at the University of Nevada at Reno. In 2018, she was featured on The Weather Channel series “Storm of Suspicion,” which focuses on criminal cases in which the weather played a role.

Austin’s favorite atmospheric phenomenon is a rare event called a waterspout. These features, which are funnels of swirling air that appear over water, resemble small tornadoes. In September 1998, Austin saw several waterspouts on Lake Tahoe, the largest of which was about 100 meters in diameter. Austin recalls scientists from the National Oceanic and Atmospheric Administration flocking to Lake Tahoe to study that event, something she remembers as “unbelievable.”

The many different fields in which Austin is fluent—such as the fluid dynamics of the atmosphere and atmospheric chemistry—are linked by physics. “Physics is a huge part of what I do,” she says. “You kind of have to be a jack of all trades.”

The author is a freelance writer in Portland, Oregon.