November 9, 1825: Public Demonstration of the Limelight

For centuries, stage lighting in the Western world was notoriously primitive, until gas lighting made its debut in the early 19th century and revolutionized the theater. But it was the invention of the limelight a decade later by Sir Goldsworthy Gurney, the quintessential 19th century gentleman scientist, that dominated stage lighting for the next several decades. Although long since replaced by incandescent and LED electric lighting, the invention lives on when we say someone is “in the limelight.”

Born in Cornwall in 1793 to a reasonably well-off family, Gurney showed an early interest in science in his education, notably chemistry and mechanical science, even constructing his own piano. He was particularly impressed with a demonstration he witnessed of inventor Richard Trevithick’s steam road carriage, dubbed the “Puffing Devil.” But initially he trained as a surgeon, starting his own medical practice in 1813 and marrying a local farmer’s daughter the following year.

Seven years later the family relocated to London. Gurney still made his living as a surgeon, but the city also introduced him to the broader scientific community. He became a lecturer at the Surrey Institution, teaching chemistry, and invented a device capable of creating an intensely hot flame by combining burning jets of oxygen and hydrogen. The latter provided the technological underpinning for the new kind of lighting that would come to be known as limelight. By trial and error, Gurney figured out that he could produce a brilliant light—bright enough to be visible nearly 100 miles away—by playing a flame on a chunk of lime. 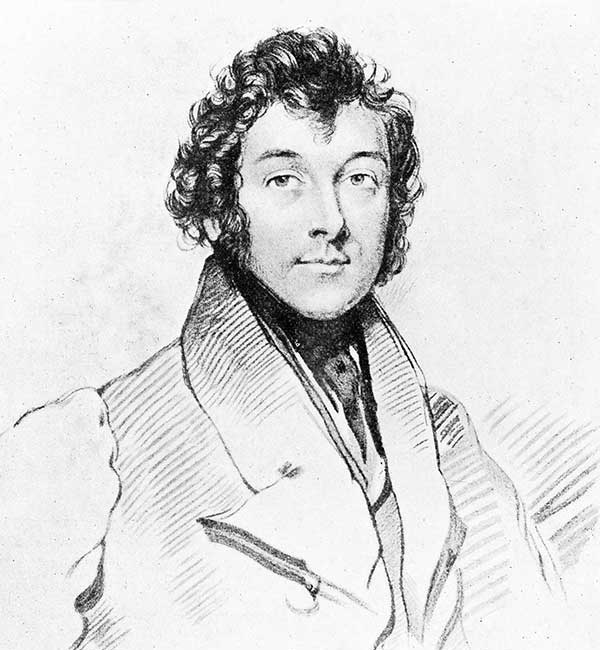 Historical records show that the earliest known use of limelight at a public performance occurred on October 3, 1836, when it was used to illuminate a magician’s juggling performance in Kent. A contemporary leaflet used the word “koniaphostic” derived from Greek, describing the effect as bathing “the whole pier with a flood of beautiful white light.” Covent Garden Theater used limelight the following year to illuminate its indoor stage, and by the 1860s and 1870s, limelight was commonly used in theaters around the world, and introduced the spotlight to the theater.

Building on his successful invention of limelight, Gurney was able to produce even brighter white light by adding oxygen directly to the flame of an oil lamp. He even figured out how to light his entire house this way via an intricate system of prisms and lenses running through the hallways. He patented the invention in 1839. The British House of Commons purportedly replaced the 280 candles it traditionally used for illumination with three of Gurney’s tricked-out Bude lights (named after his town in Cornwall), which remained in place for some 60 years. It wasn’t until the invention of arc lighting at the end of the 19th century that limelight fell out of widespread use.

Limelight also proved useful in the field, thanks to Scottish engineer Thomas Drummond, who was born in Edinburgh and showed an early gift for mathematics. Because of this he was recruited to use his facility with trigonometry to help survey the Highlands. The work also brought him to London, where he attended a lecture and demonstration of the limelight effect by Michael Faraday on November 9, 1825, and immediately realized its potential for surveying. He built a working prototype the following year, which is why it is called a “Drummond light” in certain circles. It’s also why he is sometimes mistakenly cited as the inventor of the limelight. Drummond used his prototype in a trigonometrical survey of Great Britain and Ireland.

Despite his early successes and corresponding fame, Gurney’s life also had its share of misfortune, notably failed business ventures and legal battles that left the once comfortably well-off gentleman nearly penniless. Inspired by Trevithick’s Puffing Devil, Gurney invented his own patented steam-powered carriages, one that worked well enough that he successfully drove to and from London and Bath in the summer of 1829, averaging 15 miles per hour.

But it was not a commercial success, as the public feared the dangers posed by building a vehicle over a steam boiler. Gurney’s daughter, Anna, defended the safety of her father’s invention in a letter to The Times in December 1875, writing that she never witnessed any accident or injury, except “when the fair people [at Melksham] set upon it, burnt their fingers, threw stones, and wounded poor Martyn the stoker.”

Gurney built another version, the Gurney steam drag, tethering a passenger carriage to a steam engine, and shipped two of them to Glasgow around 1830. One was damaged in transit to a military barracks, and even though Gurney warned the officers not to use it, they started the engine anyway. The boiler exploded, seriously injuring two people. He had better luck, at least at first, with a regular steam carriage service between Cheltenham and Gloucester. But a powerful lobby of those invested in horse-drawn carriages successfully convinced Parliament to establish heavy tolls on all steam carriages, which killed the fledgling business. Gurney ended up bankrupt and owing over 200,000 pounds in debts.

Gurney rebounded eventually, and was knighted by Queen Victoria in 1863. Unfortunately he suffered a stroke soon after and moved back to the Cornwall countryside, passing away on February 28, 1875. The inscription on his gravestone reads, “To his inventive genius the world is indebted for the high-speed of the locomotive, without which railways could not have succeeded and would not have been made.” It didn’t mention his invention of the oxy-hydrogen torch, precursor to the limelight. But the inscription under a stained glass window Gurney’s daughter, Anna, sponsored in St. Margaret’s, Westminster did.