The Harvard College Observatory is justly proud of its Astronomical Photographic Plate Collection, consisting of more than 500,000 photographs of the night sky taken between 1882 and 1992. To take data from these images, the Observatory’s then-director Charles Pickering put together a small cadre of women. Among them was Henrietta Swan Leavitt, who would go on to study one of the most important class of stars—the Cepheid variables.

These women, known as "computers," performed the tedious and time-consuming task of measuring and cataloguing the brightness of all the stars captured in Harvard’s vast collection of photograph plates of the night sky. Pickering first hired his maid, Williamina Fleming, out of frustration with his male assistants, declaring that she could do a better job. He was right; Fleming wound up working for him for the next 34 years, along with several other women who also proved equal to the task. And since he did not have to pay them at the same rate as men, he could afford to hire more of them and stay within his budget. His team catalogued more than 10,000 stars for the Henry Draper Catalogue, and the preliminary version was published in 1890. 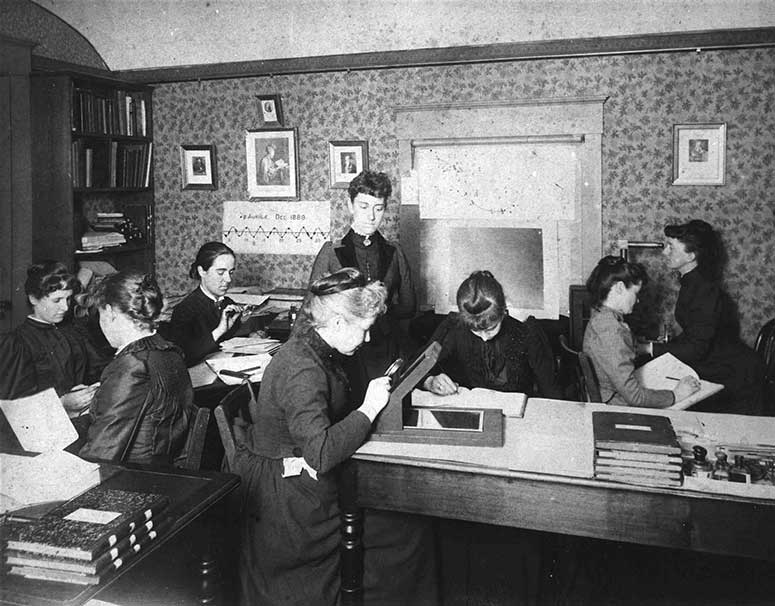 The "computers" of Harvard College Observatory

While it was said that Pickering chose the women "to work, not to think," several proved to be highly capable astronomers. They included Annie Jump Cannon, who devised a classification system for stars that is still in use today. And then there was Henrietta Swan Leavitt, who determined how to measure distances to far-off celestial objects.

Born in 1868 to a Congressional church minister, the young Henrietta hailed from a proud Puritan heritage. She attended Oberlin College and what would later become Radcliffe College. It was a rigorous education for a woman of that era, including instruction in ancient Greek, philosophy, analytical geometry, and calculus, as well as science and the fine arts. Leavitt fell in love with astronomy during her senior year while taking a class in the subject.

After earning a bachelor’s degree in 1892, she took some time to travel in Europe, but an illness left her largely deaf for the rest of her life. Still, her love of the stars remained, and—blessed with independent means—she became a volunteer "computer" at the Harvard College Observatory a few years later, eventually joining Pickering’s permanent staff at the modest salary of 30 cents an hour. She was deemed "hard-working and serious minded … little given to frivolous pursuits and selflessly devoted to her family, her church, and her career."

Pickering assigned Leavitt the task of studying the variable stars—those changing from bright to dim to bright again at periodic intervals—in the Small and Large Magellanic Clouds. By overlaying one plate on top of another to see how the star had changed its brightness between exposures, she meticulously noted 1777 such stars, but also noticed something peculiar about them: the brighter the star, the larger the period. As Leavitt wrote, "A straight line can be readily drawn among each of the two series of points corresponding to maxima and minima, thus showing that there is a simple relation between the brightness of the Cepheid variables and their periods." This is now known as Leavitt’s law, or the "period-luminosity relationship." She would ultimately discover more than 2400 variable stars. 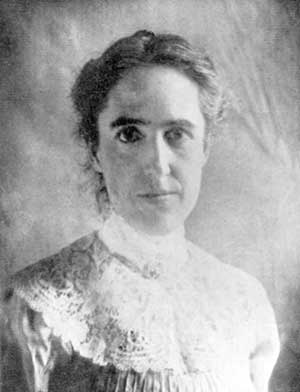 Her discovery was significant because the brightness of such stars proved remarkably consistent regardless of their location in the universe. They became a useful "standard candle" in astronomy, enabling scientists to easily compute the distances to galaxies too far away for the prior method of stellar parallax observations to be useful. Within a year astronomers had used her results to determine the distance to several Cepheid variables in the Milky Way. Ultimately, her discovery convinced Harvard astronomer (and future Observatory director) Harlow Shapley that the sun was not the center of our galaxy. It also convinced Edwin Hubble that the Milky Way is not the center of the universe.

Most significantly, Hubble drew on her work with Cepheid variables to measure the distance between Earth and the Andromeda galaxy: at 2.5 million light years away, it is the nearest galaxy beyond our own. And of course, by measuring the redshift of stars, Hubble determined that our universe was not static, as astronomers previously believed, but expanding. Astronomy would never be the same.

Sadly, Leavitt died from cancer on December 12, 1921, shortly after being named head of the stellar photometry division. In his obituary, her colleague, Solon Bailey, praised not just her science, but also her personal character: She "had the happy faculty of appreciating all that was worthy and lovable in others, and was possessed of a nature so full of sunshine that, to her, all life became beautiful and full of meaning."

As director of the Observatory, Pickering published Leavitt’s work under his own name, although she was credited with "preparing" it. But at least one scientist deemed Leavitt’s contributions worthy of a Nobel Prize. In 1924, the Swedish Academy of Science’s Gӧsta Mittag-Leffler sought to nominate her for the prize and wrote to Shapley in 1926 requesting more information on her work. The ambitious Shapley informed Mittag-Leffler that Leavitt had died, rendering her ineligible, and suggested he might be a more worthy recipient for his interpretation of her findings. (He never won the Nobel Prize either.) But while Leavitt may not have won the Nobel Prize, there is an asteroid and a crater on the Moon named in her honor, as well as a play about her life and science, Silent Sky, by critically acclaimed playwright Lauren Gunderson.

Johnson, G. 2005. Miss Leavitt’s Stars: The Untold Story of the Woman Who Discovered How to Measure the Universe. New York: W.W. Norton.

Sobel, D. 2016. The Glass Universe: How the Ladies of the Harvard Observatory Took the Measure of the Stars. New York: Penguin.