Over the last decade, Harvard climate scientist David Keith has pushed a controversial idea for fighting global warming: spraying molecules such as sulfur dioxide or calcium carbonate into the upper atmosphere. The scientific premise is simple enough. The particles reflect solar radiation back into space and increase cloud formation. If you inject enough of it up there, global warming could be stopped or reversed.

As 2016 and 2017 look to become the two hottest years on record, Keith argues that this tactic, known as solar geoengineering or solar radiation management, could be an important tool for reversing rising temperatures. But at the moment, Keith says, the proposed technology is unvetted, poorly understood, and insufficiently funded. Keith thinks that the research on it needs to ramp up now. “There should be a serious, international, open-access research effort on the efficacy of solar geoengineering,” he says.

That’s why Keith and his collaboration — named the Stratospheric Controlled Perturbation Experiment, or SCoPEx — plan to launch a balloon in Tucson, Arizona, to run some small geoengineering tests sometime next year. The balloon, hovering in the stratosphere at 20 kilometers altitude and cruising at a couple of meters per second, will release up to a kilogram of aerosol particles into the air while the collaboration monitors it from the ground.

Keith and Harvard chemist Frank Keutsch will lead several experimental runs during which the balloon takes measurements for a few hours at a time. According to the SCoPEx website, they will first release ice to test whether their hardware works. On subsequent flights, they will release less than a kilogram of calcium carbonate, possibly followed by sulfate compounds.

Their funding will come from Harvard internal funds and likely Harvard's Solar Geoengineering Program, which has raised money from Microsoft co-founder Bill Gates, the Hewlett Foundation, the Alfred P. Sloan Foundation, and other philanthropists. SCoPEx follows in the wake of several other solar geoengineering collaborations that have failed to pick up momentum, such as at the 2011 E-PEACE experiment out of the University of California, San Diego, and the SPICE collaboration in the U.K., which stalled in 2012.

Keith’s group wants to take basic measurements to understand what happens when the balloon releases the aerosols. “We do have laboratory experiments going on, but there’s lots of things that you can’t replicate in the lab,” Keith says. For example, it’s difficult to make a lab-scale model of the stratosphere’s high levels of ultraviolet radiation or the fluid dynamics of an open space as vast as Earth’s atmosphere. The balloon will measure the dynamics of particles mixing and reacting with the surrounding molecules. These new measurements could help refine solar geoengineering climate models.

Keith stresses that this experiment is not a test of full-scale solar geoengineering. Its emissions would be negligible: commercial airplanes release more sulfates per minute of flight than would be released in this experiment. In his 2013 book, A Case For Climate Engineering, Keith points out that volcanic eruptions, which cool the planet via the same principle, release millions of tons of particles per eruption. The point of the experiment is to gather evidence to begin to intelligently evaluate the technology. In the event that global temperatures rise so much that solar geoengineering deployment ends up looking like the best solution, he wants policymakers to be as informed as possible. “I’m in favor of people knowing more,” Keith says.

However, critics argue that even small-scale experiments are a slippery slope. If early test results are promising, policymakers may be biased to sink more money into solar geoengineering at the expense of exploring better options. “Even basic research has political implications,” says David Dana, a legal scholar at Northwestern University whose specialties include environmental law.

Furthermore, you would still have to do a much larger experiment — inject orders of magnitude more aerosol — to accurately model the climate effects of solar geoengineering, says climate scientist Gabriele Hegerl of the University of Edinburgh, who co-authored a 2009 article in Science titled “Risks of Climate Engineering.” Hegerl says that to determine how much volcanic eruptions cooled Earth, climate models aggregated data over multiple eruptions.

In the Science article, Hegerl and her co-author, MIT atmospheric chemist Susan Solomon, write that it’s irresponsible to promote solar geoengineering simply because it lowers temperatures. Temperature is only a symptom of a larger environmental problem. “Solar radiation management doesn’t attack the global warming problem at its root, which are emissions,” Hegerl says.

Consequently, the technology won’t be an environmental panacea. For example, solar geoengineering won’t address ocean acidification at all, where rising carbon dioxide levels have resulted in a more acidic ocean because of increased carbonic acid in the water. It could also reduce rainfall in monsoon regions in East Asia, Africa, and North America, as found in a 2013 study. “I’m quite nervous about it,” Hegerl says.

If side effects like drought do indeed occur, it will be statistically challenging to prove solar geoengineering caused them, Hegerl says. For example, it may be impossible to quantify the exact decrease in rainfall caused by injected aerosols. That’s because precipitation, temperature, and other weather phenomena depend on so many coupled variables. “We could cause potentially harmful changes that would be really tricky to prove were from solar radiation management,” she says. Once deployed, it could be difficult to hold solar geoengineering accountable for its side effects.

Keith acknowledges potential side effects could occur, but he thinks that the path forward is to do more research. They have begun to investigate side effects for their balloon experiment. For example, some types of proposed aerosols could destroy ozone in the stratosphere. Keith’s group has chosen to release calcium carbonate because their model predicts that it could actually help restore ozone.

Technical considerations are merely the tip of the iceberg, though. “The real disagreements are about the bigger questions,” Keith says. “The ethics, the broader climate policy.”

From the policy perspective, critics argue that should the technology come to fruition, governments could be less motivated to cut emissions — an example of a so-called “moral hazard.” Dana, who considers himself neither for nor against solar geoengineering, has conducted surveys designed to answer this question. “It’s pretty early research, but the results do suggest that if people hear that solar geoengineering might work, they might be less supportive of things like carbon taxes,” he says.

The current political climate isn’t promising, either. Solar geoengineering requires global cooperation, something that looks uncertain in the wake of President Trump’s pledged exit from the Paris Climate Accord. “If we can’t pull [the Paris Accord] off, it seems even less likely we can cooperate on geoengineering,” Dana says.

And what if geoengineering is just technological hubris? Top-down approaches for “fixing” the environment often have unintended consequences. For example, in the mid-twentieth century, the U.S. Army Corps of Engineers straightened Florida’s Kissimmee River to prevent flooding, only to damage the local ecosystem of birds and fish. Beginning in the 1990’s, the government restored the river’s previous path. “Humankind doesn’t have a great track record of implementing amazing technological solutions,” Hegerl says.

Because solar geoengineering proposals have largely been theoretical, government regulations for it don’t exist yet. Keith’s group plans to name an independent advisory panel to guide the experiment. “It’s really important to have a high level of transparency and to have some sort of independent regulatory oversight,” he says.

Although no government is anywhere near ready to deploy solar geoengineering, the likelihood of using the technology in coming decades is increasing. “If you look at the projections for cutting emissions and how slow it is for emissions reductions to affect climate, there’s a pretty good argument we’ll have to do something,” Dana says. Debates over solar geoengineering — and its risks — are moving toward the mainstream.

The author is a freelance writer based in Tucson, Arizona. 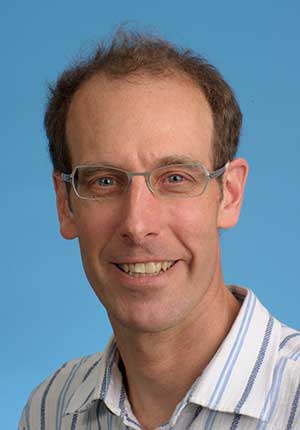