The Federal Budget Part Two: A Tutorial and Update on the Fiscal Year 2018 Physical Science Research and Development Budget

Note: This article is based on a presentation given to the 2017 APS April Meeting in Washington DC in January 2017, with an added early September update. Part One was published in the August/September issue.

When I gave a presentation at the APS “April” Meeting last January I had just completed my appointment as the Director of Science at the U.S. Department of Energy (DOE), which as the APS News readership knows is the largest funder of physical science research in the federal government.

I hadn’t actually paid a lot of attention to the entire federal budget until I became a federal employee, and then I found it to be quite sobering.

This Back Page article is spread in two parts across two issues of APS News. First, in Part One in the September issue, I covered some historical trends in U.S. research and development (R&D) funding, contrasted with that of some other nations, and then provided an early June update on the administration’s proposed budget for next fiscal year (FY18) and a call to the physics community to respond.

In this Part Two, I will give a short tutorial on the federal budget as a whole and where R&D fits into it, and a mid-September update on the congressional budget marks for FY18.

The Federal Budget — a Tutorial

As a reminder from Part One, the U.S. federal government is normally working on three annual budgets simultaneously. The budget for fiscal year (FY) 2017, from October 1, 2016 to September 30, 2017, is being executed by agencies now. Let’s call that budget the FY budget.

At the same time, the FY+1 budget is under consideration by Congress; that budget is (normally) submitted to Congress by the president during the first week in February of FY, i.e., four months after the start of FY and eight months prior to the start of FY+1. Congress must assess this budget, usually through hearings and testimony, and enact 12 separate appropriations for the FY+1 budget.

Because of the turnover in the presidential administration last January, submission to Congress of the president’s FY18 proposed budget was delayed until late May, and congressional budget hearings were held for FY18 in June and July. The House has just, in mid-September, passed a package of twelve appropriations bills, and the Senate Appropriations Committee is in the process of passing appropriations bills out of its various subcommittees.

Concurrent with congressional consideration of the FY+1 budget, the administration is formulating the FY+2 budget, a process led by the Office of Management and Budget (OMB) and negotiated separately with each agency; the formulation process can take as long as one year prior to the submission to Congress. 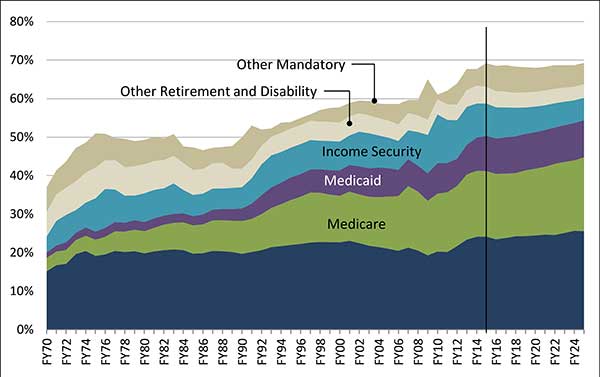 Fig. 2: Historical Growth and Projections of the Mandatory Programs

Fig. 3: Congressional Budget Office Projections for Spending in a Business-as-Usual Scenario. The peak in 2009-2010 is the stimulus spending of the 2009 American Recovery and Reinvestment Act. Other noninterest includes all discretionary spending.

The FY15 enacted federal budget was $3.7 trillion. Two thirds of it was “mandatory.” This includes what are called entitlement programs: Social Security, and the major healthcare programs for retirees and low-income earners, Medicare and Medicaid, along with other programs like unemployment, food stamps, federal housing loan programs, veterans’ retirement, and the net interest on the U.S. national debt.

Relevant to physical science research is the “discretionary” spending, a yearly budget process through the appropriations committees of Congress. This comprises about half defense and half nondefense spending. And the research and development (R&D) part of each of those is about 10%; together a very small slice of the total federal budget — roughly 3%.

Here is an issue: For the past 50 years, the U.S. has been running an annual budget deficit, and it’s getting worse. The differences between federal outlays and revenues have averaged about 3% of the U.S. gross domestic product (GDP), currently around $18 trillion. We must borrow money to pay for these ~3% per year deficits, with the net interest on the federal debt part of the mandatory part of the budget.

Within mandatory spending Medicare and Medicaid are growing the most rapidly. Social Security is growing as well but not as rapidly. The Congressional Budget Office (CBO) projections for the mandatory programs are shown in Figure 2.

If we continue with our current policies then our deficit is only going to get worse, with a ballooning net interest payment. In Figure 3 you can see this in the CBO projections assuming business as usual out to 2040.

Our national debt is now larger than GDP and comparable in current dollars to what it was in World War II — and if you just extend what we’re doing today, then our interest payments become three times larger by 2040. This is not sustainable.

About 20% of the nearly $20 trillion current national debt is held by foreign countries, the largest holders being China and Japan. This is a strategic risk and not internationally sustainable.

What this means is that in the next few years spending caps such as the 2011 “sequester” on the discretionary spending levels can go only so far: we will need to begin to address the biggest cause of the problem: net future spending on the major entitlement programs Medicare, Medicaid and Social Security.

If we cannot contain the spending on the major entitlement programs, federal spending on the discretionary part of the budget, including R&D — our investment in the future — will continue to decrease.

As of mid-September, there has been no agreement on healthcare spending reform, the administration, the House and the Senate are all in negotiations about raising the debt ceiling for temporary hurricane relief, a short continuing resolution keeps the government operating until early December, and Congress is working hard on passing all of the appropriations bills. The Senate subcommittee marks and the House marks for the appropriations restore much of the president’s proposed drastic cuts to research spending for FY18 to close to FY17 levels, with some strong differences between the House and Senate marks in some of the applied research programs such as energy, space, and manufacturing. Both major funders of basic physics research, National Science Foundation and the DOE Office of Science, can expect that “level is the new up.” It behooves you to continue to tell stories of the impact that your research has had, and make the argument that although federal R&D funding in a broad mix of fields is only 3% of the annual budget, it is a critically important investment in the future of our nation.

The author is Benjamin Peirce Professor of Technology and Public Policy in the John A. Paulson School of Engineering and Applied Sciences and Professor of Physics, Harvard University. She served as the Director of the Department of Energy’s Office of Science from 2015 until 2017, overseeing $5.5 billion in research funding as well as the management of 10 national laboratories. She was dean of the School of Engineering and Applied Sciences at Harvard from 2009 until 2014, and principal associate director for science and technology from 2007 to 2009 and deputy director for science and technology from 2004 to 2007 at Lawrence Livermore National Laboratory. From 1978 to 2004, Murray held a number of positions at Bell Laboratories (Lucent Technologies). She served as APS president in 2009, and is a member of the National Academy of Sciences and National Academy of Engineering as well as a Fellow of the American Academy of Arts and Sciences.