APS members are making big moves in the science policy arena, helping to ensure that the U.S. maintains robust science budgets to keep the nation on a path of jobs and prosperity.

Dominic Calabrese, a physics professor at Sierra College in Rocklin, California, working with the APS Office of Public Affairs (OPA), landed an op-ed in the Auburn Journal, urging his representative Tom McClintock (CA-4th) to reject President Trump’s proposed cuts to science. McClintock serves on the House Committee on the Budget, and thus plays an integral role in funding decisions.

A highlight of Calabrese’s piece: "His [Trump’s] proposed 2018 budget would do considerable harm to scientific innovation that has not only positively impacted California’s $47 billion agricultural production, but also the millions of farms across the country."

Calabrese said it is crucial that scientists educate members of Congress on the importance of science.

"Very few politicians in Washington, D.C. and the state and local levels have a background in the sciences," he said. "They are making decisions on bills that directly affect the livelihood of many educators and professionals in the scientific community, and I felt I had to voice my concerns regarding science funding."

Calabrese added, "My involvement (in science advocacy) has given me the chance to make a difference in the lives of the members of the science community. It has also allowed me to be heard by my congressional representative. Lastly, I hope my involvement has increased our congressional district’s awareness of the significance of federal science funding."

Calabrese took his advocacy a step further by meeting with McClintock’s staff in his local office, along with Greg Mack, APS government policy specialist, to underscore key points in his op-ed. McClintock’s staffers — both locally and in Washington, D.C., have responded in a favorable manner toward the importance of funding science.

"McClintock was on our advocacy target list, but he was a challenge," said Francis Slakey, OPA interim director. "He represents a rural district with no significant research footprint — he’s an influential member of Congress, but from his point of view, he had no reason to care about science." That’s no longer the case, added Slakey. "Dominic changed that."

Calabrese’s advice to APS members who want to become involved in advocacy: "If there is an issue you really feel passionate about, you should try to get involved. You can contact the APS Office of Public Affairs [opa@aps.org] to get started. Nobody else is better equipped to express their concerns about science policy than a person trained in the sciences."

Karen King, an assistant teaching professor in the Department of Physics and Astronomy at the University of Missouri, said she became involved in advocacy because she holds "a deep conviction that all students deserve a high-quality education that includes rigorous courses with critical-thinking skills."

"Whether a child dreams of being a doctor, engineer, or an astrophysicist, she should have access to challenging courses and support of teachers to reach her aspirations," King explained.

Working with the APS Office of Public Affairs, she wrote an op-ed that appeared in St. Louis Dispatch. It urged U.S. Sen. Roy Blunt to support STEM education by fully funding Titles II and IV in the Every Student Succeeds Act, which were targeted for cuts in the White House budget proposal. Surprisingly, Blunt responded a week later in a letter in Dispatch. He wrote, "I have serious concerns with some of the cuts included in the president’s budget."

Blunt is vice chair of the Republican Conference, putting him in charge of messaging for all Senate Republicans. "So when he publicly challenged Trump’s budget proposal in response to Karen’s op-ed," Slakey explained, "it enabled other Republican senators to do the same."

King was elated with Blunt’s response, but she explained that she did not get involved with advocacy for personal gain.

"Advocacy is not about personal rewards; I got involved because it feels like the right thing to do. A positive response from policymakers is encouraging, but it is also critical to maintain sustained effort, even in the face of discouraging results."

Her tips for those who want to get involved in advocacy:

"I encourage [students] to get involved at multiple levels of government, including presenting undergraduate research at our state capitol or applying for federal summer internships. The APS Advocacy Dashboard (aps.org/policy/issues/) is a good resource for further actions that citizens can take. Finally, I think much can be gained, especially locally, by focusing on building relationships — getting to know local teachers, administrators, and folks in our own city government."

The author is Press Secretary in the APS Office of Public Affairs. 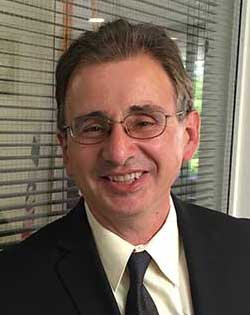 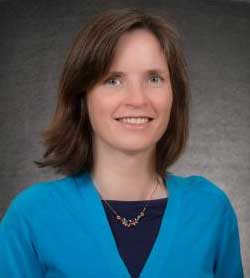