Many scientists over the years have lamented how little interest in science (if not outright hostility to it) the average person shows — including many highly educated academics in the humanities. This notion has its roots, in part, in a famous lecture and subsequent book by a British physical chemist named Charles Percy (C. P.) Snow.

Snow was born in 1905 in Leicester, England, where his father, William, was a church organist and choirmaster who supplemented the family income by giving music lessons and working as a clerk in a shoe factory. What his childhood lacked in wealth, it made up for in intellectual richness, and thanks to scholarships, the young C.P. was able to attend the nearby university. The lure of financial stability drew him into science, although his literary inclinations were also evident. He wrote a novel as an undergraduate — and then destroyed it. After earning a degree in chemistry and a master’s in physics, he went on to complete a Ph.D. in physics from Christ’s College, Cambridge, and became a Fellow there in 1930.

Snow’s dissertation investigated the infrared spectra of simple diatomic molecules, and he continued to work in that area along with using crystallographic methods to study complex organic molecules. He published his first novel — a mystery called Death Under Sail — in 1932. With a colleague, Philip Bowden, Snow stumbled upon on a potentially promising new technique for synthesizing vitamin A, which might have cemented his scientific reputation, had their published paper not contained a clear, critical error.

That experience, and Snow’s background in molecular physics in general, found its way into the author’s 1934 third novel The Search. The book follows a scientist from his childhood discovery of science to a thriving research career and the promise of true greatness — until a single mistake in a calculation costs him a prestigious academic appointment, and he decides to leave the field.

Snow, too, opted to leave science, due in part to his embarrassment at the error, but also because his reputation as a novelist was on the rise around the same time: The Search received widespread critical praise. He concluded that perhaps he was not cut out for science after all, although his academic background would continue to influence his writing, both fictional and nonfictional. Snow remained at the college as an administrator and tutor, later serving as editor of the Cambridge Library of Modern Science, and also did a stint as editor of the popular science magazine Discovery from 1937 to 1940. As a novelist, he is best known for a series of 11 novels, Strangers and Brothers, published over 30 years.

With the outbreak of World War II, Snow put his scientific background to good use as director of technical personnel for the Ministry of Labour. He trained scientists in the new radar technology, and advised on the selection of British physicists to work on the fledgling Manhattan Project in the United States. Postwar, he divided his time between writing and serving as a government science advisor. He was knighted in 1957, became Baron Snow of Leicester in 1964, and served as secretary in Parliament for the newly formed Ministry of Technology in the House of Lords from 1964 to 1966.

In May 1959, Snow was asked to give the prestigious Rede Lecture at Cambridge’s Senate House, and he chose to deliver a harsh assessment of the British educational system, particularly with regard to what he saw as a marked preference for the humanities over science. In 1956, Snow had published an article in the New Statesman entitled "The Two Cultures," and this formed the basis for his talk. The "two cultures" of the title refers to what Snow called a "gulf of mutual incomprehension" between the sciences and the humanities, making true communication between them very difficult.

As an example, he pointed to the countless times at social gatherings of intellectuals, when those in the humanities would decry the supposed illiteracy of scientists. Snow invariably responded by asking how many could describe the second law of thermodynamics. "The response was cold: it was also negative," he wrote. "Yet I was asking something which is the scientific equivalent of saying, Can you read?" (The incident was immortalized by satirists Flanders and Swann in a musical monologue in 1964.)

In Snow’s eyes, this cultural gap was a significant problem, driving many intellectually gifted people away from the sciences, which he deemed critical to solving what he saw as the most important issue facing the world: the huge inequality gap between the very rich and the very poor brought about by the industrial revolution. He expanded on the talk in a book later that year: The Two Cultures and the Scientific Revolution.

While Snow’s scientific readers may have cheered him on, the reaction to his lecture was swift and harshly negative from the humanities corner. Famed literary critic F. R. Leavis derided Snow as being "intellectually as undistinguished as it is possible to be." His colleague, Lionel Trilling, was more circumspect, but expressed concern that Snow’s tribal approach to two cultural camps further hampered "the possibility of rational discourse." (Decades later, biologist Stephen Jay Gould would write that Snow’s basic argument was damaging and short-sighted.)

Snow published an updated version, The Two Cultures: A Second Look, in 1963, in which he softened his stance a bit. He acknowledged that a so-called "third culture" was emerging via the social sciences, which, like the arts, were primarily concerned with "how human beings are living or have lived." He died on July 1, 1980, in London, but his words in that 1959 lecture and book continue to resonate today. As recently as 2008, The Times Literary Supplement listed The Two Cultures and the Scientific Revolution as one of the top 100 most influential books since World War II. 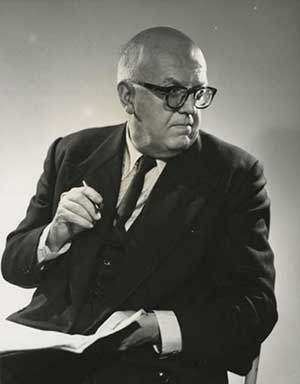