APS recognized Scott Franklin and Mina Hanna with its inaugural Five Sigma Physicist Award for their outstanding science policy advocacy during the past year.

"I am thrilled and honored to be named a Five Sigma Physicist. The APS Office of Public Affairs (OPA) staff has been fantastic, walking me to congressional offices and providing me with talking points and materials. I could not have done it without APS," said Franklin, professor of physics and astronomy and director of the Center for Advancing STEM Teaching, Learning, and Evaluation at the Rochester Institute of Technology.

Franklin decided to get involved with science policy advocacy eight years ago. He explains, "I was attending an American Association of Physics Teachers national meeting, and the case was made that physicists could have an impact," recalled Franklin. "I also discovered that not many physicists were involved in advocacy, so I viewed it as a great opportunity."

Franklin then connected with APS OPA to gain tips on how to have an effective meeting with his member of Congress.

"The biggest thing I’ve learned about advocacy is that communicating on Capitol Hill is really different from communicating in academia. Scientists are used to laying out a long chain of reason and logic that leads to a conclusion. But that’s not how you communicate on Capitol Hill. You start with your ‘ask’ and allow the representative or staffer to determine what angle is most useful to them," explained Franklin.

Franklin was chosen for the Five Sigma Physicist Award because he established a good working relationship with U.S. Rep. Louise Slaughter’s office; consistently worked with OPA on meetings in Washington, D.C.; and participated in an advocacy campaign to visit the local offices of U.S. Sen. Kirsten Gillibrand and Slaughter.

Hanna was selected for the award for writing an op-ed in the Houston Chronicle about the importance of funding scientific research, and for holding a meeting about the related issues with a staffer who works for U.S. Rep. Lamar Smith on Capitol Hill.

"I’m very enthusiastic and beyond grateful for APS and OPA for this recognition," said Hanna, a physicist, senior applications consultant at Synopsys, Inc. and chief operating officer at Wholesplit, LLC, both in Austin, Texas.

"We are proud to have Scott and Mina as Five Sigma Physicists," said Francis Slakey, interim director of OPA. "They recognize how crucial it is to the future of science for researchers to meet with congressional staff."

Added Greg Mack, "Five Sigma Physicists help make the needs of the physics community stand out from other interests. Scott and Mina are great examples of how APS members can work with the APS OPA to develop into effective science policy advocates to achieve this goal."

To learn more about the OPA grassroots program, contact Greg Mack at mack@aps.org. 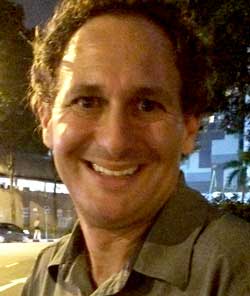 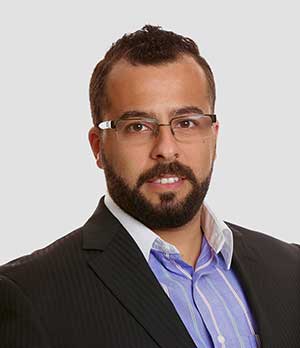