Woman Physicist of the Month

Sevil Salur is an experimental high energy physicist at Rutgers, The State University of New Jersey. She investigates the properties of the quark-gluon plasma at both the Large Hadron Collider at CERN in Geneva, Switzerland and at the Relativistic Heavy Ion Collider at Brookhaven National Laboratory in Upton, New York. In 2014, Salur received a National Science Foundation Faculty Early Career Development Program award to support her experimental work. At Rutgers, in addition to supervising postdocs and graduate students, she has mentored eight undergraduate students (including four women) in research. Two of these undergraduate students received Goldwater scholarships. In 2013, she was named Rutgers Society of Physics Students' outstanding teacher. She has organized several conferences including Hot Quarks, a meeting specifically designed to enhance the direct exchange of scientific information among the younger members of the relativistic heavy ion community. Salur co-hosted the APS Conference for Undergraduate Women in Physics (CUWiP) at Rutgers in 2015 and helped organize the APS CUWiP at Princeton in 2017.

Given the ongoing difficulty of finding highly experienced and well-educated middle and high school STEM teachers, especially in physics, chemistry, and computer science, the APS Panel on Public Affairs, American Chemical Society, Computing Research Association, and Mathematics Teacher Education Partnership surveyed over 6,000 current and recent majors in these disciplines. Among the major findings in the report are:

"Around half of STEM majors indicate some interest in teaching …

[Of these,] 80% say that various financial incentives [especially salary increases] would increase their interest. …

Students are most inclined to consider teaching in departments where the faculty discuss teaching as a career option."

You can find the report, Recruiting Teachers in High-needs STEM Fields: A Survey of Current Majors and Recent STEM Graduates, on the APS website. 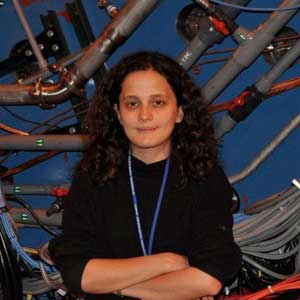