First Spectrum of an Antiatom

Physicists with the ALPHA Collaboration at CERN have measured for the first time how antimatter absorbs light. According to the known laws of physics, matter and antimatter should interact with photons in the same way. Detecting the tiniest deviation from this symmetry could help researchers find ways to revise the standard model of particle physics. But measuring the spectrum of antimatter has so far been impossible, because antimatter annihilates as soon as it comes into contact with ordinary matter. As they report in Nature (doi:10.1038/nature21040), the ALPHA Collaboration successfully characterized the optical spectrum of an antihydrogen atom. Exploiting a technology they demonstrated in 2010, the researchers held antihydrogen atoms in a magnetic trap for over 10 minutes. Using a laser, they then observed a transition in antihydrogen and compared it to the same transition in hydrogen, finding that the frequencies of the two transitions are identical to a precision of 0.2 parts in a billion. Next, the researchers hope to carry out more stringent tests of matter–antimatter equivalence by probing other transitions with a broader range of laser energies and by improving the measurement sensitivity. 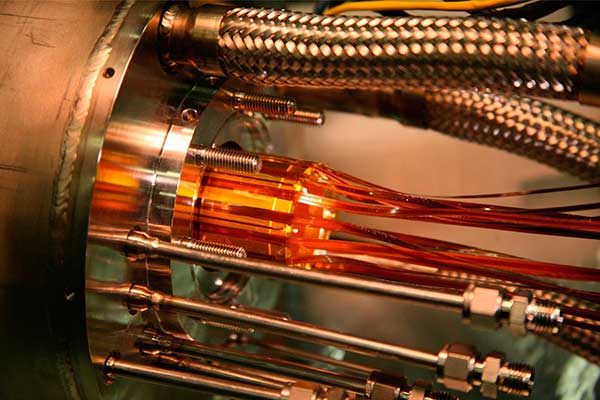 Graphene is an attractive material for detecting photons because of its wide optical absorption spectrum and high room-temperature carrier mobility. But being only one atomic layer thick, its photon absorption efficiency is limited. Reporting in Nano Letters (DOI: 10.1021/acs.nanolett.6b03202), Fang et al. have now shown that attaching a graphene sheet to a gold fractal structure boosts the detection efficiency by an order of magnitude. The researchers fabricated a 10-micrometer-diameter snowflake-like gold fractal on top of a glass substrate and then characterized its electromagnetic properties both numerically and with a scanning electrode during laser illumination. This revealed strong enhancements of the near-field electromagnetic field strength that were produced by electron plasma resonances. Then they placed the gold snowflake on top of a graphene sheet and tested the combined photoresponse with laser illumination at several visible wavelengths. The researchers observed enhancement factors between 8 and 13 due to the plasmonic response of the gold. They suggest that the use of fractal snowflakes for broadband detection enhancement may be extended to other materials.

The Mysterious Dimming of Boyajian’s Star

For over a full year, the brightness fluctuations of star KIC 8462852 (named Boyajian) have dumbfounded astronomers, but now they may be closer to solving the puzzle. In September 2015, a citizen scientist group analyzing NASA’s Kepler mission data drew attention to this star because of its decreased light flux for long periods. While speculations from scientists included transiting planets, large orbiting objects, or even alien energy-harvesting solar panels, none of these hypotheses matched the data. But a more plausible piece of evidence might shed light on this mystifying stellar behavior. Sheikh et al. from the University of Illinois at Urbana–Champaign recently published their results in Physical Review Letters, (DOI: 10.1103/PhysRevLett.117.261101) which suggests that the pronounced dimming episodes might be linked to internal phenomenon rather than external orbiting structures. Over four years, the team studied Boyajian’s star, and found that its spectrum of fluctuations is consistent with that given by an "avalanche model" — where a small perturbation can set off a sudden change in a system. In this type of model, an internal stellar process (which is still unknown) would reach a tipping point, and cause a steady decrease in light flux for a period of time. (For more, see the Viewpoint in Physics "New Clues as to Why Boyajian’s Star is Dimming" by Steinn Sigurðsson) 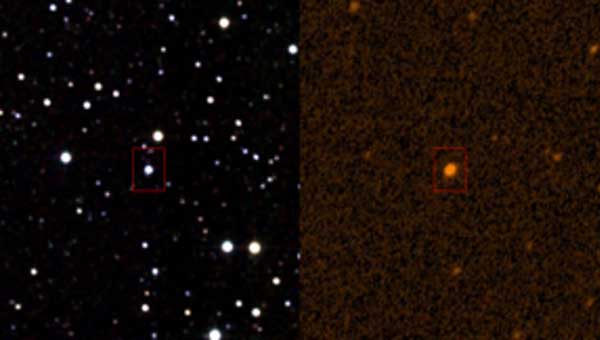 Laser Tech for When the Fog Rolls In

Fog can be a killer for technologies that involve sending intense lasers through the air, such as remote sensing and free-space communication. In Applied Physics Letters (DOI: 10.1063/1.4972954), de la Cruz et al. offer a simple solution to this problem for near-infrared lasers: Re-send the signal every 100 microseconds. The idea uses the fact that an intense laser traveling through a region with water droplets or other small particles will drill out a low-density "hole" as it propagates. The hole lasts for just fractions of a second, but that’s long enough to pass another pulse of light through the cleared space. The team tested this approach by sending an ultrashort pulse from a 1030-nanometer-wavelength laser through a chamber filled with dense fog. Pulses delivered at a slow rate were almost fully blocked, but those sent at a faster clip (1000 Hz) were able to transmit 32% of their light through the meter-long chamber. 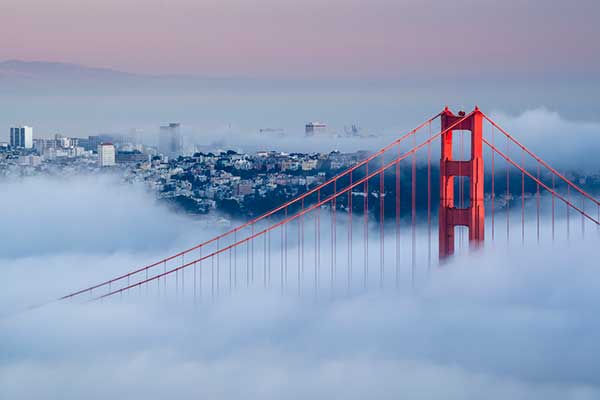 Invisible to the naked eye, biomolecular motors can chug along inside living cells without leaving a mark. These tiny messengers could be used for a variety of tasks, such as drug delivery and virus isolation. Scientists have hardwired these engines to convert chemical energy into mechanical work; the micrometer-sized motors use hydrogen peroxide as their fuel source by breaking down the chemical into its constituent parts (water and oxygen) and using the oxygen bubbles to launch forward. These "engines" have a mind of their own however, and it’s difficult to control their speed or halt them at will. Li et al. took these engines into the shop and revamped their designs to fix this flaw. As described in the Journal of the American Chemical Society (DOI: 10.1021/jacs.6b11899), the team used metal-organic frameworks (MOFs) in their self-propelled micromotors. They selected different metal ions (cobalt and manganese salts) in the MOF framework, which provided customizable options. The motors achieved different top speeds with different metals, giving the fine-tuner a way to adjust an engine’s performance. There was also an optional "braking system" for the motors — by adding molecules called chelating ligands, the ions would "bite" onto the metal framework and slow down the engines. 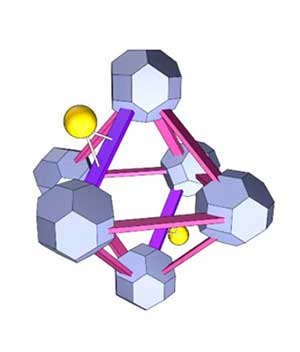