Mina Hanna was eager to make a difference in science advocacy last year. So he took the initiative by introducing himself to Greg Mack, APS government relations specialist, during the APS April Meeting 2016 in Salt Lake City, Utah.

"I was excited to learn how I could effectively bring to my congressional representatives’ attention the importance of reauthorizing the America COMPETES Act and keeping politics out of the science process," said Hanna, a physicist, senior applications consultant at Synopsys Inc., and chief operating officer at Wholesplit, LLC, in Austin, Texas. "Science has continuously striven to provide us with practical answers to the most perilous challenges of our human existence. And I believe it will continue to do so, but only if legislation is made to promote objective, inquisitive, evidence-based, robust science."

The APS Office of Public Affairs (OPA) worked with Hanna in developing the most effective way to reach out to his congressional representatives. On August 23, 2016, Hanna published an op-ed in the Houston Chronicle.

In the piece titled, "Federal research funds caught in political vise," Hanna urged two key Texas representatives — Rep. John Culberson, chair of the House Subcommittee on Commerce, Justice, Science and Related Agencies, and Rep. Lamar Smith, chair of the House Science, Space, and Technology Committee — to drop some controversial provisions in their version of COMPETES legislation and instead follow the Senate’s approach. He wrote, "The state's ability to attract, educate, and retain qualified, high-tech workers is crucial to its ability to keep American companies from relocating overseas. And that is why it is imperative that our lawmakers support the right piece of legislation that strengthens scientific research and the U.S. innovation enterprise."

The OPA alerted APS members in Texas to the publication of the op-ed and encouraged them to contact congressional offices and share their views.

Hanna then arranged a direct meeting with a key House Science Committee staffer who works for Representative Smith. By the time of the meeting, the House and Senate had compromised on a revised version of COMPETES, consistent with suggestions Hanna made in his op-ed. During the meeting, which Mack also attended, Hanna, Mack, and the House science staffer discussed the revised bill, giving Hanna the opportunity to thank them for their work.

In December, the Senate and the House both passed the new version of COMPETES, called the American Innovation and Competitiveness Act — one that satisfied both chambers of Congress while softening the political polarization of the previous bills. The legislation calls for boosting the nation’s investment in research, creating jobs, and spurring new businesses and industries. President Obama signed the bill into law on January 6.

Hanna’s success is just one example of how OPA has assisted APS members.

"The APS Office of Public Affairs has worked with thousands of APS members to help them effectively communicate with their elected representatives," said Francis Slakey, interim director of OPA.

"Mina is a terrific physicist to work with, and I look forward to working with many more physicists who also want to be advocates," added Mack.

Hanna said advocacy is crucial to the effective operation of the nation’s government.

"It's vital to remember that we live in a democracy that urges us to take an effective part in lawmaking by reaching out to our representatives. It is our moral and professional duty to protect the neutrality of evidence-based science," said Hanna.

He added, "My experience meeting with staff in Capitol Hill has been a very positive one. I found the staff amenable to hearing my concerns, and I’ve learned that understanding the challenging nature of science policy is crucial to guiding my advocacy efforts. I greatly appreciate the resources and coaching I received from APS to help me accomplish my advocacy goal." 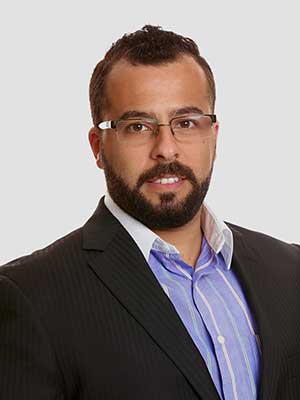