APS News interviewed Sabine Hossenfelder to learn about her experiences consulting science enthusiasts online, and what she can do to help them with their next steps in their own research.

When funding for her quantum gravity research started to look spotty, Sabine Hossenfelder came up with an unusual solution to pay the bills. First, Hossenfelder, a research fellow at the Frankfurt Institute for Advanced Studies in Germany and well-known physics blogger, wondered, “What is all this knowledge in quantum gravity good for?”

And then she thought about all those armchair physicists out there, the ones who cook up their own theories of everything and proclaim in Internet comments that they can prove Einstein wrong. She posted an offer to act as a physics consultant on Facebook and on her blog: for 50 U.S. Dollars, she would spend 20 minutes on Skype answering your questions and setting you straight on your pet theory. If you were open to it, she’d also suggest concepts to learn and papers to read. The clients have rolled in: Since starting the service a year ago, Hossenfelder has expanded the operation to include five more physicists.

In addition to quantum gravity research and this consulting service, Hossenfelder writes prolifically about physics in her blog for non-technical audiences, Backreaction, and in publications like Forbes and Aeon. She spoke with APS News last month about her experiences counseling physics enthusiasts. This interview has been edited for length and clarity.

I can sort of relate to your experience. When I was studying physics in grad school, we’d get emails from random people pushing their pet theories on us. But we’d delete them and laugh it off. Why’d you decide to engage with them?

I admire their drive a lot. These people have spent a lot of time on their theories, and they really want to understand [the physics] and contribute. They love the science. They’re not people I like to ignore.

Has anyone come up with anything publishable?

Not yet. I’ve only offered this service for a little over a year, and you know, nobody can immediately publish when they first start studying physics. But before this service existed, people were already asking me about their theories, and one person actually did publish a paper. It was a minor thing, a new way of looking at a known phenomenon in special relativity. But he worked it through and got it published, and that was really encouraging.

They’ll say, “Hello, my name is so-and-so, and I’ve been working for ten years on this theory of, insert something, and I have a problem with something. Can I talk to you?” Sometimes they’ll send me twenty, thirty pages about their theories. I’ll write back yes or no, and if it’s outside of my expertise, I might refer them to someone on my team.

Then, we’ll talk over Skype. They’ll have images in mind and use concepts they’ve heard of but don’t exactly understand. If they use equations, they use very few, and they are typically the wrong ones. They might use the equations you learn in high school, which you can’t use to construct a fundamental theory. I have to explain that if you want to deal with these topics, you need to know what a Hamiltonian is, what a quasiparticle is, et cetera, and you need to learn how to compute them. And I often have to tell them that they’re not offering anything new.

Are you straightforward with them about that?

Yeah. Some of them get pretty offended, I think. A lot of people, strangely enough, also find it outrageous that I ask for payment, because certainly I must be interested in their great theory, and I’m just like, no, I’m not that interested.

Do you enjoy reading the theories?

To tell you the truth, I don’t read them because I don’t have the time. It’s not the point of the service. I’m there to answer questions to help them meet a high scientific standard. So I tell them, if you want my opinion, you’ll have to talk to me. Some of the people on my team will read the theories, though, and they charge a rate per word.

Do you think the large demand for these services means that the academic system is failing somewhere?

It’s not the academic system; it’s a problem with science communication. These people are interested in topics like quantum gravity and foundations of quantum mechanics. But all they have is popular science writing on one side and textbooks on the other. If you start with popular science, it’s very difficult to get to the other side. Physicists do it through ten years of education. I don’t think you can shortcut those ten years, but I’m trying to bridge that gap a little.

You’ve written that journalists make science seem too easy and can mislead readers to interpret their analogies too literally. How can science communicators improve on that?

It’s difficult. Popular science articles have to cater to a diverse audience. They often end up targeting the least common denominator and become wishy-washy nuggets that don’t tell you much. I see nothing wrong with this, though. Many readers just want to be inspired or to have something to talk about.

But some readers want more, and they’re the ones who get it badly wrong. One big misunderstanding is about the importance of mathematics in theoretical physics. I find this very badly communicated in popular science. Because they don’t have the experience, they seem to think mathematics is optional and is something physicists do to offend other people.

One way you can improve on this without scaring people away is to provide layers of explanation. You can have a fluffy article that also includes options for the reader to choose different levels of detail. For example, you can imagine clicking a button for additional information. It’s not impossible, but someone has to do it, and there’s no money and no interface for it right now.

What do you think is the responsibility of garden-variety physicists to communicate their work?

They definitely need to communicate their work within the community. But when it comes to communicating with the public, I don’t think scientists generally have an obligation to do this. Not every scientist is skilled at it, and I don’t see the point of forcing them to do it.

But a current problem facing scientists who are good at science communication is that they don’t get any benefits from it. You get points for teaching, for research, and for leadership positions, but public outreach isn’t really good for anything. Well, actually — you’ll get emails from people who want to share their theories with you. That’s what it’s good for.

Sophia Chen is a freelance science writer based in Tucson, Arizona. 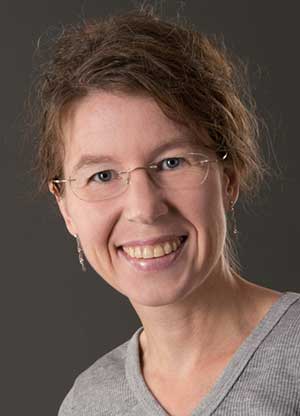