Physicists typically showcase their research by preparing a journal article or giving a lecture. Blogging about discoveries is not part of the job description, but some physicists choose to dive into this endeavor to answer questions, stimulate creative thought, or to simply have their followers learn what science is all about.

Several APS members are among those physicists who actively blog, and some of their blogs are hosted by mainstream outlets like Forbes, Medium, and National Public Radio (NPR). No matter the topic, blogging gives science enthusiasts an inside look at what makes these physicists tick, showcasing what are essentially their informal “think tanks.” 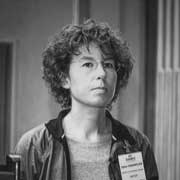 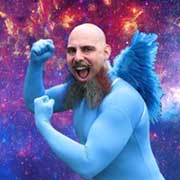 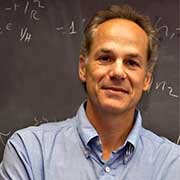 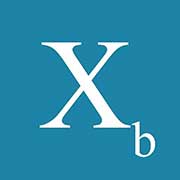 From left to right: Sabine Hossenfelder of Backreaction; Ethan Siegel of Starts With a Bang; Marcelo Gleiser of 13.7; and the anonymous blogger of the Physics ArXiv blog.

Named after the estimated age of the universe, 13.7 billion years, and quite possibly a reference to the fine-structure constant, 13.7 – Cosmos & Culture is NPR’s only opinion blog, focused on sparking conversations at the intersections of science and culture. Co-founder Marcelo Gleiser, a cosmologist, treats 13.7 as a constructive platform to talk about spirituality, human culture, and everyday science.

Specializing in astrobiology, cosmology, and nonlinear physics, Gleiser teaches at Dartmouth College, where he is a professor of physics and astronomy. As the director of the Institute for Cross-Disciplinary Engagement at Dartmouth, Gleiser believes the general public should actively discuss scientific discoveries to promote awareness and cultural understanding.

Besides his collection of philosophical science books and his appearances in science documentaries, Gleiser has a constant presence on 13.7, where he regularly contributes his thoughts on a number of topics. NPR launched 13.7 in 2009, featuring Gleiser, along with astrophysicist Adam Frank, who also is a regular contributor.

Many of 13.7’s commentaries are geared toward how our culture perceives attributes of science — like our existence in three spatial dimensions — but some delve into religious topics, current hot topics in science (including scrutiny of new physics beyond the Higgs boson), and deep-think dialogues, including the possible end of knowledge itself. No matter the topic, Gleiser and other contributors keep readers on their toes, urging them to discover unseen connections and to consider the culmination of science through different philosophical viewpoints. His first blog post, titled Science For A New Millennium, discussed the invention of science itself, connecting its history to “the same curiosity that has moved our collective imagination for thousands of years.” Expressing his excitement for the launch of 13.7, Gleiser stresses the importance of the blog, claiming it to be a “wonderful opportunity” to be a part of and to share in the ongoing conversation with readers around the world.

Hosting a pool of questions and vignettes, Sabine Hossenfelder’s personal blog Backreaction offers original thoughts and ideas based upon her experience as a theoretical physicist. Known through her blogger pseudonym “Bee,” she isn’t afraid to speak her mind, candidly stinging others in her writing; Hossenfelder uses Backreaction as a gateway to allow followers to know her philosophical side, rather than solely her track record within academia and research.

Currently a research fellow at the Frankfurt Institute for Advanced Studies in Frankfurt, Germany, Hossenfelder aims to uncover new physics beyond the standard model — the current theory of fundamental particles and forces — and find new evidence of quantum gravity. After receiving her Ph.D. in theoretical physics, Hossenfelder conducted research as a fellow at many institutions, including the University of Arizona and the University of California, Santa Barbara. She frequently publishes on topics like black holes and quantum gravity, while also writing as a freelancer for major publications and other science blogs.

Created in 2006, many of her posts reflect her interest in the sociology of science, like the similarities of quark-gluon plasmas and bananas, or the consensus definition of the big bang. Others simply address news within the physics community, or try to explain complex subject matter. In line with the personal flavor of Backreaction, Hossenfelder occasionally offers unadulterated opinions. Her posts often include tags like “rant,” “humor,” or “random.”

Recently discussing the “nightmare scenario” of the Large Hadron Collider (LHC), following the demise of the 750 GeV “diphoton” bump, Hossenfelder expresses her worry that scientists will “fail to learn from failure.” Asserting that particle physicists “are playing today by the same rules as in 1973,” around the time the Standard Model was created, she feels no shame in challenging her followers’ opinions, stirring up both support and controversy over the future of particle physics in the comments of her posts.

“The Universe is out there, waiting for you to discover it.” The tagline for this popular blog, authored and edited by astronomer Ethan R. Siegel, embodies the idea of scientific discovery and the fascination that goes along with the story of the universe. While Siegel himself writes much of the content, he hosts a number of physicists and science writers on his blog, including Sabine Hossenfelder from Backreaction, Jillian Scudder, author of the Q&A platform Astroquizzical, and Paul Halpern, author of multiple science books and articles.

Siegel has become a sizable presence in scientific communications: At the beginning of his career in academia and research, he moved toward the educational side of science, writing as a columnist for NASA’s The Space Place, and recently publishing a book geared toward budding astronomers — Beyond the Galaxy: How Humanity Looked Beyond Our Milky Way and Discovered the Entire Universe.

Created in 2008, Starts With A Bang was hosted on ScienceBlogs, until the mainstream outlet Forbes picked it up in 2016. Siegel’s stories capture a variety of audiences with his passionate approach, and he won the 2010 Physics Blog Award from the Institute of Physics, and a Charm Quark writing award winner from 3 Quarks Daily.

In the blog’s monthly podcasts for followers, he feasts on topics like dark energy, interstellar travel, and whether there is life on Mars. Written posts embrace physics and astronomy themes (like why some galaxies appear "dustier” on one half than the other), and encourage followers to get involved in discussion. The featured “Ask Ethan” posts — recently, for instance, answering the question of where exactly the big bang occurred — showcase inquiries from fans around the world. Stunning cosmic pictures flood the homepage, further drawing in a curious audience.

Concealed behind the fast-food-themed twitter handle @KentuckyFC, The Physics arXiv Blog is an independent science news outlet covering the latest and greatest papers submitted through the open-access preprint server, arXiv (although the blog is independent). arXiv.org is hosted by Cornell University, and contains thousands of submitted mathematics, physics, and technology research papers, with monthly submissions reaching over 8,000.

Because of arXiv’s popularity, @KentuckyFC’s prime goal is to sort through weekly submissions and write brief pieces for the general public on papers that appear in the preprint server. Started in 2007 on the The Physics ArXiv blog, the coverage was picked up by mainstream media and regarded highly — particularly by Wired.com, which called it “the web’s best physics blog” in 2008. Only a few years passed before Technology Review, published by the Massachusetts Institute of Technology, picked up the blog in 2009 and transitioned its content to more technology- and computer science-focused posts. While The Physics arXiv Blog still exists on Medium, most posts are featured on Emerging Technology from the arXiv, which is part of Technology Review.

For instance, prototype WiFi-enabled contact lenses seem impossible to decipher if one is not familiar with biomedicine or computing science. Emerging Technology from the arXiv takes a crack at explaining this technology to the layperson, taking into account the strange feats that go into these technologies, (like converting Bluetooth frequency to WiFi frequency). Chock-full of intriguing submissions, like the future of real estate on the moon, or the strange correlation between major aircraft accidents and humans’ morbid interest in their details, the contents of @KentuckFC’s posts always include a straight break-down of what you need to know from these papers.

No matter the subject, the secret formula for a successful science blog seems to hinge on triggering the imagination. Discussing where science has been and where it’s headed, an effective blog draws in readers of all backgrounds — eager to learn the thoughts behind the people immersed in the daily life of a scientific researcher.