Two young physicists have won the 2016 APS LeRoy Apker Award for exceptional undergraduate research: Stephanie Gorczyca of the University of San Diego, and Nick Rivera of the Massachusetts Institute of Technology (MIT). Gorczyca and Rivera will receive their awards at the March Meeting 2017 in New Orleans. The APS Council approved the finalists in mid-September, following the LeRoy Apker Award Selection Meeting in July 2016.

The research carried out by Gorczyca in the Physics and Biophysics Department at the University of San Diego investigated crowding effects on the diffusion and conformation of DNA molecules. Under the supervision of Rae M. Robertson-Anderson, she manipulated sizes, shapes, and concentrations of crowding molecules in solutions embedded with ring or linear DNA. Gorczyca showed that both shapes of DNA molecules undergo topology-driven conformational changes to facilitate movement through the high-viscosity environments. The work uncovered a possible mechanism within DNA that inhibits movement in various biological processes. “Universal scaling of crowding-induced DNA mobility is coupled with topology-dependent molecular compaction and elongation” appeared in Soft Matter, published by the Royal Society of Chemistry. She was recently accepted into the University of California, Los Angeles and University of California, San Francisco Doctor of Dental Surgery/Ph.D. programs, where she hopes to continue her research.

Working under the supervision of Marin Soljacic, Rivera is a joint Department of Energy / MIT School of Science fellow. Currently a Ph.D. candidate in MIT’s Department of Physics, he completed his undergrad research with the MIT Photonics and Modern Electromagnetics Group. He is the lead author on a recently published article in Science reporting on this work, “Shrinking light to allow forbidden transitions on the atomic scale,” which lies at the intersection of nanophotonics and quantum electrodynamics. Rivera and his collaborators showed theoretically that spontaneous emission of photons can become the dominant transition in an excited system. By using plasmonic excitations associated with the 2D material graphene, the researchers showed that spontaneous emission can be controlled, extending the spectrum of optical emitters.

Gorczyca and Rivera will each receive an award stipend of $5000, and their departments will receive an additional $5000 each to support undergraduate research. 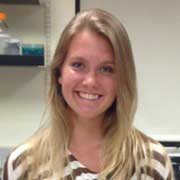 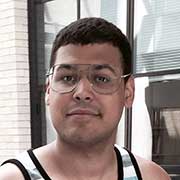