How Can Physicists Help the Public Make Better Decisions About Science and Technology?

For more than 40 years APS has worked to improve governmental decision-making, mainly through the Congressional Science Fellowship program and through occasional studies of important science and technology issues. I helped to initiate these activities in the early 1970s, and they remain very valuable. But today’s needs are far greater. How can APS and other professional societies more effectively combat anti-science propaganda and help the public develop better-informed views about science and technology? How can individual scientists communicate scientific concepts in a more understandable and engaging way? How can we encourage young scientists and students to participate in creating a scientifically responsible future?

The new science and public policy activities in the 1970s grew out of a “public interest science” movement [1,2], which assumed that better decisions would come from providing improved knowledge (for example, through science-based policy studies) and expertise (for example, Congressional Science Fellows). From participating in such activities, several thousand scientists have now become what former Presidential Science Advisor Neal Lane [3] called “civic scientists.” Democratic decision-making on technological issues has certainly improved as a result.

But despite these efforts, the U.S. has continued to have difficulty addressing the crucial technological challenges of our time, including human-caused global climate change. Ever since about 1800, the doubling time for human production of carbon dioxide and other industrial waste products has been about 30 years. In the next 30 years or so, humanity must somehow stop this exponential trend and develop a sustainable relationship with Earth. Our collective impact on planetary systems is now so great that this growth in resource use must slow very quickly, despite global industrialization as an increasing fraction of the world’s people improve their lives. Unfortunately, most people don’t understand the dangers of exponential growth.

Frank von Hippel and I wrote Advice and Dissent: Scientists in the Political Arena [2] during the Nixon administration. After President Nixon abolished the Presidential Science Advisory Committee, we thought things couldn’t get worse — but we were wrong. For example, President Reagan committed many billions of dollars to the Strategic Defense Initiative without critical review — although the 1987 APS study on directed energy weapons subsequently showed that these “Star Wars” projects were extremely unlikely to succeed.

We did not foresee in the 1970s that the Republican Party would wage a war on science and other independent sources of truth [4]. Among the first things that Newt Gingrich’s Republican Congressional majority did when they came to power in 1995 was to abolish the Congressional Office of Technology Assessment and the NSF Science for Citizens Program, and fire the only astronomer who ever headed the Smithsonian Air and Space Museum, Martin Harwit. President George W. Bush’s administration appointed science advisory committees based on who had voted for him, and censored the public statements of government scientists on issues like climate change. The House Science Committee, chaired by Lamar Smith of Texas, has more recently been given sweeping investigative power by the House leadership and is using it to harass scientists. And Oklahoma Senator James Inhofe, chairman of the Senate Environment Committee, claims that global warming is a “hoax.”

We also did not appreciate that prominent physicists like Frederick Seitz, National Academy president 1962-1969, would become what historians Naomi Oreskes and Erik Conway called “merchants of doubt” [5], attacking the scientific basis for regulating everything from cigarette smoking to carbon dioxide, claiming in every case that “The science is unsettled so action is premature.” Such efforts unfortunately continue to work: Only about one in ten Americans understands that nearly all climate scientists are convinced that human-caused global warming is happening.

We also did not foresee that people’s religious and political identities would increasingly determine their views on scientific issues like the existence of climate change — and that in the modern digital era people increasingly get information from sources, including social media, that often confirm their prejudices.

So … What Can We as Individual Scientists Do to Improve the Situation?

First, individual scientists need to get better at explaining our research and also the scientific basis of public policy choices to the public. This is difficult for several reasons. One is because most non-scientists don’t know enough about science, and also because scientific discourse is full of facts, theories, logical arguments, and jargon. We have to become better at presenting science in ways that people can grasp and act on.

Actor Alan Alda for 14 years hosted the Scientific American Frontiers TV show, constantly challenging scientists to explain things in a compelling way. In 2009 he founded the Alan Alda Center for Communicating Science at Stony Brook University. Alda and his team have been giving workshops for scientists about how to reach audiences by telling memorable stories. Most non-scientists quickly grasp ideas expressed as social situations and stories. The Alda team also leads improvisation exercises to help scientists learn to sense how the audience is responding and not overestimate how successfully they are communicating.

Several scientists have also been giving helpful workshops and writing books on communicating science effectively. Randy Olson, a former professor of marine biology turned film-maker, in his 2015 book [6] recommends a dialectical scheme for turning science into stories: background, problem, solution, which he summarizes as “And…But…Therefore”.

The present era seems to be ripe for student involvement in hopeful causes. Scientists at colleges and universities can encourage and help our students to organize “Science Workshops on Political and Social Issues” to study important issues and help improve the world. When we were Stanford graduate students, physicist Robert Jaffe and I helped to organize a program of such courses that lasted 20 years and did much good — including helping to launch the Congressional Science Fellowship program.

When scientists become advocates, they may be perceived by their colleagues and the public as biased. But scientists have a right to express their convictions and work for social goals. These activities need not undercut rigorous commitment to objectivity in research.

What Can Professional Scientific Societies Do?

Excellent science reporting can help, but scientists themselves — particularly diverse and articulate ones — are needed to explain the scientific background for important issues. We need human examples, demonstrating by their presence how a scientist thinks and acts. APS and other professional societies should encourage this by establishing new annual awards to recognize exemplary efforts of this sort by scientists at all stages of their careers.

I also suggest that leading professional societies collaborate to create online authoritative reviews of important science policy topics addressed to the public. A recent example of this is the report by the AAAS Climate Science Panel, WHAT WE KNOW: The Reality, Risks, and Response to Climate Change, on the web with an introductory video narrated by the president of the American Meteorological Society [7]. Creating videos and using social media to spread the messages is essential to reach a large audience in the modern world.

When serious disagreements remain about how to interpret the science underlying a policy decision, it is not advisable to paper over the differences. Nancy Ellen Abrams and Steve Berry suggested a better approach that they call Scientific Mediation [8]: Have experts who disagree write a joint report with the help of a mediator, in which they specify the topics on which they agree and disagree, and explain why they disagree on each of those points to each others’ satisfaction, clarifying what additional assumptions they are making. These additional assumptions are often not scientific. Fracking and nuclear power might be good topics for Scientific Mediation.

Sometimes one’s public activities have unexpected benefits. When I was in Washington in 1976 to work with Senator Ted Kennedy to organize hearings and testify on the Science for Citizens bill, the Congressional Science Fellow in Kennedy’s office got me invited to a meeting of President Ford’s Science Advisory Committee that was discussing the proposed “Science Court”. That’s how I met the love of my life, my wife Nancy Ellen Abrams. Nancy was then working at the Ford Foundation, and she had been invited to the Science Advisory Committee meeting in the hopes that Ford would fund a trial of the Science Court. Nancy liked my critique of the Science Court at the meeting, one thing led to another … and we were married the following year. We have subsequently coauthored many articles and two books [9].

Side-benefits are not guaranteed, but scientists and science organizations can improve the way our society deals with issues of science and technology.

3. In his article “Benjamin Franklin, Civic Scientist” (Physics Today, October 2003), Lane defined a civic scientist as one who uses his or her special scientific knowledge and skills to influence policy and inform the public.

5. Naomi Oreskes and Erik Conway, Merchants of Doubt: How a Handful of Scientists Obscured the Truth on Issues from Tobacco Smoke to Global Warming (2010).

9. Books by Nancy Ellen Abrams and me: The View from the Center of the Universe (2006) and The New Universe and the Human Future (2011). See new-universe.org and www.nancyellenabrams.com.

Joel Primack is Distinguished Professor of Physics Emeritus, University of California, Santa Cruz. This article is based on his Leo Szilard Lectureship Award talk at the 2016 April APS Meeting; the complete text and slides are at go.aps.org/290bAV9.

Author's Note: The text has been edited to correct the name of the president of the National Academy referred to in the book Merchants of Doubt [5]. 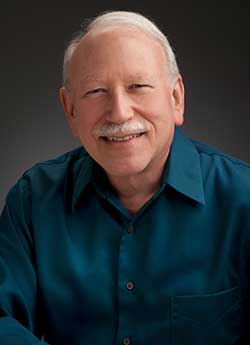