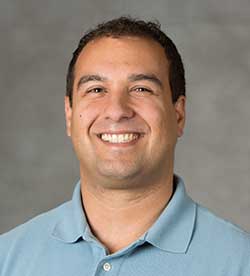 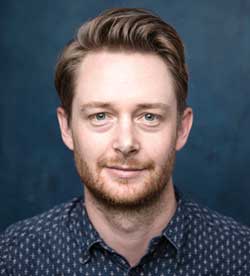 At the Massachusetts Institute of Technology, Kevin McCarthy was tidying up his dissertation on direct detection of dark matter when his mind began to wander. Ennui wasn’t a factor. “The research I was doing in astrophysics was exciting and fun,” he says, and yet, “I realized that a career along the academic track would constrain what I wanted to do. … My potential impact from discovering new particles was far in the future.” So he wondered if he could make a more accelerated impact in another field.

McCarthy wound up diving head first into epidemiology, the study of disease patterns and transmission in human populations. It’s a field that requires the same data-intensive drive and skills on which many physics fields also rely. Through some creative networking, he learned of the Institute of Disease Modeling (IDM), which is part of Intellectual Ventures, an enterprise founded by Nathan Myhrvold, a physicist who completed his postdoc under Stephen Hawking.

IDM is devoted to identifying and analyzing epidemiological models of transmission of diseases such as malaria, polio, and HIV. In addition to understanding how diseases ebb and flow through populations, “We seek to translate the epidemiological model into reasonable policy actions,” he explains. “The work is less on ‘long-shot’ research and more on engagements with countries to aid programs to reduce disease burdens.”

After joining IDM in 2013 as a research scientist, one of his first projects was related to malaria. McCarthy used his extensive computational skills to fine-tune a model of malaria transmission that simulated the actions of both mosquitoes and humans, such as mosquito-biting behavior and human-immune-system responses. “I calibrated the model to different regions in Africa [that] had good data on mosquito biting, prevalence of malaria in kids and adults, fever vs. age,” and various other aspects of the disease, he says. The aim was to determine the efficacy of a malaria vaccine candidate in fighting the disease. His team discovered that the vaccine could reduce malaria infection in vaccinated children across a range of transmission conditions.

More recently, McCarthy has focused on understanding the dynamics of polio transmission in northern Nigeria. Since outbreaks of polio there are localized, this work focuses on the effect of population movements, especially from rural areas to urban centers.

Ewan Cameron is another astrophysicist who has made the move to epidemiology. After a postdoc in astronomy at ETH Zurich, he returned to his native Australia to go in a radically different direction: Bayesian statistics at Queensland University of Technology. There he worked on a project that utilized routine point-of-care surveillance data to infer trends in the incidence of chlamydia. “I really enjoyed doing something relevant in the real world,” he shares. “As exciting as astrophysics is, there’s something special about the potential to change people’s lives.”

Today he is a senior computational statistician in the spatial ecology and epidemiology group (SEEG) in the department of zoology at the University of Oxford. Cameron researches the geospatial distribution of malaria, and in particular he models the relationship between the prevalence of parasites in the bloodstream vs. the annual rate of clinical illness. By analyzing data from hundreds of different sites in Africa, drawing from government and non-governmental organization (NGO) surveys, demographics, and health records, he and his team have developed highly detailed geospatial maps of malaria prevalence. Nations and NGOs can use his information to decide what protective and treatment measures should be deployed in specific regions.

SEEG’s contribution to quantifying malaria movement across the continent of Africa is no small feat. Between the 1970s and 2000, there was very little research on how to effectively monitor malaria outbreaks, says Cameron. People were getting sick, and yet it was not known in what numbers, since most data was only qualitative. Now, in collaboration with the World Health Organization (WHO) and funded by the Gates Foundation, SEEG “develops high-fidelity data sets with rigorous statistical controls,” he says. WHO and host countries can utilize this information to create effective healthcare programs on the ground.

As McCarthy and Cameron migrated into epidemiology, they experienced culture shock in working with human subjects. “All electrons are the same,” notes McCarthy, “but every person is different. … And there are always unexpected sociological factors. You have to understand the human side along with the disease issues.”

Teams also tend to be highly interdisciplinary. Both McCarthy and Cameron work with scientists and engineers from fields as varied as computer science, biosciences, mathematics and statistics, remote sensing, cartography and geography, chemical engineering, veterinary science, and sociology. Career paths are assorted and attuned to the individual’s personal passions. “Epidemiologists are a diverse population,” says Cameron. “Some focus on fieldwork in-country, some focus on one disease or another on the medical side, where others center on the computational and mathematical aspects of disease modeling.”

“It was not an easy transition,” says McCarthy of his career choice, “but my training in physics helped foster a mindset that, given some system I am studying, I can take the broader view and identify what are all the things that play a role in how the system behaves.” This mountain-top perspective has aided him as he examines the available information about disease incidence. “In the health field, data often comes in through national-level reporting structures,” where patients often self-report to clinicians, he explains. But that accounting system could have gaps, especially since the data often emanate from diverse sources and in diverse formats. And since McCarthy and his team are not on the ground obtaining the information first hand, “You have to be somewhat creative” in how you handle, interpret, and mine the data and how you use it to construct models, he says. “We are consumers of the data, while building relationships with the [reporting] countries.”

For example, in analyzing polio cases in Nigeria from 2002 to 2015, it was necessary to consider that the reporting rate might not have been constant over that period of time. When McCarthy and his team noticed that the number of polio cases jumped in 2006, they suspected it was not because more people were contracting the illness, but rather that the reporting rate had increased in that year. Furthermore, “Our thoughts were that surveillance and vaccination systems had gotten better” since 2006, he says. Consequently, the scientists recalibrated their models.

Despite the challenges of a career change, McCarthy and Cameron are thrilled they made the choice to switch gears and go into epidemiology, and they encourage other physicists to consider it as well. “You can do it!” exclaims McCarthy. “It’s a very different field but don’t be intimidated. Your skills will translate very well.”