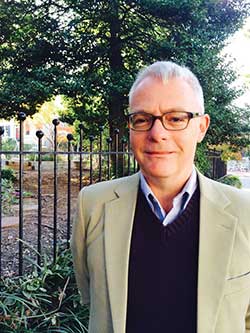 Physics Today, published by the American Institute of Physics (of which APS is a member society), has a new editor-in-chief (EIC). Charles Day, formerly the magazine's online editor, assumed the top editorial job on November 2, following a 22-year run by previous EIC Stephen Benka. Day will become the seventh EIC at Physics Today.

He received his Ph.D. in astronomy from the University of Cambridge in 1988 and joined the magazine as an editor in 1997. Since joining, he has edited many of the magazine's sections as well as regularly writing for his blog, The Dayside.

"Physics Today has the best team of professional editors and staff in the business," said Day in a statement released by AIP. "I'm honored to have been chosen to lead them into the magazine's great future."