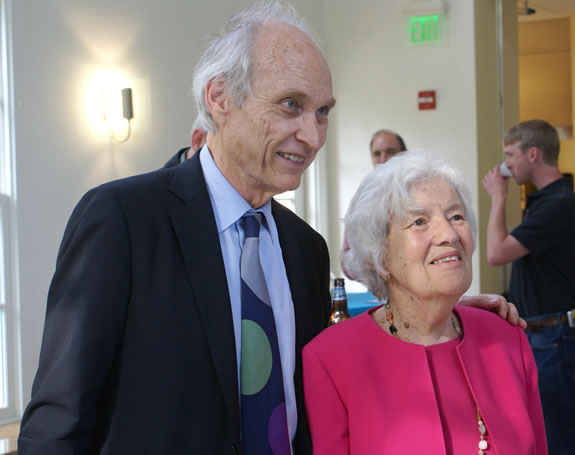 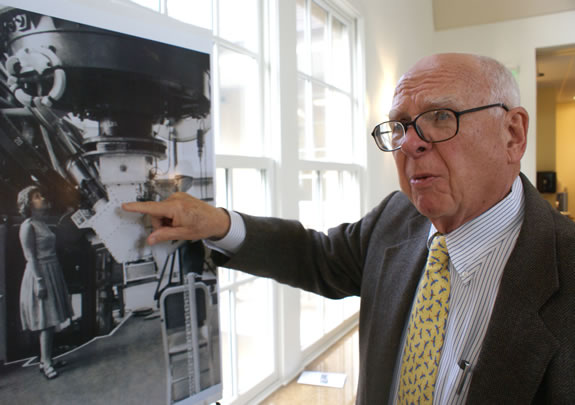 On May 17, APS President Michael Turner presented a plaque to the Department of Terrestrial Magnetism (DTM) of the Carnegie Institution for Science, as part of the APS Historic Sites Initiative. Located in Northwest DC, the DTM is the site of work in the 1970s by Vera Rubin and Kent Ford on the rotation curves of galaxies, which provided early evidence for the existence of dark matter. On top, Michael Turner congratulates Vera Rubin, while on the bottom, Kent Ford shows where a key component, the image tube spectrograph, was located in a photo of the two of them inspecting the telescope at Kitt Peak where the data were taken.