Direct Instruction rocks: Or does it? 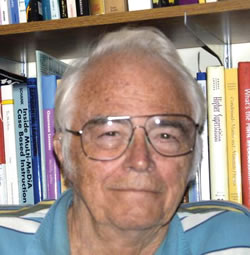 David Klahr1, in his provocative Back Page essay in the December APS News “Inquiry Science rocks: Or does it?” makes three points in his introduction:


I have previously stressed2 the crucial importance of operational definitions in educational research and strongly agree with Klahr’s first point. And considering the work of Chen & Klahr3 and Klahr & Nigam4, I would agree with point (2) IF “discovery learning” is defined as by Klahr & Nigam4 as including near zero teacher guidance. However, as explained below, I would amend point (3) to read: “few physicists who read Klahr1 carefully will regard point (2) as heresy, or a dark secret to be kept from their colleagues.”

In support of point (2) Klahr describes a 1999 experiment by Chen & Klahr3 which appears to demonstrate that for the instruction of seven-to-10-year-old students in the “control-of-variables strategy” (CVS), a direct-instruction-like pedagogy called “Training–Probe” produced better learning outcomes than a discovery learning–like method called “No Training–No Probe.” The details of both methods are fully described by Chen & Klahr in their article.

Klahr & Li5 wrote: “In hindsight, we may have muddied the interpretation of our findings by incorporating popular terminology like ‘direct instruction’ and ‘discovery learning’ into articles and public presentations of [Klahr & Nigam4]. Only when we tuned in to the recent political debate in California2 about the permissible amounts of ‘hands-on science’ vs. ‘direct instruction’ .... did we become fully aware of how easy it is for someone to pick up a terminology, and imbue it with whatever meaning suits the purpose of an argument.”

In his Back Page essay Klahr1 attempts to better convey the meaning of Chen & Klahr’s3 “Training–Probe” and “No Training–No Probe” methods as follows:

The “Training–Probe” method is equated to “Type A” instruction in Klahr’s1 Table 1: hands on materials; teacher designed experiment; probe questions, explanations, and summary by teacher; no student execution of experiment or observation of outcomes.

The “No Training–No Probe” is equated to “Type C” in Klahr’s1 Table 1: hands on materials; student designed experiment; no probe questions, explanations, or summary by teacher; student execution of experiment and observation of outcomes.

But Klahr1 correctly points out that the above descriptions must be supplemented by details if the methods are to be replicated, stating: “In our full scientific report...of course, each of the cell entries in the table was augmented by a detailed ‘script’ for how that component of the instruction was actually implemented, so that it could be replicated in other labs.”

Considering that the Chen & Klahr3 experiment concerns: (a) the process skill CVS, (b) seven-to–10-year-old students, and (c) the above descriptions of “Training–Probe” (TP) and “No Training–No Probe” (NTNP) methods, I think there is no reason for some in the physics education community to regard the apparent superiority of the TP over the NTNP in that study as surprising or grounds for heresy, as Klahr1 suggests in point (3) of his introduction.

Consistent with the above, as far as I know, physicists who read Klahr’s Back Page essay carefully are not preparing to burn Klahr at the stake as a heretic. And–I think –for good reason: the apparent superiority of the direct-instruction–like TP over discovery-learning-like NTNP in the study of Chen & Klahr3 has almost nothing to do to do with the demonstration by physics education researchers6-11 that discovery-learning- like “interactive engagement” (IE) courses are superior to direct-instruction-like traditional (T) courses for promoting conceptual understanding of Newtonian mechanics in introductory physics courses–by about two standard deviations8 in average normalized gain <g>.

It should be noted that: (a) a high positive correlation coefficient r = + 0.91 was found8 for post-test scores on the conceptual FCI test and the problem-solving Mechanics Baseline (MB) test9; and (b) references to 25 research reports of average normalized gains for IE and T courses consistent with ref. 8 are listed on page 12 of ref. 11.

This Fig.1 histogram showing the apparent superiority of discovery-learning-like IE courses over direct-instruction-like T courses is to be compared with the Fig. 1 histogram of Klahr, showing the–at first sight polar opposite–apparent superiority of direct-instruction-like “Type A” pedagogy over discovery-learning-like “Type C” pedagogy.

Here IE and T courses are operationally defined8 as follows:

IE courses are those designed at least in part to promote conceptual understanding through the active engagement of students in heads-on (always) and hands-on (usually) activities that yield immediate feedback through discussion with peers and/or instructors ......................... (A)

An elaboration of “A” has recently been given by Meltzer & Thornton10.

As indicated above, Klahr1 cautions that it’s necessary to provide a detailed “script” for how each instructional component of a method was actually implemented, so that it can be replicated in other labs. The “scripts” for IE courses are provided in ref. 8 since “A” is used as a proxy for the forty-eight IE courses (N = 4458) which are fully described in the companion paper “Interactive-engagement methods in introductory mechanics courses.” I think the T course “scripts” are so invariant and so well known to physicists and to students who have taken traditional introductory physics courses, that the abbreviated description “B” is adequate.

In conclusion:
A. Klahr’s1 Fig. 1 histogram and the research of Chen & Klahr3 and Klahr & Nigam4 suggest that if one’s goal is the enhancement of a process skill such as the “Control of Variables Strategy” (CVS) among elementary-school students then (s)he should probably consider utilizing Klahr’s direct-instruction-like “Type A” pedagogy rather than discovery learning-like Type-C method with near zero teacher guidance.

B. The present Fig. 1 histogram taken from ref. 8, its corroboration by others listed in ref. 11, and the high positive correlation of post-test conceptual FCI and problem-solving MB tests, suggest that if one’s goal is the enhancement of conceptual understanding and problem-solving ability among high-school or undergraduate students then (s)he should probably consider utilizing discovery-learning-like “Interactive Engagement” pedagogy rather than direct-instruction-like “Traditional” pedagogy.

Richard Hake is an Emeritus Professor of Physics, Indiana University, now living in Woodland Hills, CA. He is a Fellow of APS.