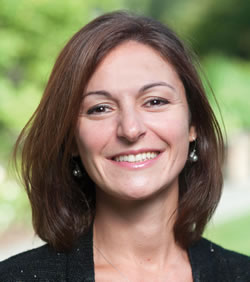 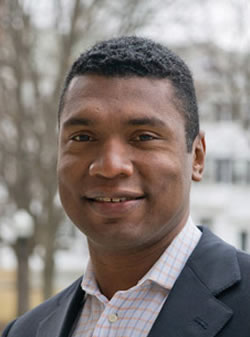 Each year APS presents two special awards; one, the Maria Goeppert Mayer Award for outstanding achievement by a woman physicist in the early years of her career, and the other, the Edward A. Bouchet Award, to recognize a distinguished minority physicist who has made significant contributions to physics research.

The recipient of this year’s Maria Goeppert Mayer Award is Feryal Ozel, an associate professor of astronomy and physics at the University of Arizona. In addition to a certificate honoring her achievement, she will receive $2,500 plus $4,000 in travel allowances to be used towards speaking at up to four US universities and at an APS meeting.

Ozel’s research delves into the extreme astrophysics of black holes and neutron stars. She said that it’s the idea of solving the mysteries of the universe that draws her in.

“Astronomy is an observational science… we typically work with clues we’re offered, so like detectives we try to put together the whole picture from the clues we can obtain,” Ozel said. “I love the fact that we can address basic physics questions by looking at these particular types of objects.

“By measuring the macroscopic properties of neutron stars, what their masses are, what their radii are, we want to be able to get a handle on what makes up their interior. Neutron stars and black holes are my specialty.”

Originally from Istanbul, Ozel found herself drawn to the idea of traveling abroad for college. Her high school teachers were instrumental in guiding her towards options in the United States.

She found the flexibility she was looking for at Columbia University in New York. She tried a couple of different areas of science before settling on a double major in physics and applied mathematics.

“It was a very enriching experience,” Ozel said. “At that time I thought of going into particle physics, but it has been the golden era of astronomy with a lot of new data coming in from satellites and Earth-based telescopes… I could still do basic physics and address the questions that interest me, but the amount of data that has been coming in in astronomy has been very exciting.”

After graduating from Columbia she received her master’s degree at the Niels Bohr institute in Copenhagen and her PhD at Harvard University. She then received a NASA Hubble fellowship at Princeton’s Institute for Advanced Study.

“That was awesome,” Ozel said. “I loved the environment at the Institute for Advanced Study… “I thought it was a great place to be a postdoc.”

From there she joined the faculty of the University of Arizona in 2005. Currently she is on sabbatical at the Radcliffe Institute for Advanced Study at Harvard. She said it’s given her a chance to work on a new range of projects.

Astronomers have been keeping tabs on a cloud of gas and dust that should pass in front of the supermassive black hole at center of our galaxy sometime in the middle of 2013. Ozel has been working on what astronomers should look for when it does. In addition she has been helping develop the next generation of satellites that will peer into the hearts of neutron stars. NASA’s Neutron Star Interior Composition Explorer, or NICER, is in development to look for the X-ray emissions coming from a neutron star’s magnetic field. If selected by NASA, it should launch in the summer of 2016. A similar mission, the Large Observatory for X-ray Timing, or LOFT, is in development by the European Space Agency and slated to launch in 2022. Ozel is doing theoretical work on what these telescopes should look for.

“I am very excited about these missions,” Ozel said. “There’s also data coming in at other wavelengths.”

When not unraveling the mysteries of the neutron stars and black holes, Ozel is an avid triathlete. She recently ran a half Iron Man in Phoenix, Arizona where she placed third in her age group, and a sprint triathlon in Tucson where she placed first. She’s planning to run the Boston Marathon in the spring.

Though she is always involved with new and exciting projects, family is just as important to Ozel. She and her husband, who’s also an astrophysicist, have made a big effort to be as involved as possible in their six and eight year old daughters’ school and activities.

“It’s not always easy,” Ozel said. “Anyone will tell you it’s a juggling act, and I completely agree with that.”

For this year’s Bouchet Award recipient, Stephon Alexander, jazz and theoretical physics go together like peanut butter and jelly.

“I’ve gained a lot of inspiration from the art and practice of music,” said Alexander, who is a jazz musician himself. “The idea is that you have sharply tuned tools… [and] you can use these tools to make new creations.”

Whether these tools are quantum gravity or his saxophone, Alexander likes to use them to explore new ideas and concepts. To him a big part of the process is learning from mistakes, whether they are arrangements that just don’t work out, or calculations that ultimately don’t add up.

“It’s exactly those mistakes that tell you how close or far you are from the correct answer,” Alexander said. He added that he uses intuition and free association to explore new ideas, “but at the end of the day if you’re on to something, you can use tools to get the answer.”

Alexander is an associate professor of Physics and Astronomy at Dartmouth. He will receive $3,500, plus travel to an APS Meeting to receive the award and deliver a presentation on his work, as well as funds to cover travel to at least three academic institutions to talk about his research.

How matter won out over antimatter, and what that has to do with quantum gravity is the central question behind much of Alexander’s work.

“I use cosmology as a window to probe fundamental physics such as theories of quantum gravity and theories beyond the standard model,” he said.

The path that brought him to theoretical cosmology was anything but straightforward and was full of unexpected turns and career changes.

Alexander was born in Trinidad, and moved with his family to the Bronx when he was eight. He went through the public schools in New York and counted himself lucky to have had the science and math teachers he did. He remembers many of his high school teachers as having advanced degrees so they could talk about everything from the fundamentals of physics, to what was cutting edge.

“I think growing up in a very diverse background in the Bronx really made a difference because in my field, it’s so international,” Alexander said.

After he finished high school, he went to Haverford College in Pennsylvania. Starting out he was unsure of what path to take.

“I had really no ambitions to become a physicist,” Alexander said. “I knew I liked physics, and I knew it came a little bit easier than some of the humanities. But I didn’t really think I was going to be a physicist.”

Then during his freshman year, he met physics professor Lyle Roelofs, who became a role model for Alexander.

“He worked me very hard. He had very high expectations but at the same time he made it known to me that physics was available to me if I wanted to pursue it.”

At around the same time, Alexander was introduced to Jim Gates at a National Society of Black Physicists meeting. Gates made a major impression on Alexander. He realized that people of any ethnicity could be theoretical physicists.

Alexander delved into studying physics, and was involved with research for three of the four years he was at college. After receiving his BS, he went to Brown University initially with the intent to study experimental quantum optics.

Once he arrived though, his focus changed and he started researching neuroscience with Nobel Laureate Leon Cooper. Alexander got his first real taste of cosmology when he decided to write his dissertation on neural networks applied to large-scale structures in the universe.

He traveled to Imperial College in London for his postdoc, where he studied how cosmic inflation could arise from string theory. During the summers, he worked on string theory at Columbia University with Brian Greene.

After his stay in London, Alexander traveled to SLAC to continue pursuing the connection between the origin of matter in the universe and inflation after the Big Bang. It was there that he started thinking about handedness in nature. Only one force, the weak force, has a preferred handedness. Alexander postulated, however, that gravity might be a sort of sister force to the weak force and might also have a preferred handedness in certain quantum regimes.

“It’s going to be a new unified theory between gravity and the weak interaction,” Alexander said.

When not unraveling the mysteries of quantum gravity, Alexander has been also been delving into the mysteries of music. He’s been working with mathematicians at Berkeley looking for organizing principles that might apply to music harmonic structure.

“Why and how music works in terms of principles of physics?” is the central question he’s been looking at. “It’s also a good teaching tool. It’s a good way to get students interested in physics.”

He’s also been working on his own jazz album with a producer in New York.

He said that he was honored to receive the award. “It came as a shock, I wasn’t expecting this kind of recognition from my colleagues,” Alexander said. “The past winners are all people I’ve looked up to.”

He added that he plans on using the award to talk about his research at other institutions, and to get more young people involved with science.

“It’s important for me to pass on the torch and to mentor other minorities in physics and in particular to identify and have some PhD students of my own from those backgrounds.”