The Benefits and Risks of Laser Isotope Separation 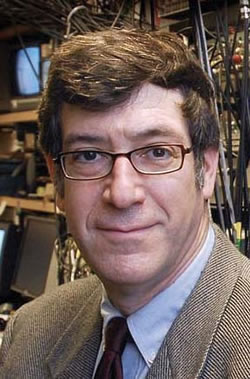 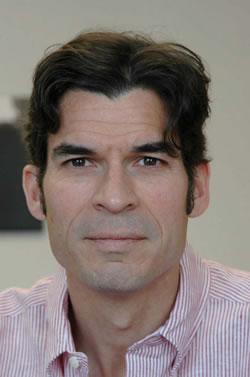 A Primer on the Technical Issues

Uranium enrichment is a step in the process to convert uranium ore into either fuel for nuclear reactors or material for nuclear weapons. Mined uranium ore is made up of roughly 99.2% U238 and 0.72% U235. Only the latter isotope is fissionable, and so in order to make reactor fuel or weapons material, the U235 concentration must be increased.

Over the last 60 years, enrichment technologies have shown exponential improvements in efficiency, which could benefit the world by providing somewhat cheaper nuclear energy, although fuel cost has never been the primary driver of the cost of nuclear power. Those improvements can also come with increased security risks.

The proliferation risks of an enrichment technology can increase as the technology becomes more efficient. In general, if the enrichment facility occupies a very small space, its construction may no longer be observable through satellite surveillance. And, if it operates on very low power, it may no longer require an observable dedicated power source or have a detectable heat signature. An extremely efficient enrichment facility could be below the detection limit thereby creating substantial global security risks.

APS has petitioned the Nuclear Regulatory Commission to require applicants for an enrichment or reprocessing license to provide an assessment of the potential proliferation risks that construction and operation of the facility might pose.

Editor's Note: Last summer, the Federation of American Scientists (FAS) hosted a debate on its website (www.fas.org) between Mark Raizen, Professor of Physics at the University of Texas, Austin, and Francis Slakey, Associate Director of Public Affairs at APS. The subject of the debate was “The Benefits and Risks of Laser Isotope Separation.” The text of their debate, reprinted with permission from FAS, follows below.

Mark Raizen
Our planet contains vast natural resources, still largely untapped. These resources hold the promise of detecting and treating cancer, saving energy, making new materials, and advancing basic science. What are these valuable resources? Where can they be found? How can we make them available?

Here are just two examples of rare isotopes that could be widely used if only they were less expensive : Nickel-64, a stable isotope with a natural abundance of only 1 percent.  It can be converted in a medical accelerator to Copper-64, which is a short-lived radio-isotope with great promise for PET scans and cancer therapy. Calcium-48 is a stable isotope with a natural abundance of 0.2 percent. It is used as a diagnostic for osteoporosis in women, bone development in children, and for a basic physics experiment that may determine the mass of the neutrino.

The only general method for separating such isotopes dates back more than eighty years. This method, known as the Calutron, is today only operating in Russia, with an obsolete technology that is facing imminent shutdown. Without an alternative approach, most rare isotopes will not be available in the future at any price. The looming shortage of crucial isotopes is a national priority. As discussed in a 2009 report of the Nuclear Science Advisory Committee to the Department of Energy, “Isotopes for the Nation’s Future,” one alternative is laser isotope separation. Although isotopes are almost identical in every manner, the wavelengths of the atomic transitions of different isotopes are slightly shifted from one another.

This “isotope shift” makes it possible to excite only one isotope with a narrow-band laser, leaving the others unaffected. The common wisdom until now has been that one must use lasers to selectively ionize the desired atoms. However, it turns out that in order to have a large probability for ionization, very high laser power at multiple colors is required. The scale is so large that it required a government effort, with one dedicated goal: laser isotope separation of uranium. This effort was ultimately terminated in 1999, mainly due to the high cost and complexity of the lasers, and to the best of my knowledge is not being pursued. Laser separation of a molecular compound of uranium is still being pursued commercially by GE-Hitachi. I have followed this work from a distance, and always felt there must be a solution which would be simple and cost-effective for the many smaller-scale isotopes that are needed. It came from an unexpected direction.

Over the past few years, my research has focused on developing general methods for controlling the motion of atoms in gas phase. The successful realization of these methods uses single photons to control the magnetic state of each atom, followed by magnetic manipulation. This work is reviewed in an article that I wrote for Scientific American,  published in the March 2011 issue. I realized that these very same methods can also be used for efficient isotope separation with low-power solid-state lasers, a paradigm shift from ionization. We are pursuing this avenue with a proof-of-principle experiment, soon to be completed. This will then be applied commercially towards production of important medical isotopes, where the need is most urgent. In fact, this could save your life!

We live in exciting times, as we learn to control the physical world on the atomic and molecular scale. These are powerful developments that can bring many benefits to mankind, but can also be intimidating to some. In particular, the topic of efficient isotope separation can evoke a fear of nuclear proliferation, but is that really true?

In fact, our methods will actually be used to reduce the risk of proliferation. How can that be? Consider Technecium-99m (Tc-99m). This short-lived radio-isotope is used for medical imaging and is a major tool in nuclear medicine. Today, all Tc-99m is produced using weapon-grade uranium as a target in a nuclear reactor. The need to use such weapon-grade uranium poses a serious risk of proliferation, and the US has led a worldwide effort to halt this mode of production by 2016. An alternative is to enrich a stable isotope, Molybdenum-100, which can be converted to Tc-99m by a clean nuclear process. You can read more about this topic in an excellent article by Tom Ruth (published in the October, 2009 issue of the newsletter of the APS Forum on Physics and Society and available online–Ed.). Our method of laser isotope separation can be used to produce enriched Molybdenum-100, and will therefore be an important tool in stopping nuclear proliferation.

Could our method be used for enrichment of uranium? That is a valid concern, and we should certainly pause and reflect, as suggested by Francis Slakey. My best guess is that the application of our method to uranium is unlikely to be competitive with existing methods.

The basis for our approach is laser activation of the magnetic state of an atom, requiring a relatively simple atomic structure. Uranium has a very complex structure, which may not be amenable to this new process. It is perhaps tempting to say that a method for enriching one isotope could also be applied to another. However, each element is unique in its physical and chemical properties. For example, the starting point for most atomic laser separation projects is to heat the solid material and vaporize it, forming an atomic beam. According to unclassified documents on the laser uranium separation project, it took years to find materials that do not react chemically with hot uranium metal. In contrast, many elements, such as calcium or ytterbium, are routinely used in atomic beams in research laboratories and do not have those problems. Similarly, the atomic structure and required lasers are unique to every atom.

With so many evident benefits we should not fear the future. We should look instead to the past and be inspired by the words of the great Marie Curie who said:  “I am one of those who think like Nobel, that humanity will draw more good than evil from new discoveries.”

Francis Slakey
Over the last 15 years I’ve criss-crossed the globe and witnessed its full range of stories. And when you see dust kick up from the bare feet of a tribeswoman walking 5 miles to get water, you realize that we face enormous global challenges, including climate change, pandemics and access to clean water, to name just a few. Regardless of our individual views on any of those issues, I’m sure that we can all agree on one thing: let’s not add more challenges to the list. We have enough to deal with.

So, when the research that we carry out has the possibility of creating significant risks, then we should pause, reflect, and make sure that we don’t add yet another burden to an already challenged world.

Biologists did just that–pause and reflect–in exemplary fashion a few months ago when they confronted the H5N1 issue. Concerned about potential security risks associated with publishing particular work on airborne transmission of avian flu, the relevant community of biologists put a self-imposed pause on research to consider the implications and challenges. It was thoughtfully done, with only modest reluctance from some scientists, and with benefit to all.

We are now at a moment when it would be fruitful for the relevant members of the physics and engineering communities to carry out a similar examination of the risks and benefits of some areas of isotope separation research.

So far, we’ve gotten lucky in uncovering when countries are developing nuclear weapons programs. However, new isotope separation technologies are emerging that are smaller, more efficient and harder, if not impossible, to detect. The technologies are in various phases of development, from basic research to commercialization. Consider this:

Global Laser Enrichment, a joint venture of General Electric-Hitachi, is constructing and evaluating a laser-based method of uranium enrichment (SILEX) that is substantially more efficient and could leave little prospect for detection if stolen and acquired by a rogue group.

Mark Raizen has developed a method of single-photon isotope separation using a magnetic trap and low-power laser excitation for a more efficient method to develop much-needed medical isotopes. His technique isn’t intended to enrich uranium, although the potential may well be there.

These risks of more efficient isotope separation are well known to the US government. For example, the SILEX technology under development in North Carolina was the subject of a multi-agency proliferation-assessment report, which conceded that “Laser-based enrichment processes have always been of concern from the perspective of nuclear proliferation…a laser enrichment facility might be easier to build without detection and could be a more efficient producer of high enriched uranium for a nuclear weapons program.”

The report ominously stated that it seemed likely that the technology would “renew interest in laser enrichment by nations with benign intent as well as by proliferants with an interest in finding an easier route to acquiring fissile material for nuclear weapons.”

So the risks of enrichment technology are well documented, and the consequences of the proliferation of the technology are clear and present, most immediately in Iran.

Of course, the easiest path for our research community would be to claim that these risks are someone else’s responsibility–we are scientists after all, not police. Yet, the biologists didn’t take that easy path. They broadened their sense of responsibility outside of the lab. They paused, considered, deliberated. And there is a practical reason for doing this. If scientists don’t consider the risks, we leave it to others to decide. And we may not like what they conclude.

What would we conclude from pausing and carrying out our own “stress test”? I can’t predict the outcome. In the case of the biologists, they strengthened their system with a centerpiece called the National Science Advisory Board for Biosecurity that monitors “dual-use research of concern” and it has received enthusiastic endorsements from scientists. The biologists came out of the process stronger. So can we.