Disappearing heat and the dog that did not bark 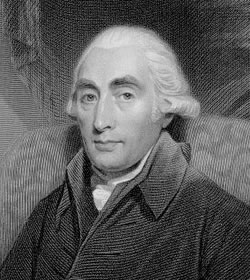 Ed. Note: This column has been contributed by guest writer Richard Williams.

One of the most primitive human skills, known from ancient times, is our ability to tell whether an object is hot by touching it. It feels hot because of its energy content, “sensible heat.” But there is a more subtle form of heat, recognized only more recently. We can’t detect it by touch, yet evidence of its existence is all around us.

Melting ice, for example, absorbs a large amount of heat without any increase in temperature. The evaporation of water absorbs even  more heat without a temperature change. When the process is reversed and water freezes, or the vapor condenses, this “latent heat” returns to the environment. The latent heat stored in ice and water vapor has a profound effect on weather and climate.

Early scientists were unable to grasp the concept of latent heat, which seemed to disappear and then reappear later, somewhere else. To make matters worse, at the time, the distinction between heat and temperature was poorly understood, and the instruments to measure them were crude and unreliable. Finally, however, in a brilliant leap of scientific intuition, the bizarre behavior of latent heat was unmasked by a modest Scottish  scientist, Joseph Black, 1728-1799, who discerned a profound truth hidden in poorly understood and seemingly unrelated observations.

Black meditated on Fahrenheit’s experiment, and on his own observations of the slow melting of ice. Taken together, the two suggested that a large quantity of heat was absorbed as ice melts, and a corresponding quantity released by the freezing of water. Starting from this simple insight, he soon realized that a form of heat must exist that mysteriously disappears and reappears as water changes phases. Black based his reasoning in part on the fact that something expected to happen did not. [Sherlock Holmes used similar logic to solve a puzzling case by noting that a dog at the crime scene had not barked, though it was expected to.]

Before Black’s work, scientists expected that if one warmed a cold piece of  ice to the freezing point, a minute quantity of additional heat would melt the ice entirely. Black showed that the expected thing did not happen. In lecture demonstrations he showed that equal weights of ice and water, both at 0° C, warmed equally by the air of the lecture hall, behaved very differently. Over a period of time, the water warmed by many degrees. The ice did not melt as expected, but most remained, along with a little water, at 0° C. He used the absence of an expected effect, “the dog that did not bark”, to argue the case.

He pointed out an important effect of latent heat on the melting of snow and ice in nature. “If the complete change of ice and snow into water required only the further addition of a very small quantity of heat, the mass, though of considerable size, ought all to be melted in a few minutes or seconds more. Were this really the case, the consequences would be dreadful. Even as things are at present, the melting of great quantities of snow and ice occasions violent torrents. But were the ice and snow to melt... suddenly ... the torrents would be incomparably more dreadful.” The latent heat that Black discovered greatly slows the melting of snow and ice. He gave the first account of this work on April 23, 1762 at the University of Glasgow.

Having established the existence of latent heat in the melting of ice, Black turned to the vaporization of water. From his lecture notes: if a small quantity of heat added to boiling water could convert it all to vapor, “the undeniable consequence of this would be an explosion of all the water with a violence equal to that of gunpowder.” Since this does not happen, he concluded that a large quantity of heat must be added, even though there is no change in temperature, “and I gave it the name, latent heat.”

The concept of latent heat was soon applied to industrial practice. James Watt was a student of Black and cooperated with him in his work. Watt’s early knowledge of latent heat enabled him to manage heat in the steam engine, improving it from a crude and inefficient machine into the powerful  driver of the industrial age. With ice, recognition of latent heat allowed one to design ways to use heat insulation, so that ice could be stored for months without melting, even in the warmest climates. An industry arose in the US, shipping ice cut from northern lakes in winter to Cuba, India and other warm countries. In the early 19th century, ice was one of the most important US exports, exceeded only by cotton. Writer Henry David Thoreau, a relentless critic of technology, in 1854 expressed his disdain for both the ice export and the steam engine in a single sentence;  “Men think it necessary that the Nation have commerce, and export ice... and ride thirty miles an hour;  ... if railroads are not built how will we get to heaven?”

Joseph Black was born on April 16, 1728, one of twelve children. Pressed by his father to study medicine, he enrolled at the University of Glasgow, then went on to receive his medical degree in 1754 from the University of Edinburgh. He joined the faculty at Glasgow and made most of his discoveries there. He published very little of his works. What is known about them comes from occasional public lectures and  from careful lecture notes made by his students. In addition to the discovery of latent heat, he first clarified the concept of specific heat, and showed how it varied from one material to another. He also discovered carbon dioxide, and showed how it was related to other gases and to mineral carbonates. Finally, he joined the  faculty at the more prestigious University of Edinburgh. His lecturing skills were legendary, models of order and precision, with demonstration experiments, always successful, attracting many students from different fields.