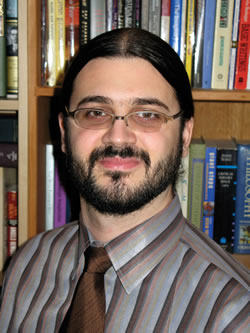 Worrying Trends
Despite having an exceptional history of producing world-leading researchers, graduate physics education in the US faces stiff challenges.  While the number of doctorates awarded has increased since a historic low around 2000, overall growth in physics PhDs has been stagnant since the great boom of the postwar era and has not kept up with the growth in many other STEM disciplines.  Compounding this problem is the fact that the number of PhDs awarded to US-born citizens has been stagnant or declining for some time, which is a worrying trend for policy makers and those concerned with long-term US economic prospects. For our community, the decline in physics interest among domestic students and the consequent drop in persistence through graduate school is a concern because it implies that we may not be recruiting and retaining students who have the potential to thrive in future physics pursuits.  Compounding this issue, as growing economies around the world develop more competitive research communities, it will become more difficult to retain the most highly-skilled individuals, especially those who were not born in the US.

As has been discussed before, there are persistent concerns about underrepresentation which are more of an issue in physics than most other STEM disciplines. The representation of women in physics is increasing, albeit quite slowly:  currently, only 19% of doctorates are awarded to women. Less well articulated has been the continued failure to attract and retain representative numbers of students from traditionally underrepresented racial and ethnic minorities (a total of 6% of doctorates are awarded to African-American, Hispanic, and Native American students combined). Furthermore, these numbers are not appreciably changing; they may, in fact, be declining slightly. Additionally, there is a proportionately larger drop in minority student enrollment between undergraduate and graduate school–a drop from about 10% to 6%. This “gap” in participation promises to become increasingly problematic for physics as the US population becomes more diverse with a larger fraction of college students coming from currently underrepresented groups. It is also a concern for these students since the perceived barriers in physics limit their access to the social and economic capital associated with being an active participant in the discipline.

The Doctoral Experience
Similar to other STEM fields, the time needed to get a physics doctorate is getting longer on average. This is due, at least in part, to the increasing specialization of most research disciplines. Thus, new researchers must spend more time and effort learning what has been done in the past and getting to “new” findings. But this reality also means that students must spend an ever-increasing fraction of their lives getting “prepared” for their research careers. At the same time, the education system, research faculty, and, effectively, education funding sources must invest greater effort and resources in the education of graduate students. It is difficult to track retention rates exactly, since doctorates are not of a fixed duration, but it appears that approximately 1 in 3 of those who begin a doctorate in physics do not complete it. Some will leave with an MS; others will not. While we should not expect retention rates to be 100%, we should also not be callous or ambivalent about retention rates given the substantial amount of time and resources invested by students, faculty and administrators in graduate education. The dearth of data on what works best should compel investigations into how to organize graduate programs to effectively find and prepare researchers with the least amount of “unnecessary” delay.

Studying graduate education, however, is in some ways more difficult than studying physics education at the K-16 levels. By its very nature, graduate education is more specialized and individualized than other levels of education.  A thesis or dissertation should be a unique and substantial contribution to the scientific corpus. Thus, in certain respects, we should expect the variance in graduate experiences to be greater than at other levels of education.  However, there are well-known “canonical” experiences in graduate programs regarding, for example, course taking, publication expectations, and research-group practices so, as we and other researchers have shown, the concerns of graduate programs are amenable to analysis.

Several years ago the physics community was given another very big reason to be concerned about the realities of graduate school. In 2004, APS reported on the findings of a task force that was formed in the wake of a few high profile data falsification scandals. The task force conducted a survey on ethical abuses, and, perhaps surprisingly, found that “unethical treatment of subordinates” was a widespread concern among junior members with somewhat disturbing descriptions of such treatment. This further emphasizes the need to think carefully about the nature and structure of graduate education in physics. In many respects, graduate students are the engine driving research in many laboratories and research groups. It behooves us to ensure that they are treated with proper respect and consideration.

Peeling Back the Layers
In our research on graduate education 1, we have tried to shed light on some of these concerns. One important finding of our work, which goes to questions about recruiting students and preparing them for research careers, is that students’ motivations matter: the reasons that students choose to pursue graduate school has a measurable and significant influence over their career outcomes. Specifically, we found that students who go to graduate school primarily because of their intrinsic interest in thinking about science (rather than due to receiving good grades, fellowships, family encouragement, and a host of other motivations) become more productive scientists, as measured by their publication and funding rates. While true scientific productivity is difficult, if not impossible, to faithfully and comprehensively measure, we can interpret publication and funding rates as partial proxies for scientific output. The importance of this finding lies in recognizing the reality that student motivations are often ignored throughout the education system and, especially in graduate school, it is often taken for granted that students have enough of the appropriate drive to succeed. Instead, these results indicate that we should be encouraging and providing mechanisms for students to develop their intrinsic motivations towards physics as this will likely lead to a deeper lifetime attachment to learning and discovery and, ultimately, scientific progress.

In addition, external structural factors play a significant role in sustaining engagement. As mentioned, doctoral completion times are important (especially in the minds of currently-enrolled students!) and they have steadily risen in recent decades. These times have consequences for students’ careers. For men, we found that, controlling for a number of factors expected to influence salaries (for example, field, type of employer, seniority, etc.), quick finishers have greater salary prospects. Disturbingly, for women, this is not the case: on average they earn the same salaries independent of their doctoral completion time, which is at the low end of the salary scale for men. On the other hand, surprisingly few student factors significantly influence completion times (for example, gender, motivations for graduate school, prior research experiences, etc., do not affect completion) but departmental-and institutional-level factors certainly do (such as required course-taking, teaching loads, etc.). The evidence points to the fact that doctoral completion times are, in large part, out of the control of individual students; however, they do affect the career prospects of men. For women, it appears that gender-bias effects have a deleterious effect on their prospects regardless of doctoral completion times.

It is important to consider how this latter finding actually comes about in practice: it may be that potential employers, faculty advisors/mentors, or female students themselves undervalue their potential and, subsequently, do not receive the best offers and/or do not negotiate the employment terms they deserve. To some extent, all three of these factors may have an effect at different times. However, the important aspect to keep in mind is that in our data and elsewhere there are no measurable differences between women and men in terms of their actual scientific merit and productivity through the end of graduate education (and beyond), so these gendered effects require further study and attention in order to eliminate their impact. Furthermore, the link between doctoral completion time and salary for men is also troubling given that doctoral completion time appears to be largely independent of a student’s true merit. Thus, caution is necessary when considering completion time in the evaluation of an individual’s potential. For example, those who undertake riskier research topics, use less well-developed methodologies, or join large, multiple-institution projects may experience delays for reasons that are completely meritorious.

Looking Forward
While interviewing scientists around the country, one of our observations was that many faculty mentors tend to replicate their graduate school experiences, regardless of whether they reported their experiences to be positive or negative. If their experiences had been positive, then they saw themselves as providing similar benefits to their students; if negative, they often took the position that the experiences were somehow necessary, formative, and/or beneficial (“building character”). This highlights the tendency for graduate practices and structures to be reinforced over time whether or not they are beneficial for learning.  By continuing to conduct careful and detailed research into graduate education, we can hope to better understand the effect of different practices, uncover why and how they influence graduate education, and make policy recommendations based on evidence.

One initiative that may shed light on the process of graduate education and help to alleviate some of the representation problems of physics is the current effort by APS to develop a “Minority Bridge Program” (MBP) for students from traditionally underrepresented backgrounds. Among other activities, this program will build recruiting relationships and faculty partnerships between doctoral-granting institutions and undergraduate institutions that have had success in attracting and preparing minority students towards bachelor’s degrees. Through “bridging experiences”, the program will help students who have the potential to succeed in a doctorate transition from their undergraduate institution to a doctoral-granting institution. Given the small numbers of minority students who currently receive doctorates, the MBP provides a real opportunity to realize the APS goal of bringing the proportion of minority students at the PhD level into parity with their undergraduate representation by 2020. Beyond the direct impacts, the initiative also promises to be useful in helping us to understand how better to prepare all students, regardless of race, ethnicity and gender, to transition from undergraduate to graduate studies. This is critically important if we are interested in expanding the pool of talent to those who may not have been able to navigate the traditional hurdles (for example, the GRE, inadequate undergraduate preparation, comprehensive exams, etc.) despite having the potential to be exceptional physicists.

What is the future of doctoral education in physics?  Will our community take advantage of these and other opportunities to grow and improve the preparation of future researchers and educators? Only through concerted effort and careful research can we hope to mirror the ongoing successes of reform in undergraduate physics education. However, with a growing number of researchers taking doctoral education seriously and with the weight of professional societies like the APS behind this work, we can be cautiously optimistic that these efforts will begin to transform graduate education in constructive ways.

Geoff Potvin has been an Assistant Professor in the Department of Engineering & Science Education and the Department of Mathematical Sciences at Clemson University since 2008, and is the Graduate Coordinator of Clemson’s PhD in Engineering & Science Education. Previously, he completed a doctorate in theoretical physics at the University of Toronto and held a postdoctoral position in science education at the University of Virginia.